Discovering Earth at the library

Traveling exhibition teaches kids about the mysteries of the world 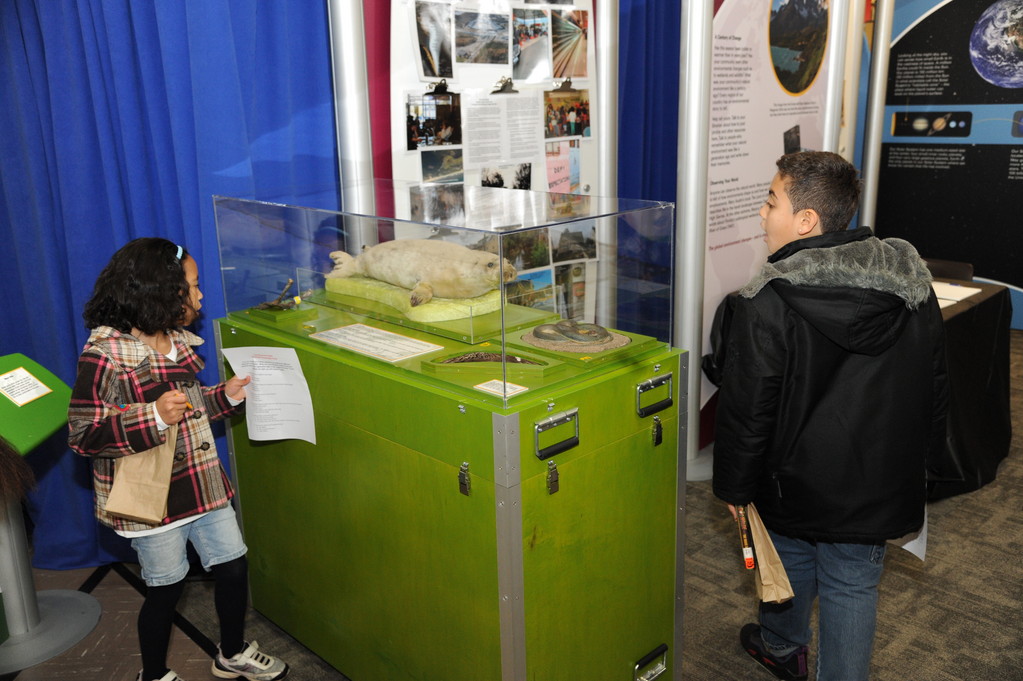 Julia Caret, 8, and Michael Morales, 11, checked out a stuffed seal, one of the displays at Discover Earth.
Donovan Berthoud/Herald 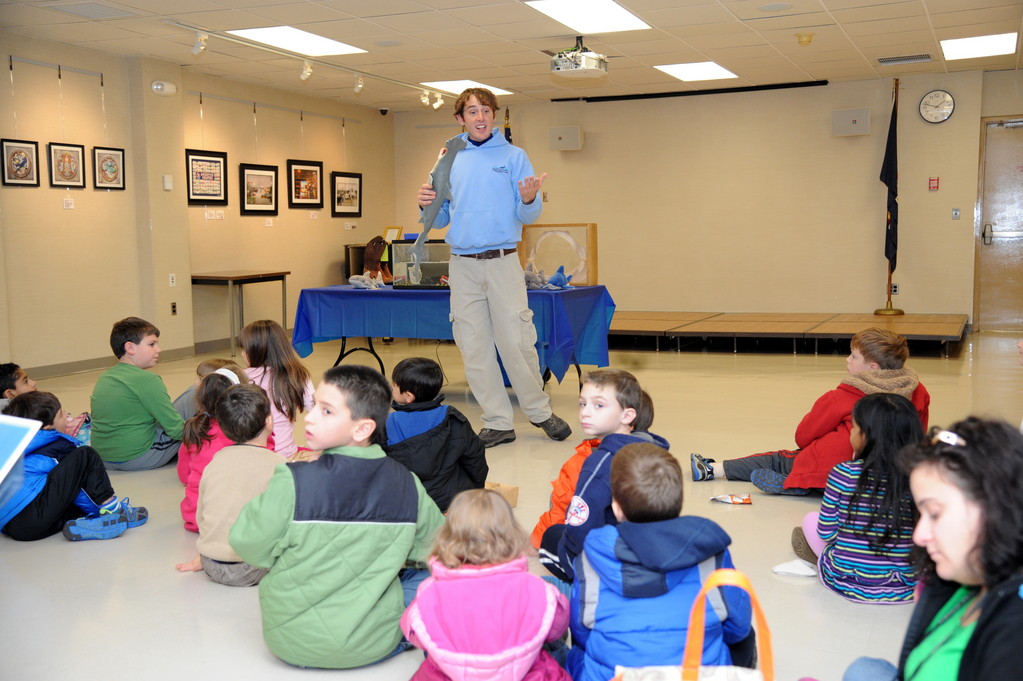 Chris Brady, from the Long Island Aquarium in Riverhead, spoke to kids about sharks during the opening day of the East Meadow Public Library’s Discover Earth exhibit. Brady brought live chain catsharks for the children to observe.
Donovan Berthoud/Herald 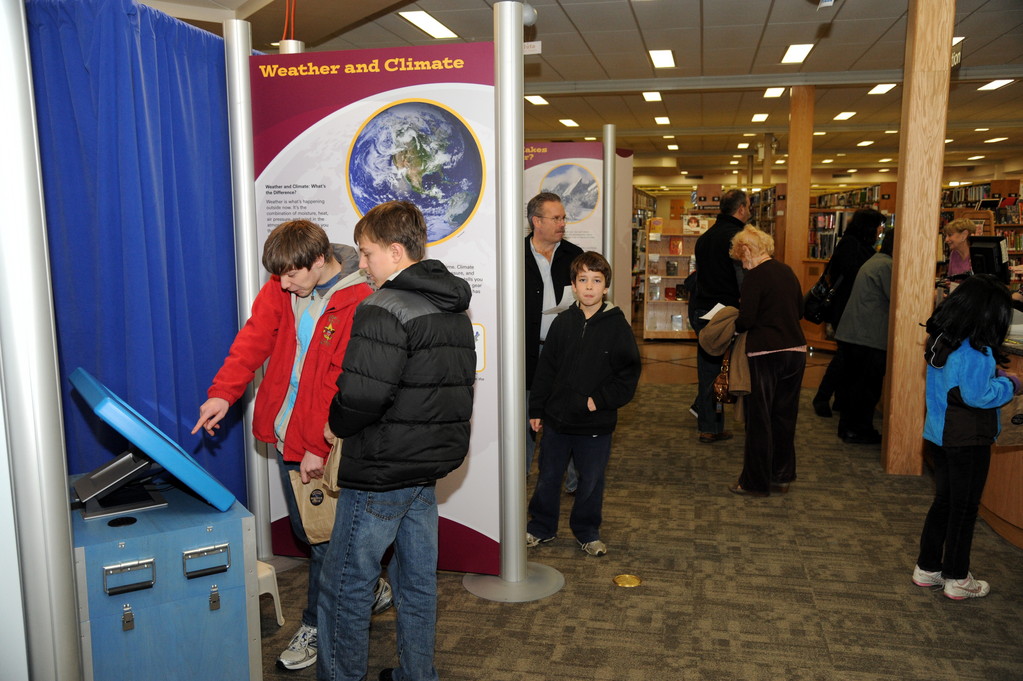 Hundreds of residents visited the East Meadow Public Library last weekend to check out the Discover Earth traveling exhibit. The library was one of just 10 in the country to receive the program.
Donovan Berthoud/Herald
Previous Next
By David Weingrad

An astrophysicist, a geologist and an astronomer walk into a library. No, this isn’t the setup to a joke — that’s actually what happened at the East Meadow Public Library last weekend.

On Sunday, the library celebrated the opening of Discover Earth, a traveling exhibit comprising large touch-screen computers that allow patrons to learn about our planet in a fun, interactive way. The exhibit was funded by a grant from the National Science Foundation, and is part of the STAR Library Education Network, led by the National Center for Interactive Learning at the Space Science Institute.

The East Meadow library is one of just 10 libraries in the country to receive the exhibition, and the only one in the Northeast.

In conjunction with the exhibition, the library also scheduled programs throughout the day that were led by experts in a variety of fields. Hundreds of residents learned about weather, geology, astronomy, marine biology and more. “I really like all the exhibits they set up because I got to learn more about Earth,” said Nicholas Spinato, a third-grader at Barnum Woods Elementary, who added that his favorite was the Wild Weather exhibit.

“The best part of Discover Earth is not simply the amount of knowledge available to the participant, but the fact that it stimulates each of us, no matter what age, to learn more,” said Jude Schanzer, the library’s director of public relations and programming.

Many of the experts who were booked by library officials live in East Meadow, like Dr. Nehru Cherukupalli, who was a professor of geology at Brooklyn College for more than 45 years before retiring in 2011. Cherukupalli stood at a table lined with dozens of different rocks, and challenged kids to identify them. “If they can learn what local rocks look like, that’s the most important thing,” he said. “They should know what local rocks Long Island is made up of.” He added that granite, gneiss, schist and quartzite are among the most prevalent local rocks.