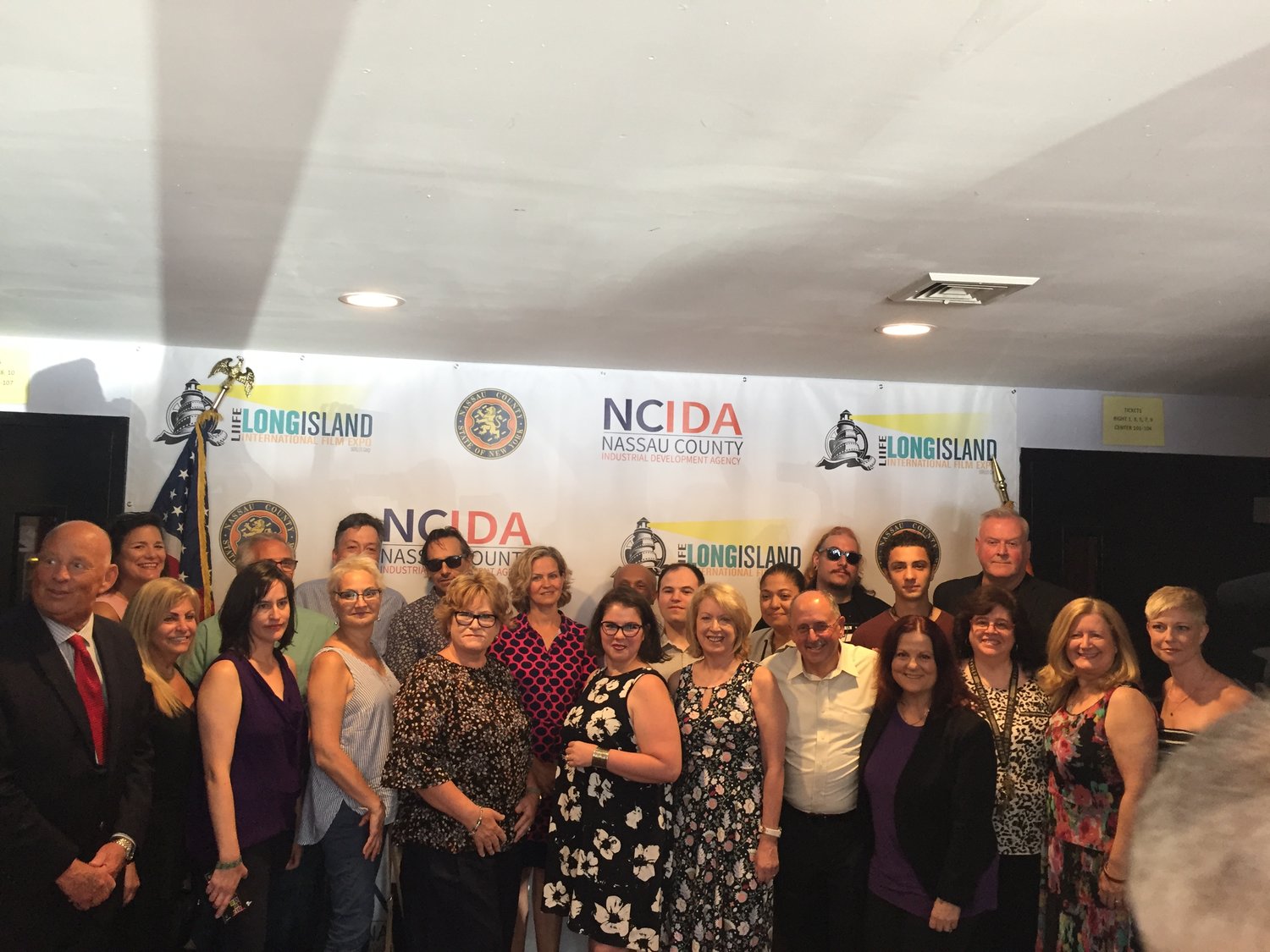 Max Hechtman, 11th from right, screened his film “Youth Suicide Prevention: Stories of Strength and Hope” at the 22nd Long Island International Film Expo on July 13. He was one of many filmmakers who appeared at a press conference with County Executive Laura Curran, to his right, to kick off the event.
LAUREN LAMAGNA/HERALD 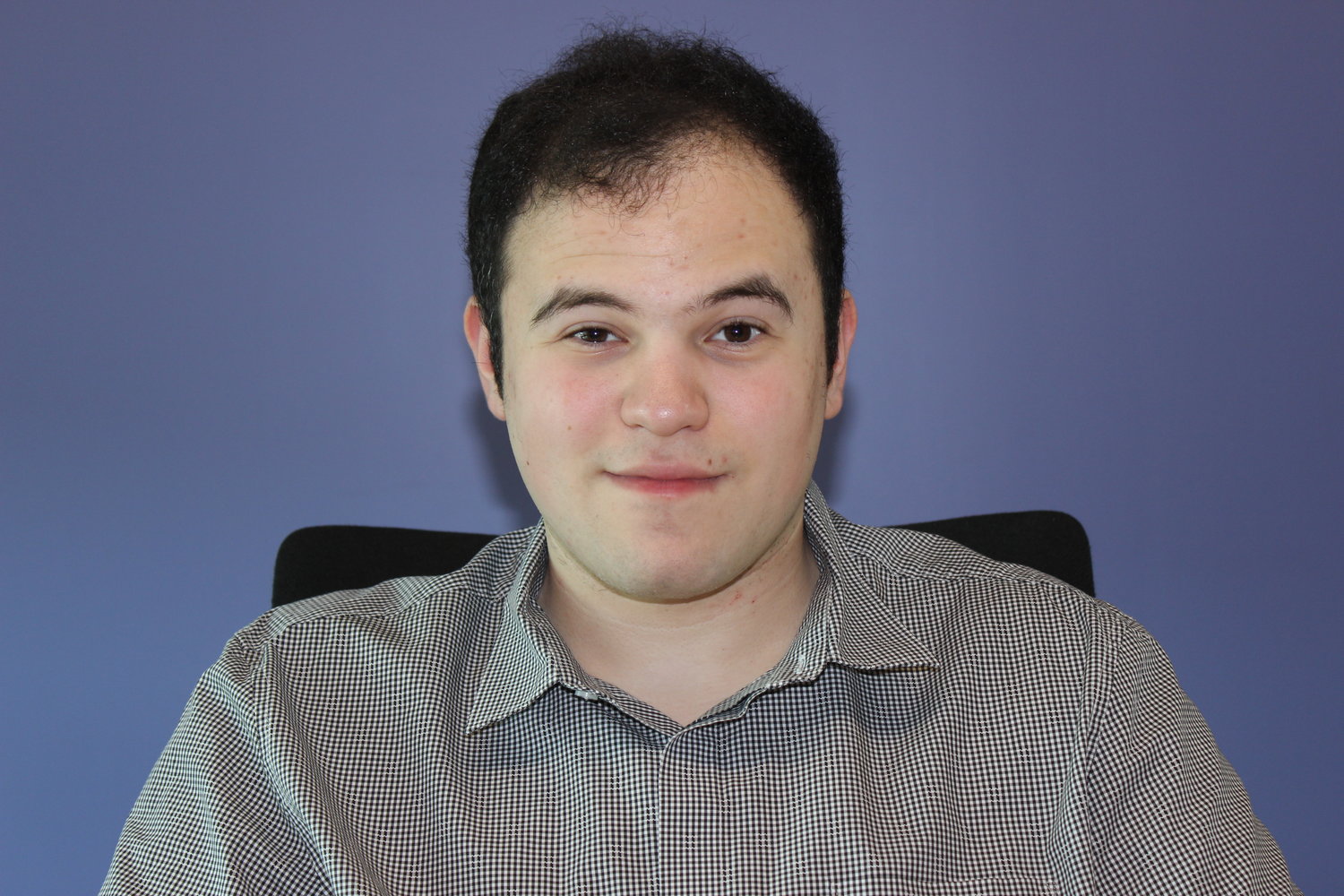 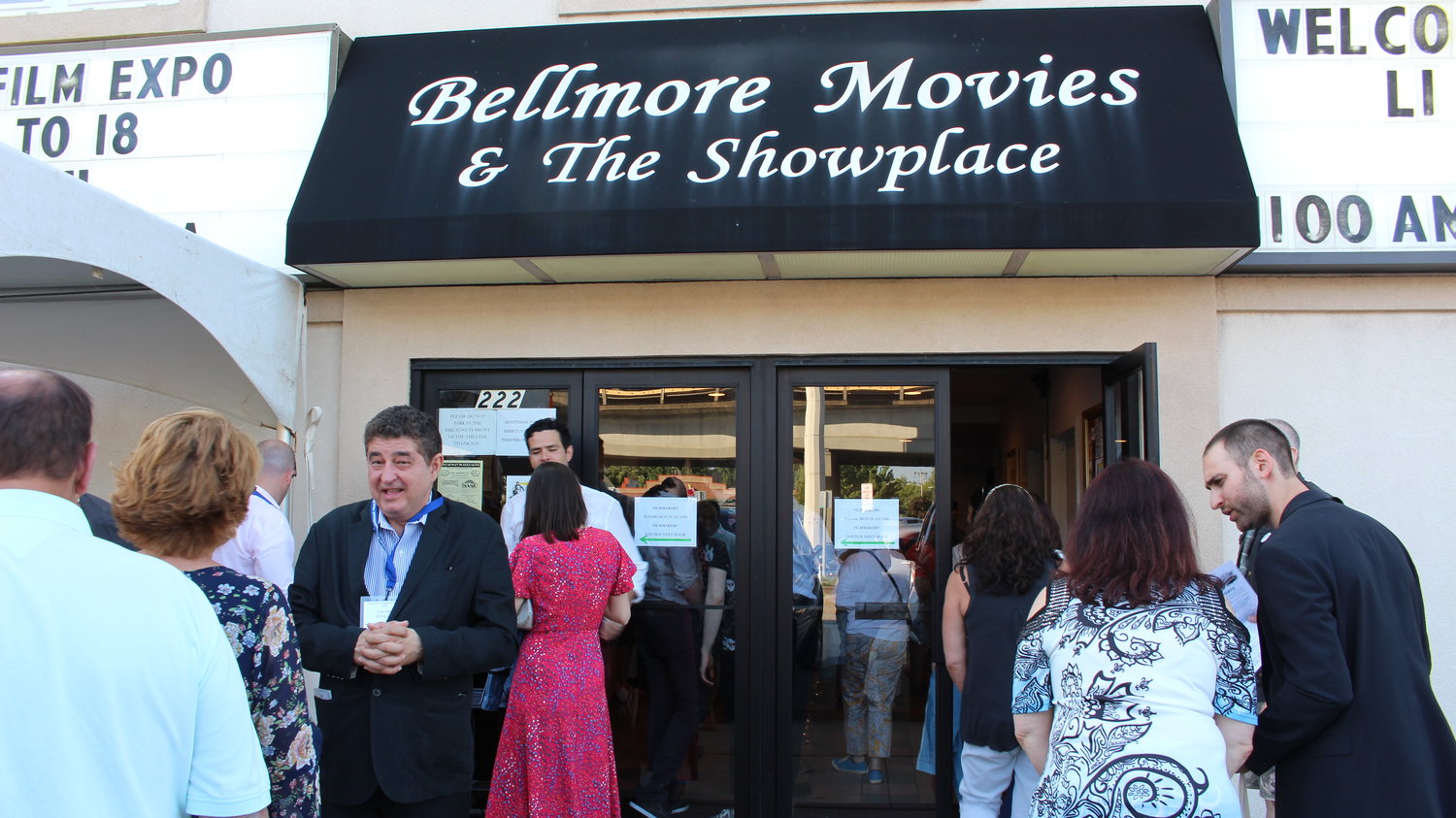 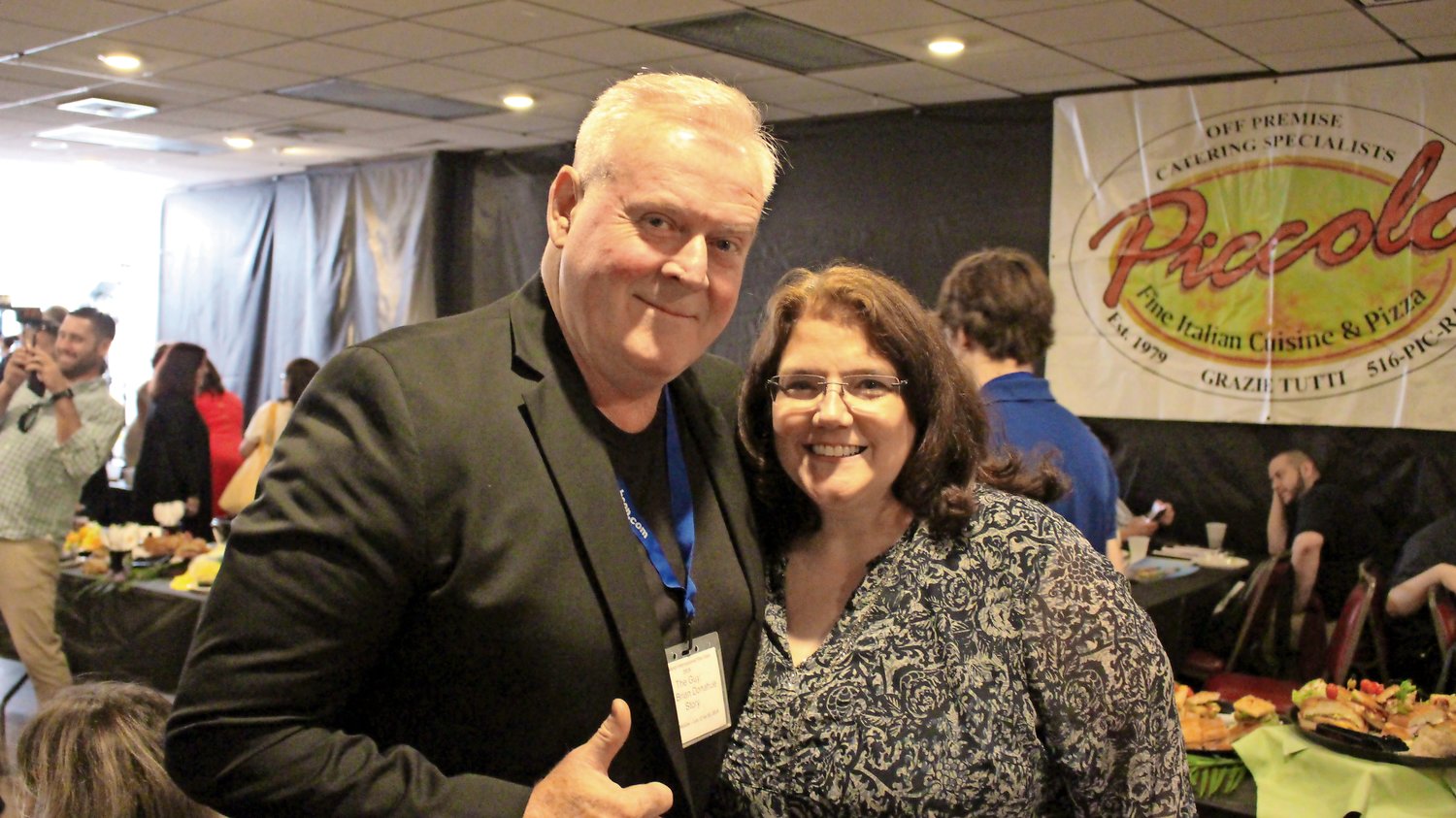 Also featured at the festival were Brian and Lori Donohue, who screened their documentary “The Guy: The Brian Donohue Story.”
ANDREW GARCIA/HERALD
Previous Next
By Brian Stieglitz

Over the past year, Max Hechtman has seen his documentary “Stories of Strength and Hope: Preventing Youth Suicide” on film festival screens across the country.

“This festival is giving visibility to filmmakers like myself who are just starting their career,” Hechtman said. And he is no stranger to LIIFE. In 2017, his documentary “FIT Hives: Sustainability – The Secret to Survival” and his short narrative “I Am Here” were both screened at the festival.

Hechtman recalled first becoming aware of the issue of youth suicide as a student at Woodland Middle School in East Meadow, when he saw a presentation by suicide-prevention activist John Halligan, whose son Ryan died of suicide at age 13 in 2003. Hechtman was inspired again when he saw “Dear Evan Hansen,” a Broadway musical that deals with similar themes.

Promoting his latest film on the festival circuit gave Hechtman the opportunity to “meet and speak with audiences that may have faced these issues,” he said. “Stories of Strength and Hope” has been screened at the Awareness Film Festival in Los Angeles, the New York City Mental Health Film Festival and the Chelsea Film Festival and is part of the Young Filmmakers Series.

Hechtman, a recent graduate of the Fashion Institute of Technology in Manhattan, with a degree in film and media, is nearly finished with his senior thesis film, “Abigail.” It was inspired by a screenplay by screenwriter Jason K. Allen, about an elderly man who struggles to cope with the circumstances of his wife's death. Hechtman began writing it last summer, and started filming in November. He completed production in April and is in the final stages of post-production, which includes scoring and upgrading the film to 4K resolution.

While the plot is not explicitly personal, Hechtman said he connected to the themes of grief and understanding tragedy. His father, who served with the Wantagh-Levittown Ambulance Corps, survived the Sept. 11 terrorist attacks amid the wreckage of the World Trade Center. In 2009 he was diagnosed with leukemia related to his exposure to the toxins at ground zero, and he died a year later.

“I know how it feels to lose someone you love and have to come to terms with it,” Hechtman said, growing teary-eyed. “I’m sorry, it just makes me emotional to talk about it.”

He developed a passion for filmmaking at East Meadow High School, where he filmed the school’s theater productions from 2013 to 2015, when he graduated. Then, he said, “The [Fashion Institute] program gave me an excellent foundation and hands-on experience critical to developing my technical skills and aesthetic.” He credited his professors, including Film and Media Department Chair William Mooney and Associate Chair Michelle Handelman. With their guidance, he said, “I was encouraged to challenge myself to produce festival-worthy films.”

One of his professors, Josh Koury, said that “Stories of Strength and Hope” was one of Hechtman’s most ambitious projects. “We try to encourage students to run with whatever they’re passionate about,” Koury said.

“Sometimes it’s a more personal film; sometimes it’s a personal narrative. With Max, it’s a topic that he felt was really important to him and he’s seen in other media and really wanted to explore in this format.”

Hechtman is an assistant editor at the Woodbury-based production company Reel Life Cinematography. His goals for the future, he said, include continuing to create documentary and narrative projects that focus on mental health and other social issues. He is also an avid Broadway fan, and hopes to produce adaptations of musicals with similar themes.