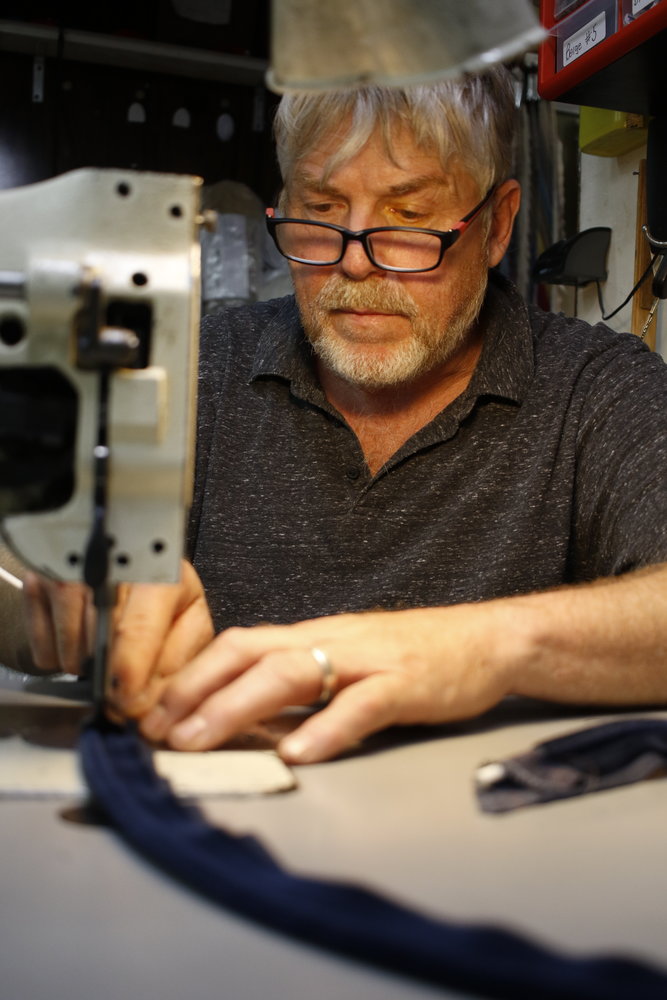 Michael Shannon, owner of East Meadow Upholsterers, didn’t know how to sew when he took over the shop after his father-in-law retired. Now he is an expert at it.
Christina Daly/Herald 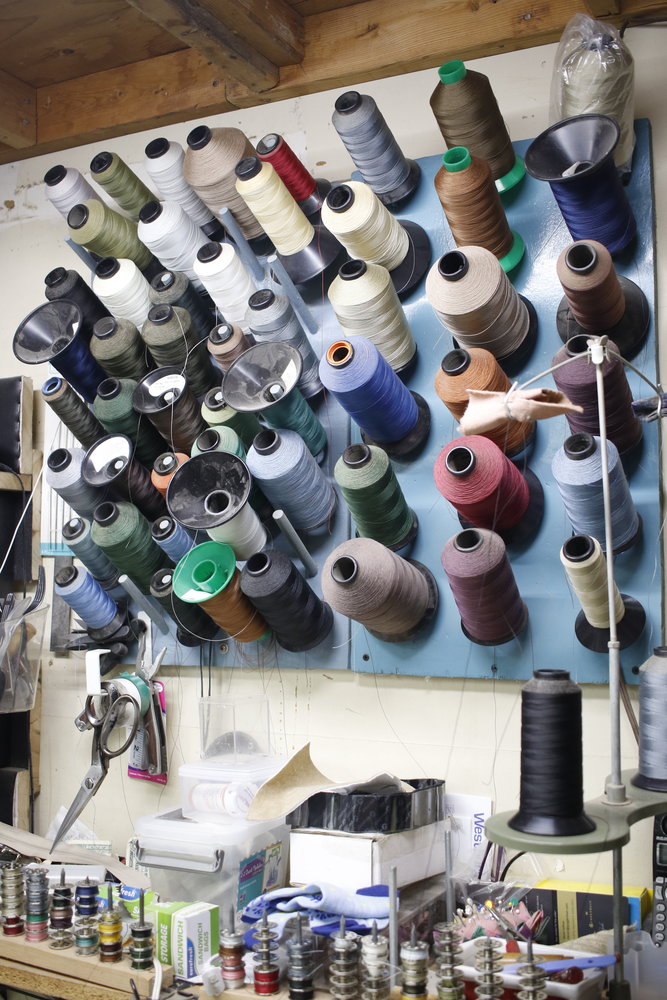 There are all kinds of swatches and spools of colorful thread to entice customers.
Christina Daly/Herald 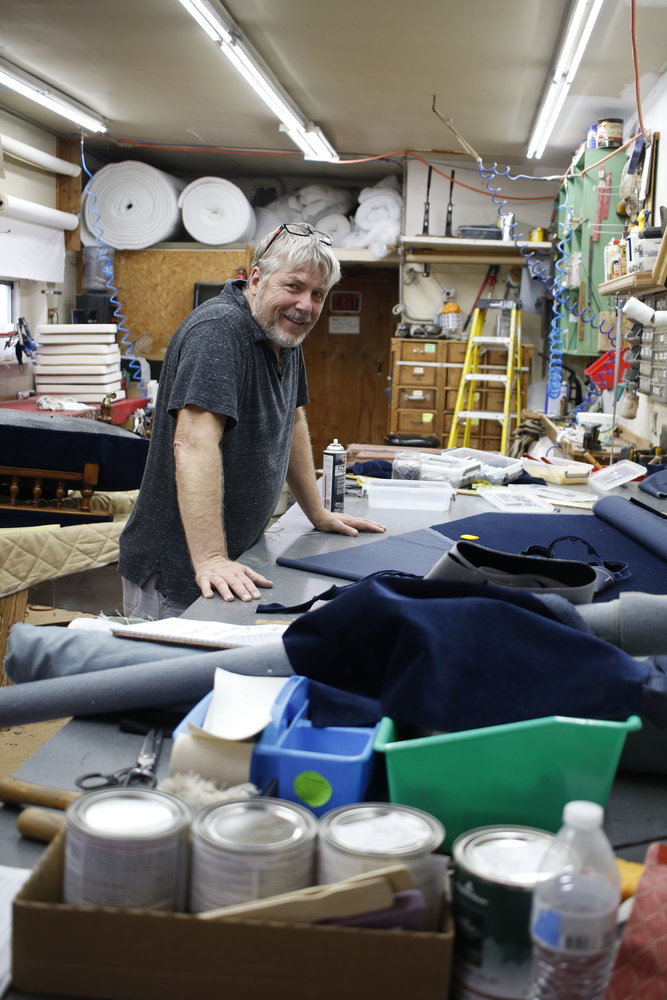 Michael Shannon said he cares a great deal about his customers, which might be in part why his business has been so successful for the past 70 years.
Christina Daly/Herald
Previous Next
By Laura Lane

On any given day Michael Shannon, surrounded by a potpourri of different types of swatches, can be found working feverishly in his small place of business in East Meadow with one goal in mind: to satisfy his customers.

Although the swatches may appear to be in disarray, Shannon, 61, said he is organized, and knows where everything is, having separated them by color and type. He knows his fabrics and is known to make suggestions to customers. And sometimes he even discourages them from having a piece of furniture upholstered. “Some of the sloppy new stuff out there, it would take me too long to upholster,” he explained. “Even a lot of the good stuff today is garbage.”

East Meadow Upholsterers is celebrating its 70-year anniversary. In business since 1951, it was founded by Shannon’s father-in-law, Louis Ferrari, Jr., who died 10 years ago. Coming from a family of electricians, Shannon said he never imagined that he would take over an upholstery shop. But in 1988 Ferrari said he was retiring.

“I had been working for my father-in-law and for other people for a couple of years before he told me that but I didn’t know how to sew or sell,” said Shannon, who lives in a house next door to his shop. “I’m told I’m a great upholsterer and a bad business man. Even so, there have never been any complaints against me and I have a five star rating.”

As one of the oldest family-run businesses in East Meadow, marking a 70-year anniversary is a big deal. But Shannon said he isn’t sure how he will celebrate because he is just too busy.

Even though East Meadow Upholsterers was closed for two months during Covid, opening again in June, business has never been better.

“People were home during Covid, sitting on their furniture so long they realized they had to fix it,” said Shannon’s son, Thomas, 36, who also lives in East Meadow. “Our customers are comfortable with us because they were recommended by other customers and the fact that we have been here so long.”

East Meadow Upholsterers specializes in Danish, antique, ladderback and dining-room chairs, as well as box seats. They also restuff cushions with Shannon on hand to help with a fabric choice.

“I will make sure I put the right fabric on the right piece,” Shannon said. “I will even talk someone out of picking the wrong fabric.”

He considers himself an artist and admitted that he has a certain way of doing things. And he is honest. If taught the trade as others learn it he probably would have learned to talk someone into doing something they didn’t want to initially do, he said.

“My trade is a luxury trade so you are paying for quality stuff,” he said. “My stuff lasts. When it comes to competition, someone else may not take the old fabric off and reupholster over it. I would never do that.”

Thomas has worked for his father for 10 years. He prepares the jobs, cutting the fabric and applying the foam. Referring to his father as a “people person,” Thomas said customers love Shannon and many choose East Meadow Upholsterers because of him.

Shannon said he will someday turn his shop into a high-end furniture store. He doesn’t see himself ever retiring. Other than enjoying his six grandchildren, the shop is his life.

“I enjoy the fact that people tell me I have a great reputation and that they trust me,” he said. “I wake up in the morning and look outside to see if anyone is outside the shop. Then I make my way there.”