FOR SALE: Sandy homes on the auction block 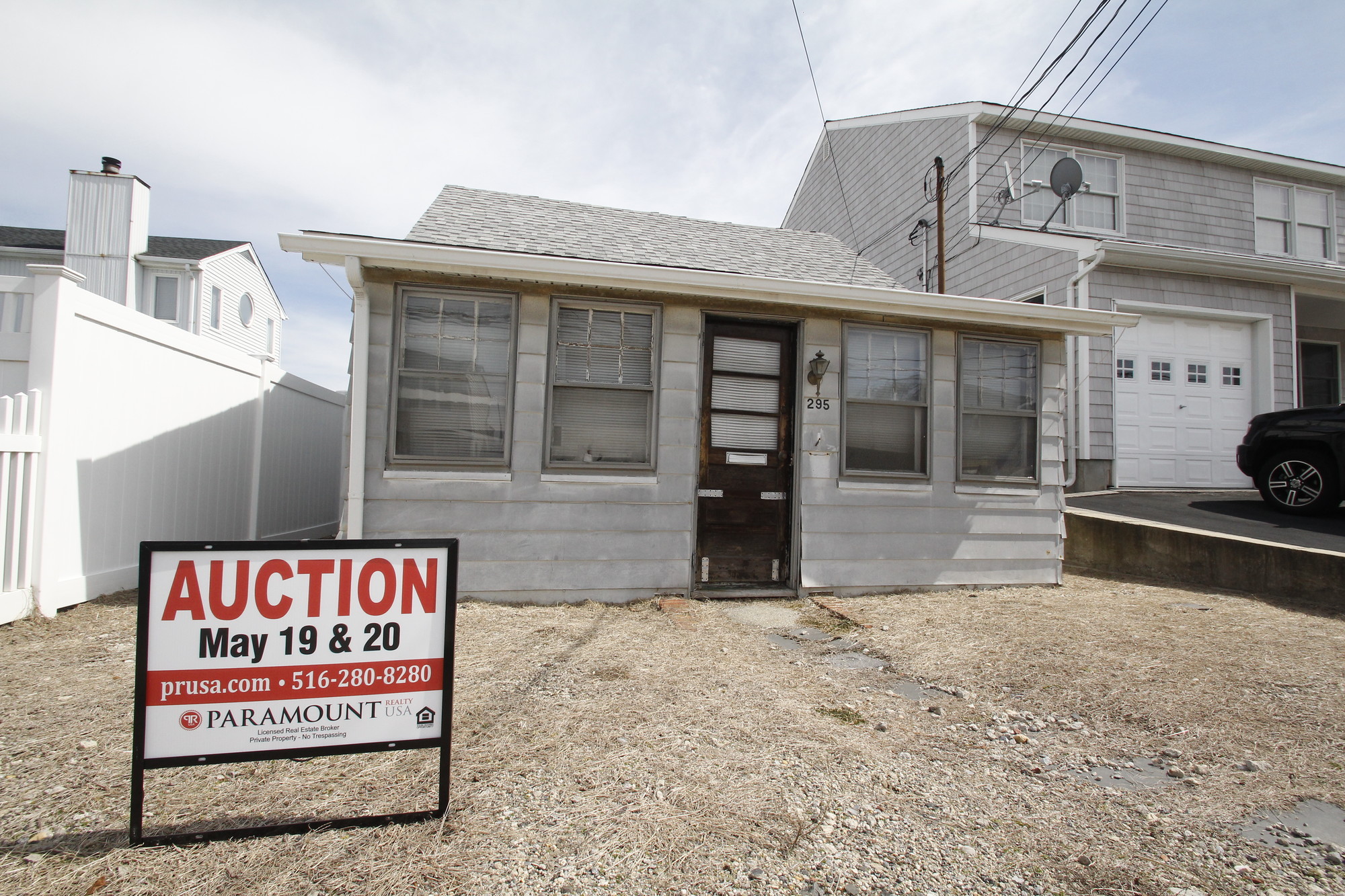 Shoring Up Our Future

Hurricane Sandy was our worst nightmare realized. This monster storm packed as much energy as two World War II era atomic bombs, causing massive destruction, the likes of which had not been seen since the Long Island Express of 1938, a now legendary Category III hurricane.

Trapped on an island jutting into the Atlantic Ocean, we were front and center when Sandy attacked with a vengeance. Thousands of homes were inundated with seawater and sewage. Hundreds were left uninhabitable.

Two and a half years later, we continue to rebuild our tattered shoreline.

In this series we will look in the coming months at the Governor’s Office of Storm Recovery’s ongoing effort to reconstruct worst-case homes, businesses and communities that Sandy ravaged on Oct. 29, 2012 — and the myriad issues that residents and officials face as they piece together our shredded infrastructure. At the same time, we will look at state and local officials’ efforts to reinforce Long Island in the hope that we might be able to withstand nature’s fury better when the next monster storm hits.  —Scott Brinton, senior editor

First in the series, Shoring Up Our Future

Kendall and Ciro Frulio and daughters Olivia and Emma were living in a quaint home on Franklin Street in East Rockaway, within the village limits but blocks from the Bay Park border, when Hurricane Sandy rolled across the South Shore on Oct. 29, 2012.
Sandy wreaked havoc in the Frulio house, rendering it uninhabitable. Suddenly, the family was homeless.

At first, they were in the Governor’s Office of Storm Recovery’s rebuild-and-repair program, but soon the Frulios realized that New York state’s home acquisition program would better suit them. They were one of the first two homeowners in the state to sign up for it.

Through the program, the Frulios were able to sell their house to the state for an agreeable price and move to a new home, in Lynbrook, far enough from the shoreline that they needn’t worry about future storms. They have also since welcomed a third daughter, Andrea.

Kendall said that leaving her East Rockaway home was traumatic, but, she added, “I also felt relief.”

The Frulios are among hundreds of South Shore residents who are being helped by the Office of Storm Recovery’s acquisition program. Now the state is set to start auctioning off the properties that it has acquired to new owners, who must restore those properties so they meet tougher state and local building codes that will ensure they are able to better withstand future storms.

The first 150 storm-damaged properties will be auctioned off on May 19 and 20 at the Hyatt Regency Long Island Hotel in Hauppauge. Homes in East Rockaway, Long Beach, Bellmore and Seaford are among those that will be on the auction block.

The Office of Storm Recovery hired Paramount Realty USA, a firm with offices in Manhattan and Garden City, to auction off 81 properties in Nassau County and 69 in Suffolk. The majority were damaged by Sandy, and the others by tropical storms Irene and Lee, which struck the region in 2011. The 150 homes represent less than a quarter of properties that will be up for bid in upcoming auctions.