Microsoft PowerPoint and Word and Excel, oh my! 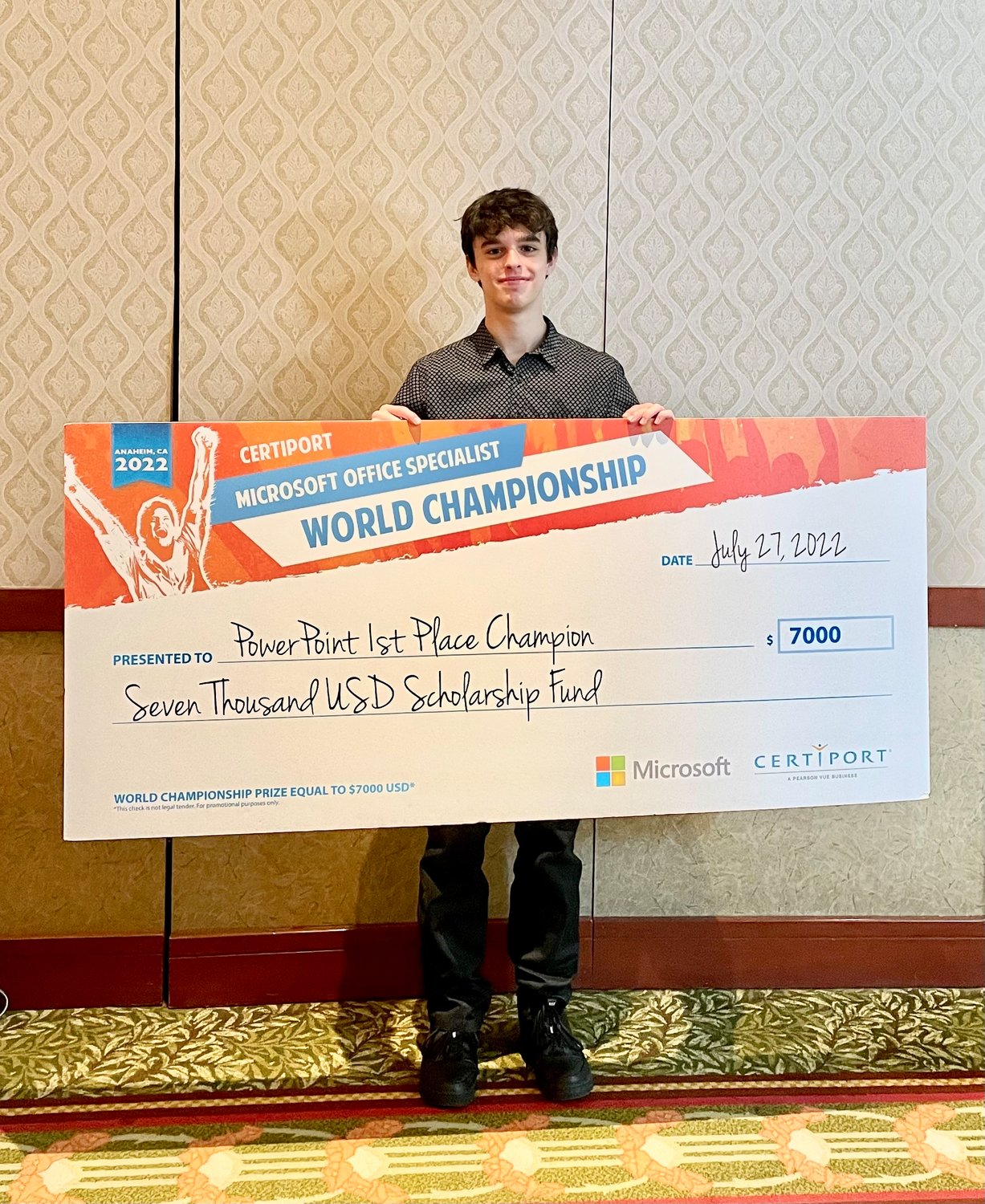 Pesqueira competed against 95 others in the world championships July 24 to 27 in Anaheim, California after winning the national competition in June in Dallas hosted by Microsoft to test students’s skills in Microsoft Office Word, Excel, and PowerPoint.

“Winning these competitions was never on the forefront of my mind,” Pesqueira said. “After I took both exams for the national and the international one I didn’t think I was going to win.”

At East Meadow, Pesqueira took the Multimedia class, where students learn the programs of the Microsoft Office Suite. The class promotes students getting MOS certified to validate their proficiency in technical skills. Pasqueira took Multimedia 4 his senior year and took Microsoft Office Specialist tests to qualify for competitions. He had a perfect score in PowerPoint.

“The Microsoft Office Specialist World Championship is one of our favorite events annually, because these students are thrilled to compete, and they inspire all of us with their competitive spirit and crowning achievement,” Rick Hermann, a Microsoft vice president, said in a statement. “These students work diligently to earn valuable industry-recognized certifications, and we know that the future is bright with upcoming business and technology leaders like those we met at the MOS World Championship.”

Students had to complete two parts to show their skills. The first was a 30-minute timed exam, the same style as the one he took for the national competition, but Pesqueira found this one difficult. “It was harder than the one at the national level,” he said. “I found it a lot more challenging and I didn’t really feel like I did good on it, but I guess it was designed that way.”

The second part was a three-hour research project. Pesqueira said a non-profit organization was brought in and the students were to make a project about the non-profit and the issues that they’re attempting to tackle. Pesqueira’s project was a PowerPoint presentation for the nonprofit, Empower, highlighting its mission to provide at-risk young people in emerging market countries with the resources, skills and mentorship to improve their lives.

“I was initially a little worried about that, because I thought it would involve being more creative and creativity is not really my strong suit,” Pesqueira said. “But it turned out pretty nicely.”

Pesqueira’s winnings for the national and international competition totaled $10,000 which most will assist in his college expenses at Binghamton. He also received a Microsoft Surface Pro X tablet-computer, Microsoft Surface Go 2 laptop, and earphones.

“It is inspiring to see students from 21 countries come together to ‘speak Microsoft’,” said Ray Murray, vice president and general manager of Certiport in a statement. “The winners receive extra praise, but every single student who entered has earned a valuable workforce credential that will help them find success in college and in their career.”

Pesqueira said taking the Multimedia class in school prepared him for the future. “It taught us all about the programs,” he said. “It was something I was interested in.”