Salisbury moms hit it out of the park 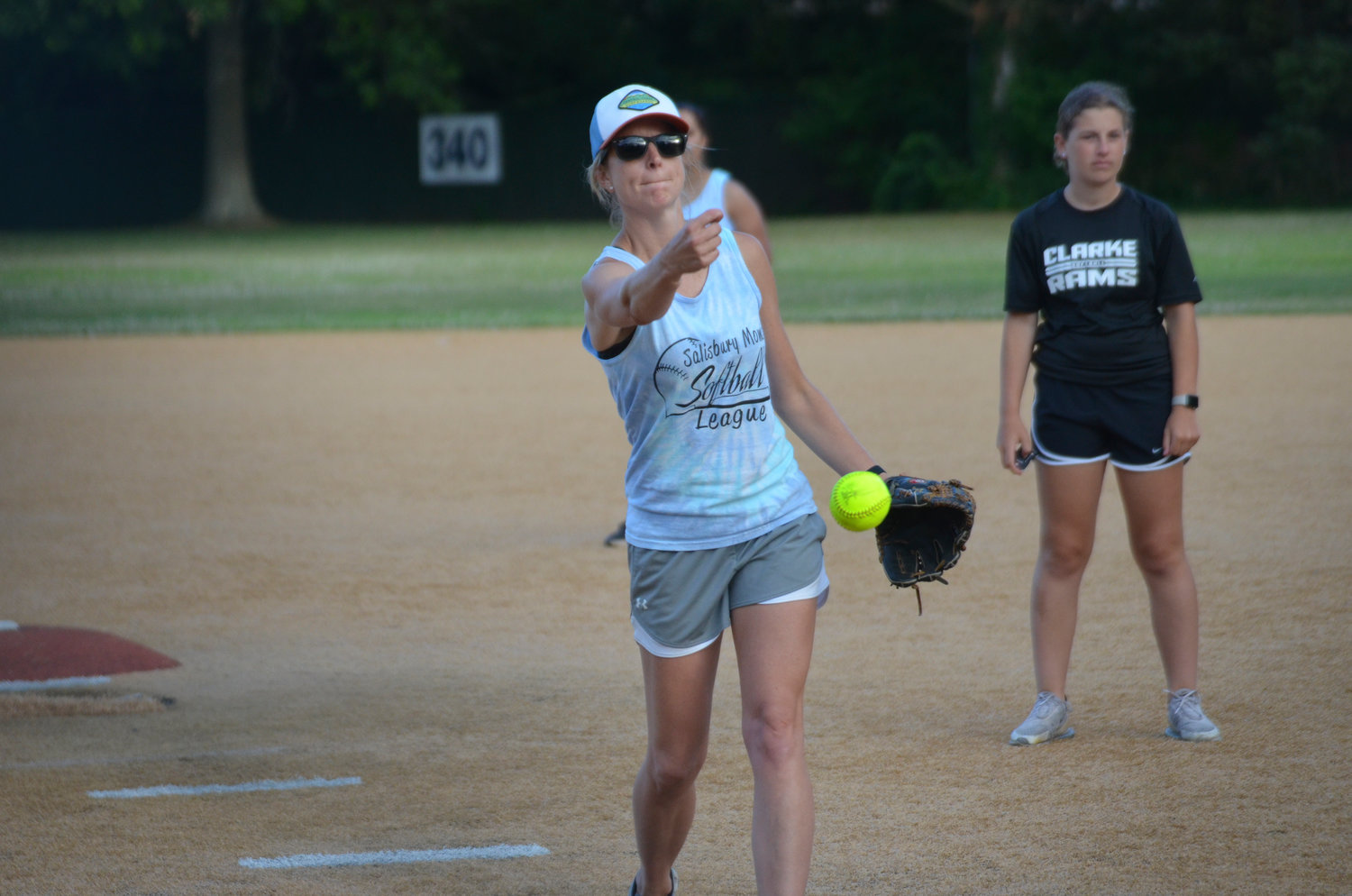 Kelsey Klimkowski pitches out a ball for their softball game on July 7 as Sydney Follick from W.T. Clarke High School umpires behind her.
Tim Baker/Herald 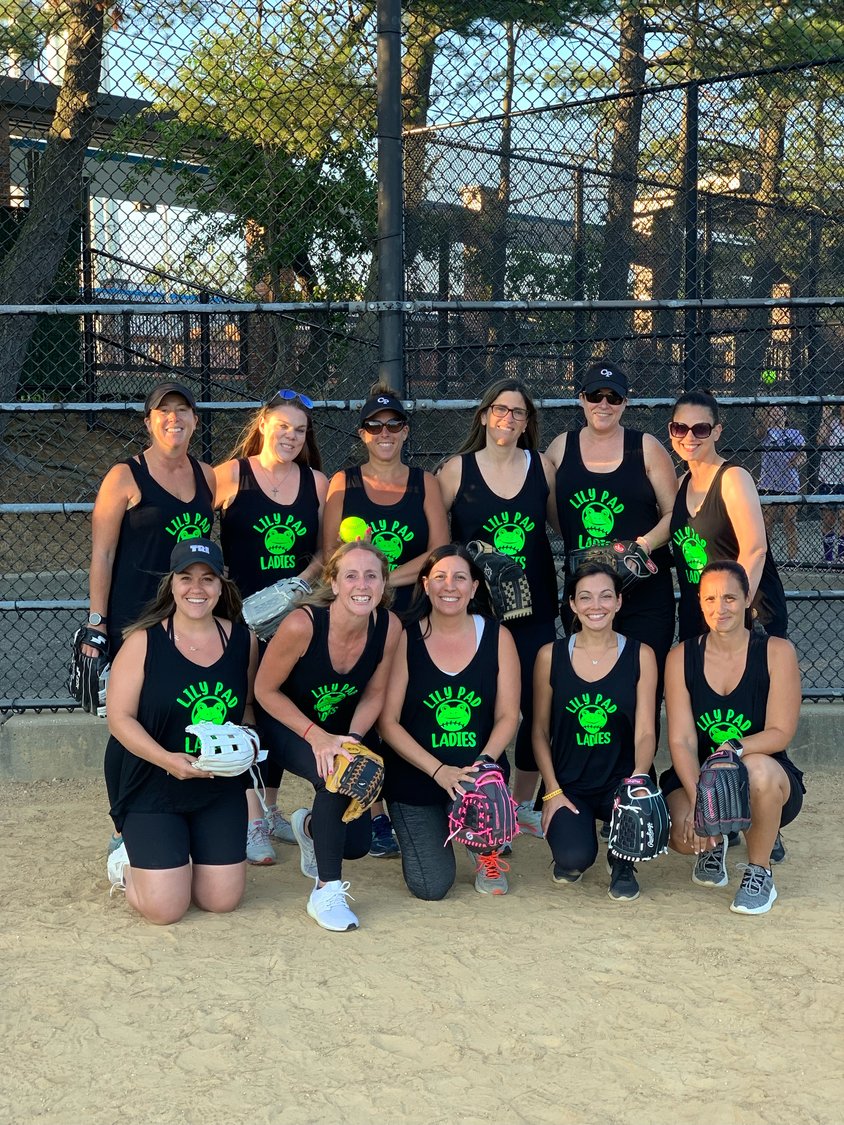 This is the first year that the Lily Pad Ladies, a team from Carle Place, joined the Salisbury Moms Softball League.
Courtesy Kara Gambino 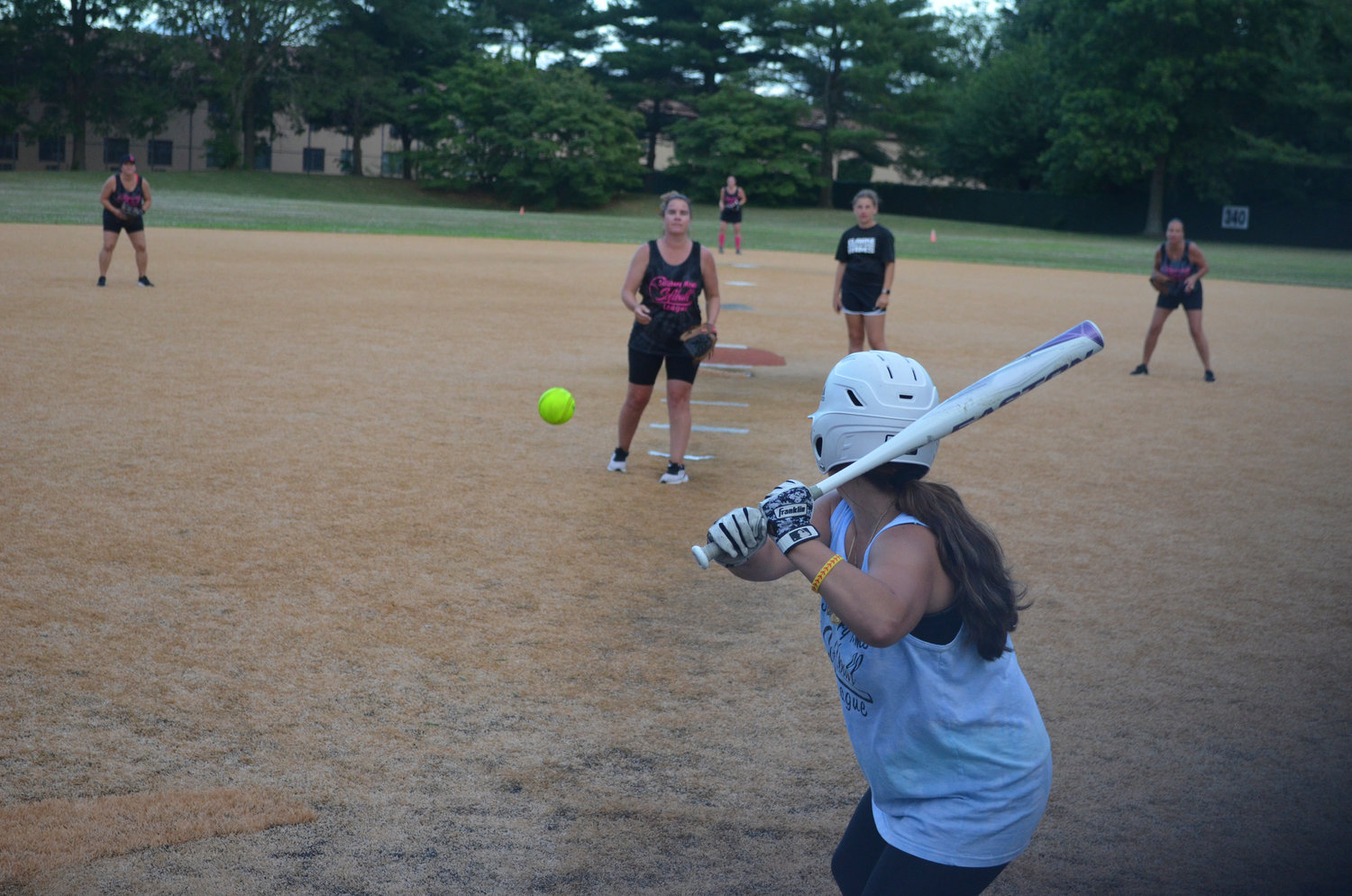 Yuliis Separ up at bat gets ready to hit a ball from Amy Meizoso.
Tim Baker/Herald 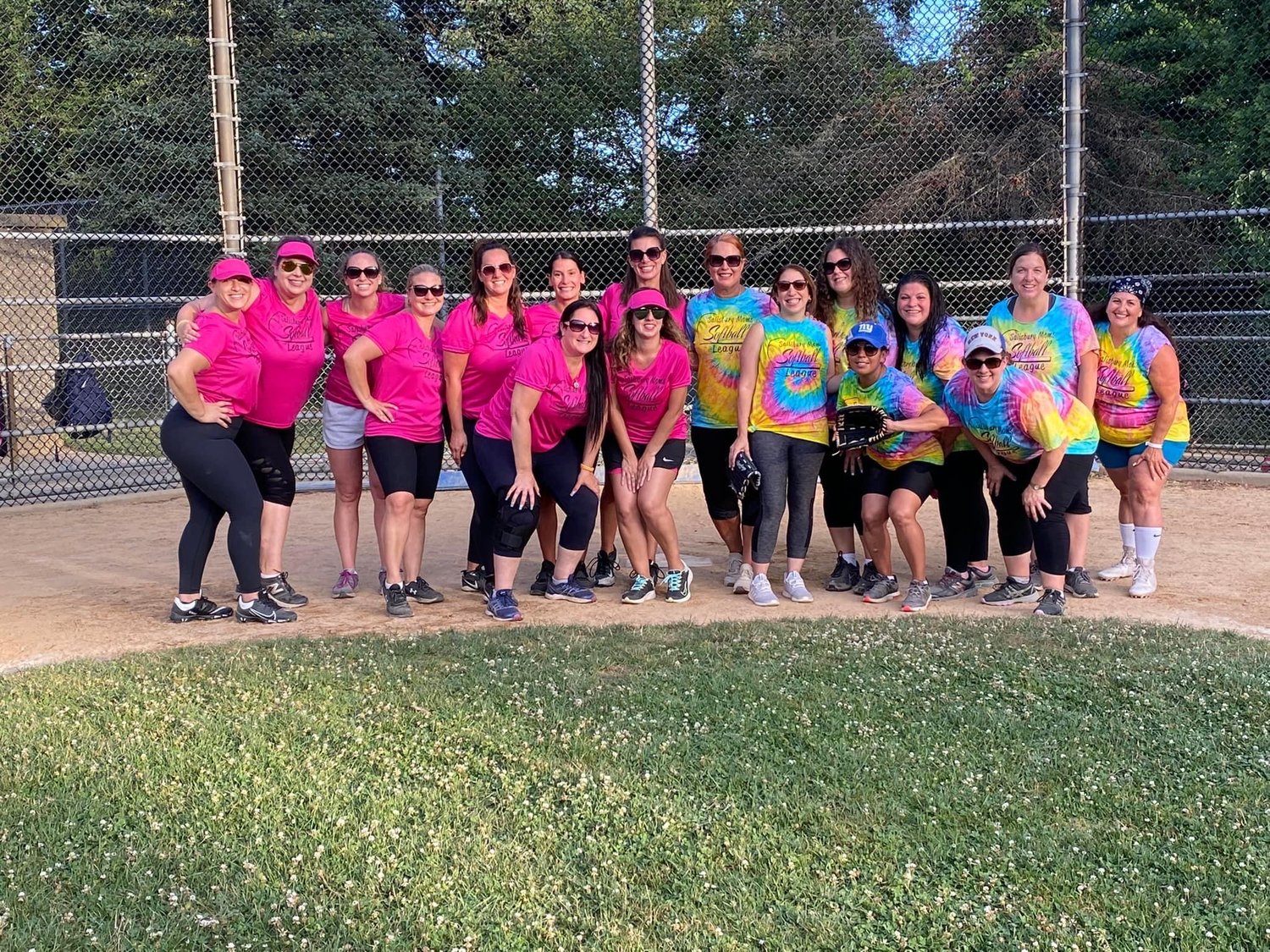 The Salisbury Moms Softball League has a five week season with five games in total.
Courtesy Kara Gambino
Previous Next
By Mallory Wilson

After being cooped up in the house for what felt like eons due to the coronavirus pandemic, people wanted to get outside and get active once restrictions were lifted. Thus, the Salisbury Moms Softball League was born.

Kara Gambino and Marissa Morales, both moms from Salisbury, are the founders and directors of the league that has been going strong since 2021. The pair who grew up together playing little league now have daughters that play little league together.

“Coming out of Covid, everyone was looking for stuff to do,” Gambino said. “I thought it would be so fun if the moms would play together.”

The two started a Facebook page and never expected the reaction that they got. “I really didn’t think anyone would be interested,” Gambino said. “I thought we’d be lucky if we got two teams.”

They wound up with four teams in 2021. Now, in 2022, they have six teams and about roughly 80 women playing. They even had to cap the number of women who could sign up.

The girls love seeing their moms play, Morales and Gambino said. “For a lot of the games the dads will then bring the kids up to watch us play,” Morales said. “Our daughters will be like, ‘Mom, I’m going to teach you, I’m going to show you how to do this.’”

There’s no winner, these games are purely just for fun, Gambino said. The season is five weeks long and their first game was on June 30. There are five games in total and each team plays the other.  The umpires are kids in 8th grade and up from the neighborhood, and many of them are softball players and baseball players. Practices are very low-key and are mostly done when the moms can get a chance to. “Mostly somebody will ask on the Facebook page if anyone’s free for a practice,” Morales said.

The uniforms are made up of different colored shirts that say Salisbury Moms Softball League. Cara Ann Smith, a mom who plays on the team was actually the mom who made all of the uniforms and the logo.

Last year there weren’t really set teams, women switched around every game, but since there were so many women this year, they decided to form teams. “The idea had such a great response and we were really humbled by it,” Gambino said. “Since we didn’t have teams last year so many women met people that they had never spoken to before and it was so much fun.”

Moms from all different sports backgrounds and walks of life have come together to play in this league, Gambino said.

“I joined it to meet people because last summer it was the summer after my oldest boy finished kindergarten, and I didn’t get to meet many people between Covid restrictions and masks, and I was also going through chemotherapy that year,” Geraldine Massey, a mom on one of the teams said. “I had played sports my entire life growing up so it was nice for me to feel like my body still worked and see that I was able to perform on the field.”

Massey, who is in remission from Non-Hodgkin’s Lymphoma, said that the nerves in her feet and hands were damaged from chemotherapy and she was very sore, so she was scared to exert her body, but once she did it she was thrilled. “I wound up catching a ball and I started crying basically,” Massey said.

“It’s definitely one of the cooler things I’ve seen of just fields filled with adult women building each other up and having a good time.”