East Meadow schools shut down until April 1 due to coronavirus 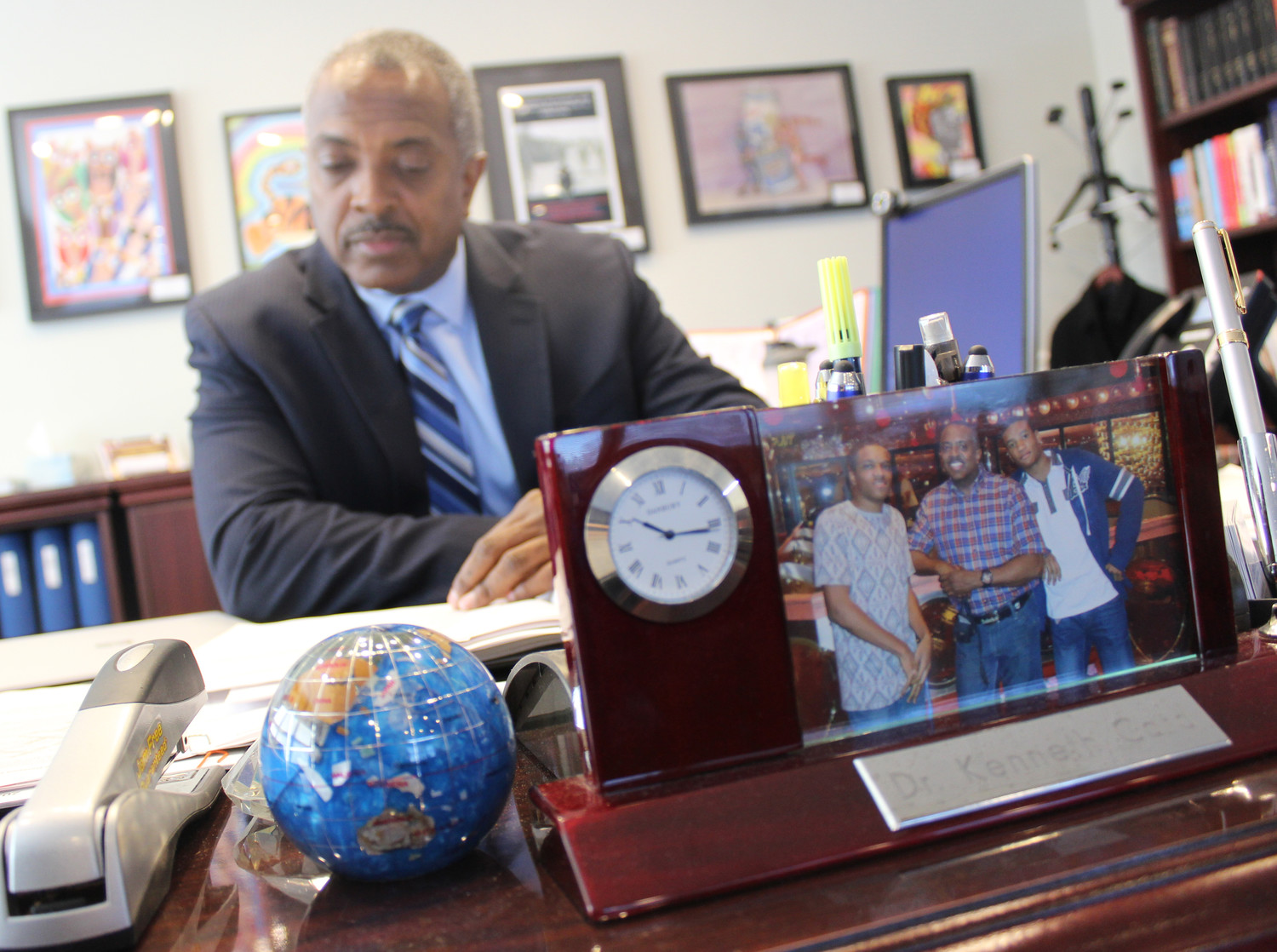 East Meadow School District Superintendent Kenneth Card Jr. and administration are coming up with ways to continue providing students with education and meals during the a mandated school closure until April 1.
BRIAN STIEGLITZ/HERALD
By Brian Stieglitz

All Nassau County schools, including those in the East Meadow School District, will be closed until April 1 as of Tuesday, by order of New York Governor Andrew Cuomo.

Nassau County Executive Laura Curran made an initial announcement on Sunday to close schools for two weeks as health and school officials look to contain the spread of the coronavirus, which has claimed the lives of three New Yorkers, both of whom had underlying health conditions, and infected more than 900 people statewide.

Then, as the Herald went to press on Tuesday, Gov. Cuomo extended the date statewide to April 1.

Patrick Pizzo, East Meadow’s assistant superintendant of business and finance, said that the district was planning ways to provide for its students during the closure.

“We’re figuring it all out right now as I speak to you,” he said. “Everything is happening so fast. We have all of our buildings open for staff and administrators and they are working on developing the delivery of curriculum to students.”

Pizzo added that the district would still be serving meals to students who rely on school lunch. There will be distribution hubs in the community at which students could pick them up, which will be announced later this week.

Before the mandated shutdown, the district posted on its website late last week that it would be closed to students from March 16 to March 18 and teachers would attend Superintendent’s Conference Day on March 17.

Now, schools will be closed for students, but administrators and teachers may still enter buildings.

According to a memo to Nassau County superintendents from Curran, school districts are allowed to:

Ask 12-month employees to report to their buildings.

A memorandum circulating in the Hewlett-Woodmere School District stated that transportation for non-public schools would not be provided during this period. It was unclear if that would be the case in all districts.

At a March 11 Board of Education meeting, the district also discussed what steps it had taken to protect students from the spread of coronavirus while it was open.

Board of Education President Matthew Melnick said that the district is following protocol from the Centers for Disease Control and Prevention, and Department of Health for both the state and county.

“This is something that is going on constantly,” he said. “Knowing what we need to do must happen first. Then we could let everyone know our plan.”

Director of Facilities Craig Cammarata explained that the district was conducting a “deep cleaning” twice a day, once during school hours and once at night. This refers to cleaning all heavily touched surfaces like doorknobs, handrails, water fountains and faucets.

To disinfect hard-to-clean areas like the spaces between keyboards, Cammarata said that the district is using a fogging method, in which its cleansers are dispersed throughout the room as a mist.

The cleansers the district uses are H2Orange and PureGreen24. In New York, bleach is banned for use in schools because it is highly toxic and leaves a residue that could damage students’ clothing and skin, according to Nassau County Health Commissioner Lawrence Eisenstein. He said it is only permissible if there is a confirmed case of a virus like COVID-19.

The PureGreen24 products are made with silver ions and citric acid — the latter of the two breaks down microbes and the former denatures its enzymes.

“We have a very effective disinfectant and we will continue to use it in our schools,” Cammarata said.

The East Meadow Public Library is also closed for two weeks beginning March 16 and the library’s bus trip to the Culinary Institute of America, which was planned for April 1, was postponed to July 15.

“We will be sending out notices as to the exact date we will reopen,” said Library Director Carol Probeyahn. “Be assured all fines will be waived for materials due during this time.”

The library is also offering ways for students to take part in “distance learning,” for free and without the need of a library card, through a number of online resources. One of which is Tutor.com, which provides one-to-one tutoring, test preparation and online resources for learners of all ages.