Writing what he knows — life in Salisbury 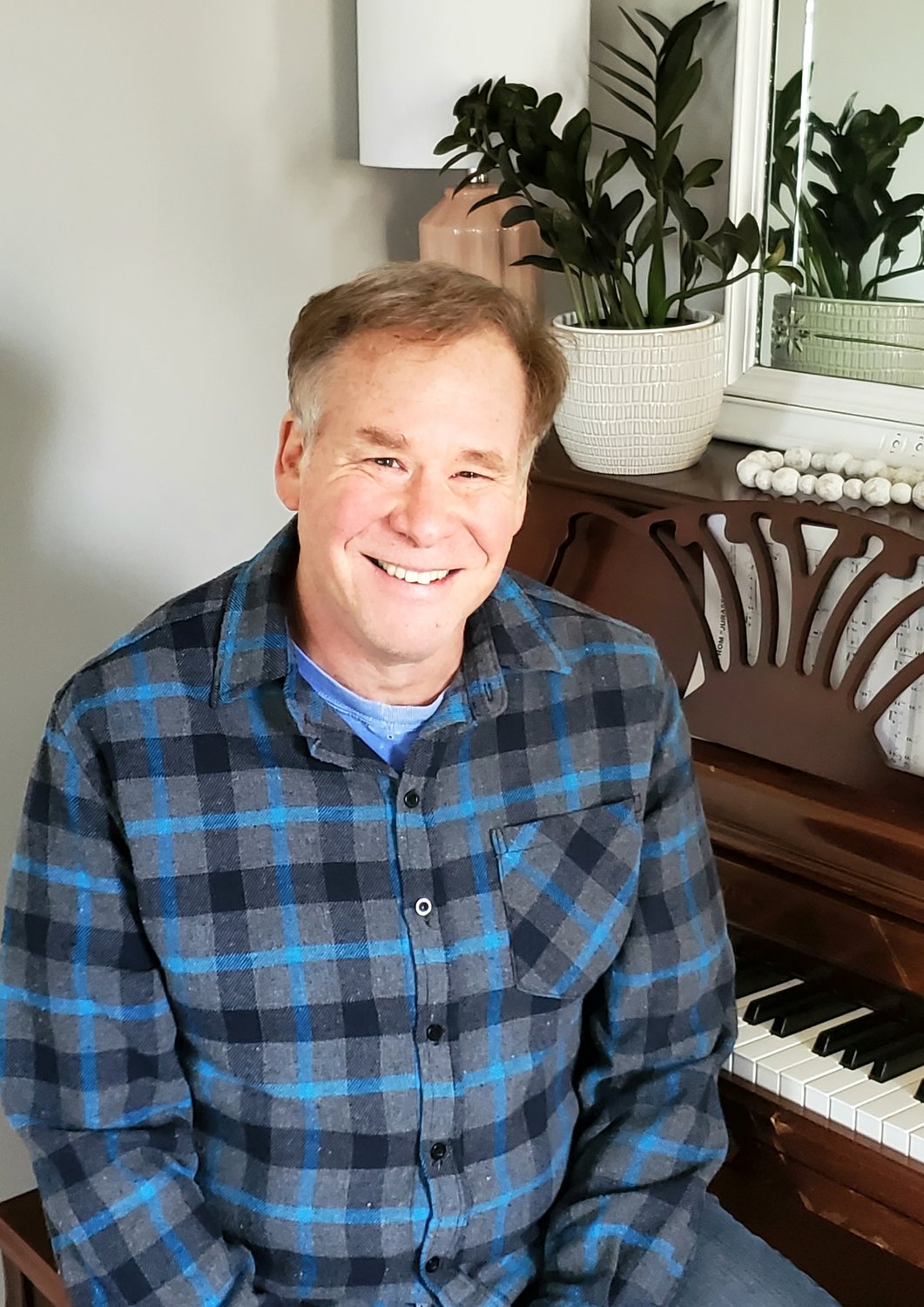 Clarke H.S. graduate Joel Samberg has become a novelist. His fifth book, “Almost Like Praying,” is populated by characters he knew in Salisbury.
Laura Lane/Herald 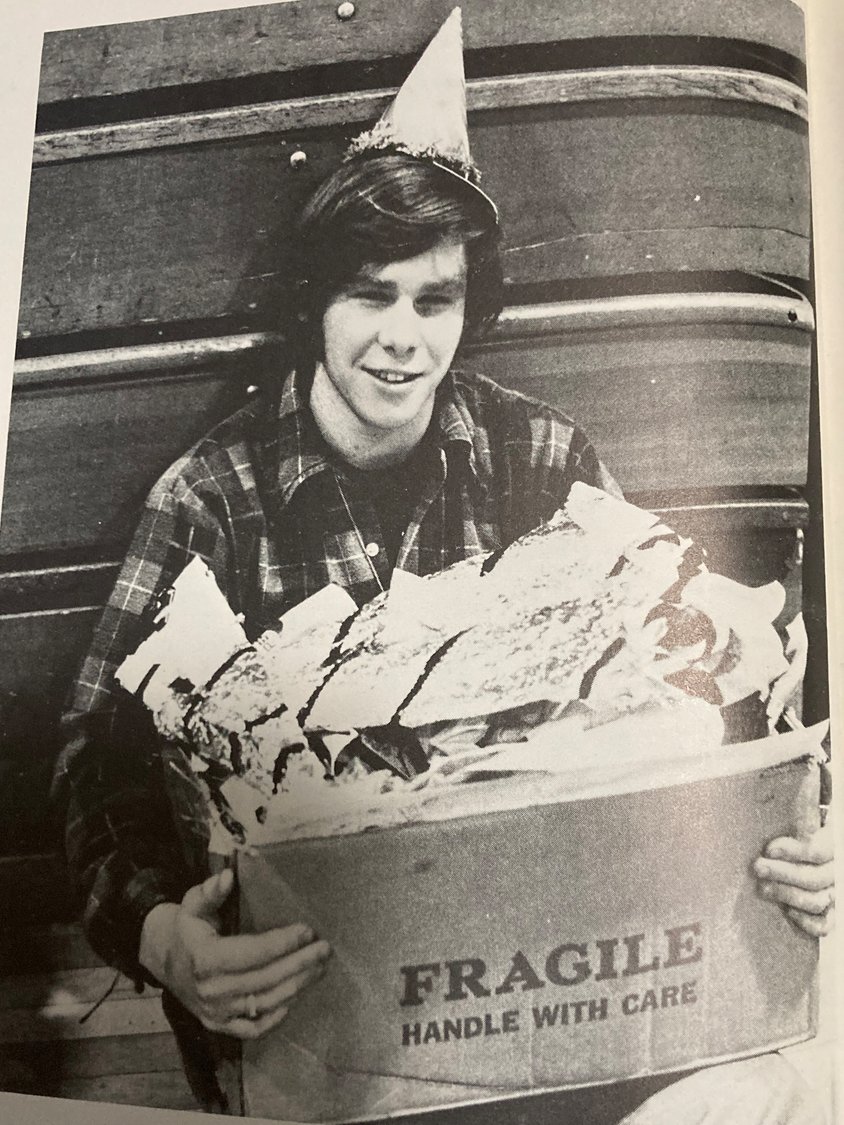 Samberg acted in several plays at Clarke High School and was always willing to help the drama club.
Courtesy Joel Samberg
Previous Next

I never want to do anything else. I think it’s what I’m supposed to do.”
Joel Samberg, author

He was introspective, respectful and a great listener. I remember encouraging him to be a writer.”
Victor Jaccarino Teacher, Clarke H.S.
By Laura Lane

A traumatic high school experience can be life-altering. But for Joel Samberg, a 1975 Clarke High School graduate, an accusation of plagiarism by his ninth- grade English teacher was inspirational.

“She accused me of plagiarizing a book report because she said it was too well written, and sent a note home to my mother and father,” Samberg recalled. “That’s when I said, well, then maybe I really am not too horrible at this thing called writing. And that’s when I decided to become a writer and to never give up.”

As a Clarke Middle School student, Samberg wrote the editorials for the school newspaper. When he was 17, he became a stringer for the Westbury Times. As a journalism student at Hofstra, he wrote for the Hofstra Chronical. After graduation in 1979, he wrote magazine articles, books, plays and corporate communications, which ultimately paved the way for novels.

Samberg, now 64, recently released his sixth novel. In “Almost Like Praying,” published by Ascot Media Group Inc., he uses his childhood memories growing up in Salisbury to create some of his characters, basing them on people he knew. And the fictional location is Salisbury.

Although he’s been living in Avon, Conn., since 2010 with his wife, Bonnie, Samberg’s memories of Salisbury remain strong.

“I remember walking around with two friends of mine, Jamie and Jimmy, and just planning our lives and singing and talking,” he said. “We rode our bikes to Jones Beach from our houses along the Wantagh Parkway; we rode to the North Shore. There was a pond there that we dubbed the J Pond, because we were Jimmy, Joel and Jamie. It was a different time; we were allowed to go around on our own without parental supervision.”

Samberg said he loved Salisbury and going to Clarke. His fondest memories are performing in the school plays. Shy and introverted, he found a way to express himself.

And one of his teachers, Victor Jaccarino, who taught English and was the drama club advisor from 1968 until 1988, instilled in Samberg the belief that he could accomplish whatever he wanted.

“Joel was one of the nicest kids I ever dealt with. He was a kind kid,” recalled Jaccarino, who is now the English education director at Hofstra University and an adjunct professor there too. “He was introspective, respectful and a great listener. I remember encouraging him to be a writer.”

As for Samberg’s fond memories of attending Bowling Green Elementary School, he said they are good fodder for future stories.

“I think what stands out now to me about Bowling Green is that it gave me a whole bunch of stories to keep in the back of my head and to use,” he said. “I have a lot of individual stories of things that happened with specific teachers all through kindergarten through sixth grade.”

Eileen Kindl, a friend and fan, said Samberg is a keen observer of human nature.  “Sometimes his writing is tongue-in-cheek, especially his latest one,” she said. “I love it so much I don’t want to put it down. Joel is a very special guy. So many people are cynical, but he embraces life personally and professionally.”

When asked what he likes about being a writer, Samberg didn’t hesitate. “It’s one of the world’s stupidest, [most] frustrating, unfair, difficult and annoying professions,” he said, “but I never want to do anything else. I think it’s what I’m supposed to do.”