A mitzvah project that feeds a need 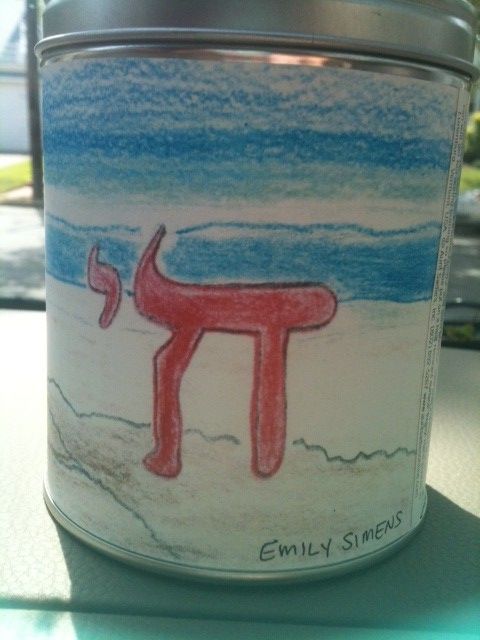 The Hebrew symbol for life adorns one of the candles made by Emily Simens.
Photo by Stacey Simens 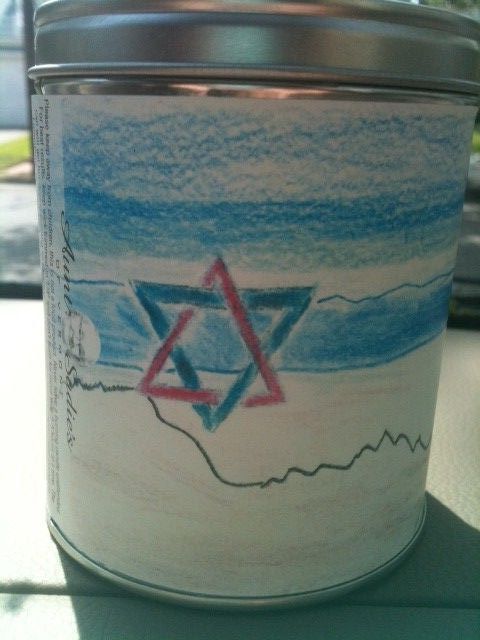 The Star of David is one of several Jewish symbols that highlight the candles made by Emily Simens.
Photo by Stacey Simens 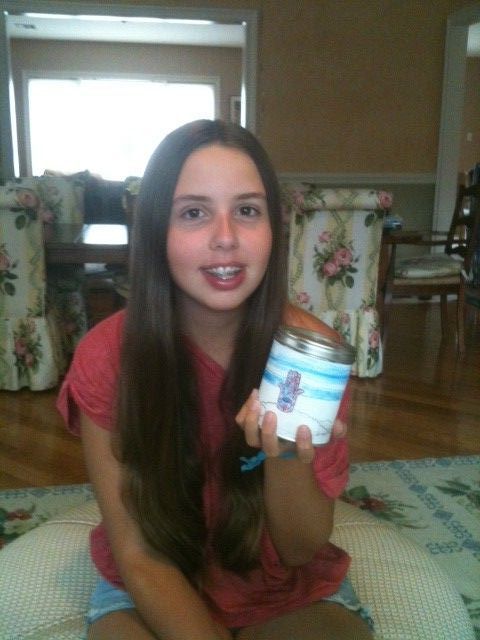 Emily Simens and her family have donated food to the JCC of the Greater Five Towns’ Kosher Food Pantry in Woodmere many times, so when thinking of ideas for her bat mitzvah project she wanted to involve them somehow.

Simens, an eighth grader at Woodmere Middle School, who likes to draw, decided she would make candles, decorate them with Jewish symbols such as the Star of David, sell them and donate the proceeds to the JCC Food Pantry. “It makes you sad when you think about at least a few hundred families in this community that go to the food pantry,” she said. “People think poverty happens in other places, not this community.”

Ellen Warshall, the JCC Food Pantry coordinator, said Simens’ donations come at a much-needed time. “Summer is very slow for us with donations because school is out and people are away,” she said. “Emily calls me once a week to see what we’re low on and then she goes to Costco and buys food for us. It’s so much better than a monetary donation.”

Warshall said the Food Pantry is often low on tuna fish, condiments such as ketchup, mayonnaise, salad dressing and anything kid-friendly like snacks, juice boxes and cereal. “We service over 200 families,” she said. “These are everyday people who lost their jobs or the economy got to them. It’s not just elderly or disabled people.”

Simens’ mother, Stacey, said she is happy her daughter is involved with the community. “In school, she was very involved in food drives which made an impression on her and I’m happy she’s continuing with it,” Stacey said. “I’m impressed that at her age she’s so involved.”

Mitzvah projects should teach children to be apart of the community they live in and to know what’s going on around them, Stacey said. “Some children are worried about material things while people in our community are going without basic necessities,” she said. “I hope this project helps Emily to make a difference in the world and think outside the box.”

Warshall echoed Stacey’s words and hopes Simens realizes how many people go hungry. “I hope she sees that it can be someone she would never guess who needs help,” Warshall said. “This happens right here in our community.”

Simens said she plans to continue her mitzvah project even after her bat mitzvah this month at Temple Israel in Lawrence. “I’ll continue to donate to the food pantry,” she said. “I’m not doing this just for my bat mitzvah, I’m doing this because it’s a good cause. I’ve learned you have to appreciate everything you have.”