Going to the head of the class 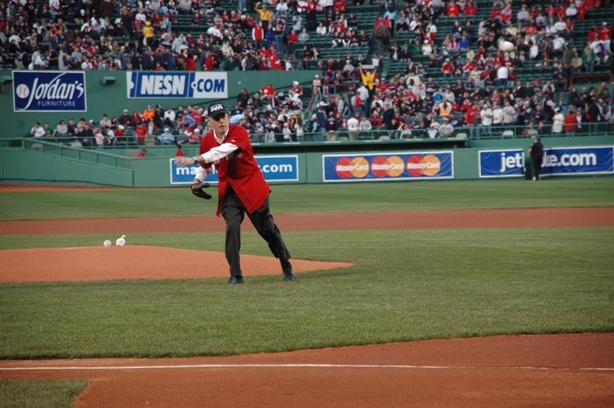 Lawrence native Peter Diamond was one of three economics professors to win the Nobel Prize in that discipline for 2010. He threw out the first pitch at a Boston’s Fenway Park in April.
Courtesy MIT
JEFF BESSEN

Five Towns native Peter A. Diamond was one of three winners awarded the Nobel Prize in economics for his decades-long work regarding search markets.

Diamond, 70, a native of Woodmere and 1957 graduate of Lawrence High School, who was a bar mitzvah at Temple Beth El in Cedarhurst, earned what is formally called the Sverriges Riksbank Prize in Economic Sciences in memory of Alfred Nobel for 2010.

The theory encompasses the question, why are so many people unemployed at the same time that there are a large number of job openings? Because it takes time and resources for job seekers to connect with hiring managers this creates friction in that market. The theory can also be applied to the housing market concerning how long it takes to sell or buy a home.

Winners receive a medal, a personal diploma and share in a monetary award of $1.5 million.

But, Diamond, who originally came from the Bronx (near Yankee Stadium) before his family settled in the Five Towns, just wanted to talk about his connection to the community and how one of the better things about winning this award is hearing from old friends.

“One of the real treats is the number of people contacting me and it is a treat to hear from him,” said Diamond, who added that winning this prestigious award, “knocked the breathe out of me,” and “delighted and elated [me] as high as a kite.” As he spoke to a reporter he was waiting to firm up dinner plans with his best friend from high school.

Diamond’s kite began flying as his family moved to Woodmere and the student at the Number Three School enjoyed what he called a “good quality education,” and “classmates who were interested in doing well in school.”