A Purim party in the Persian Palace in Hewlett 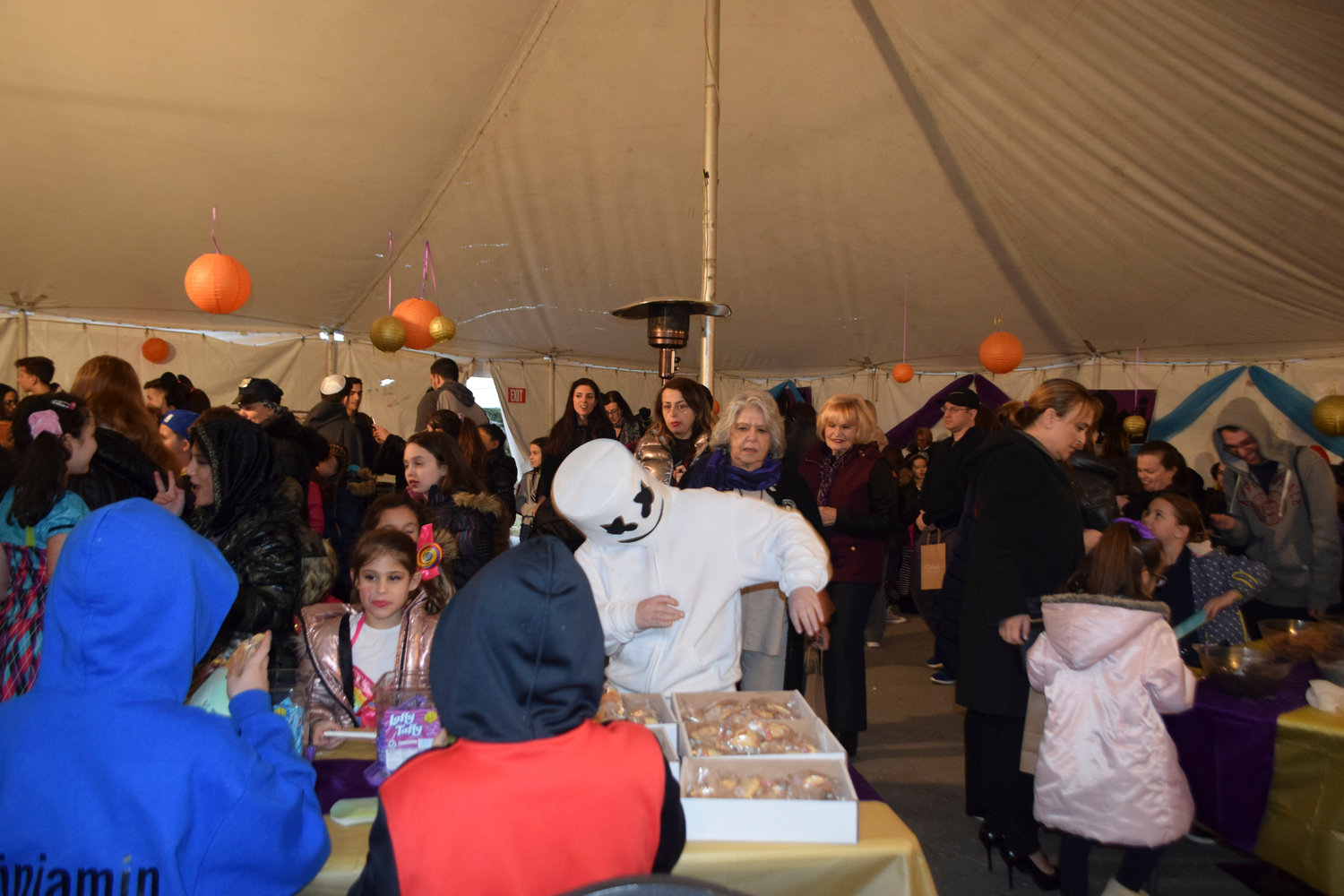 The Chabad House of Hewlett turned its backyard tent into a Persian palace for an Arabian night-themed Purim party on March 21.
Photos by Jeffrey Bessen 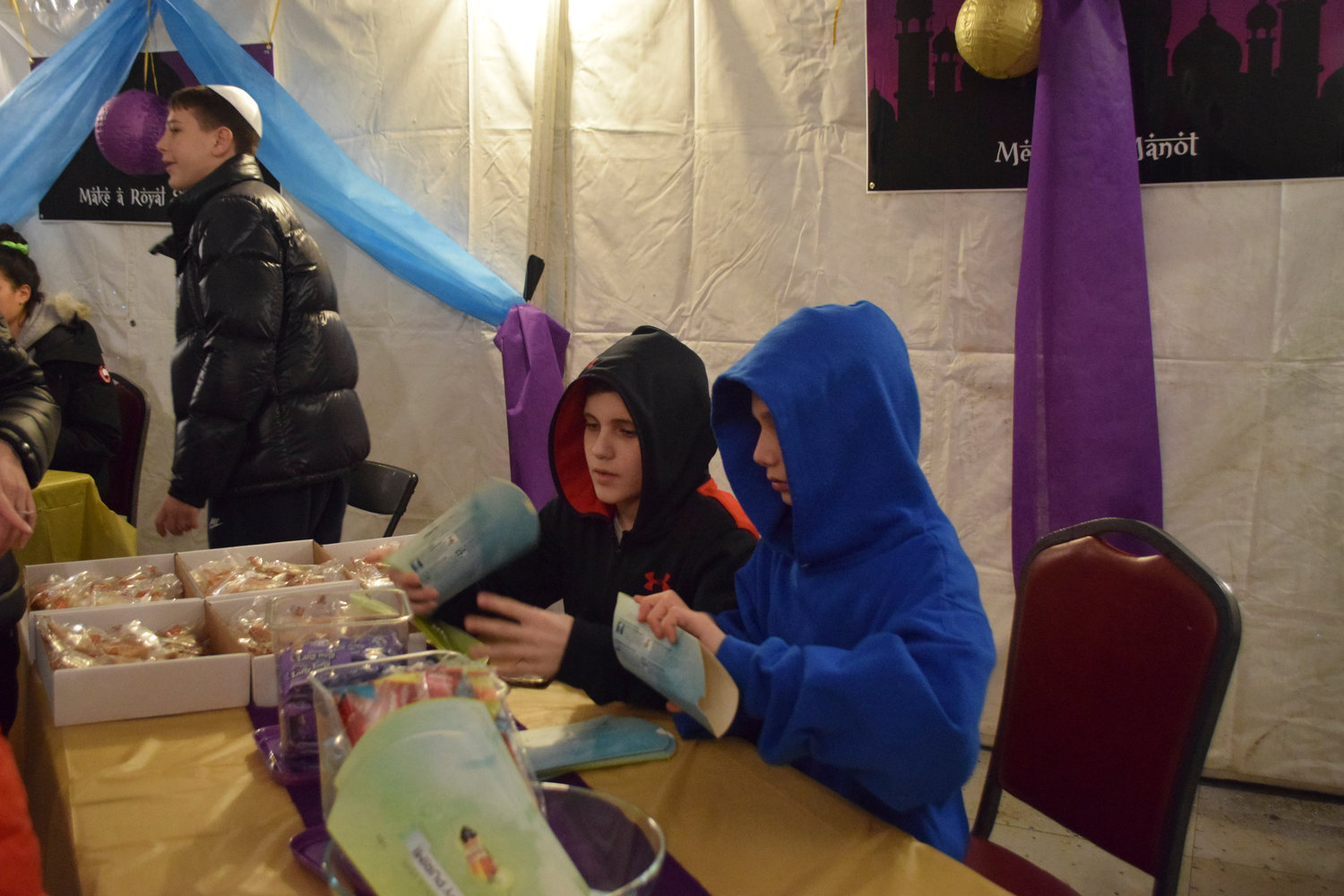 Danny Sorkin, 13, left and Benny Binamin, 12, handed out candy and hamantash at the Purim Party. 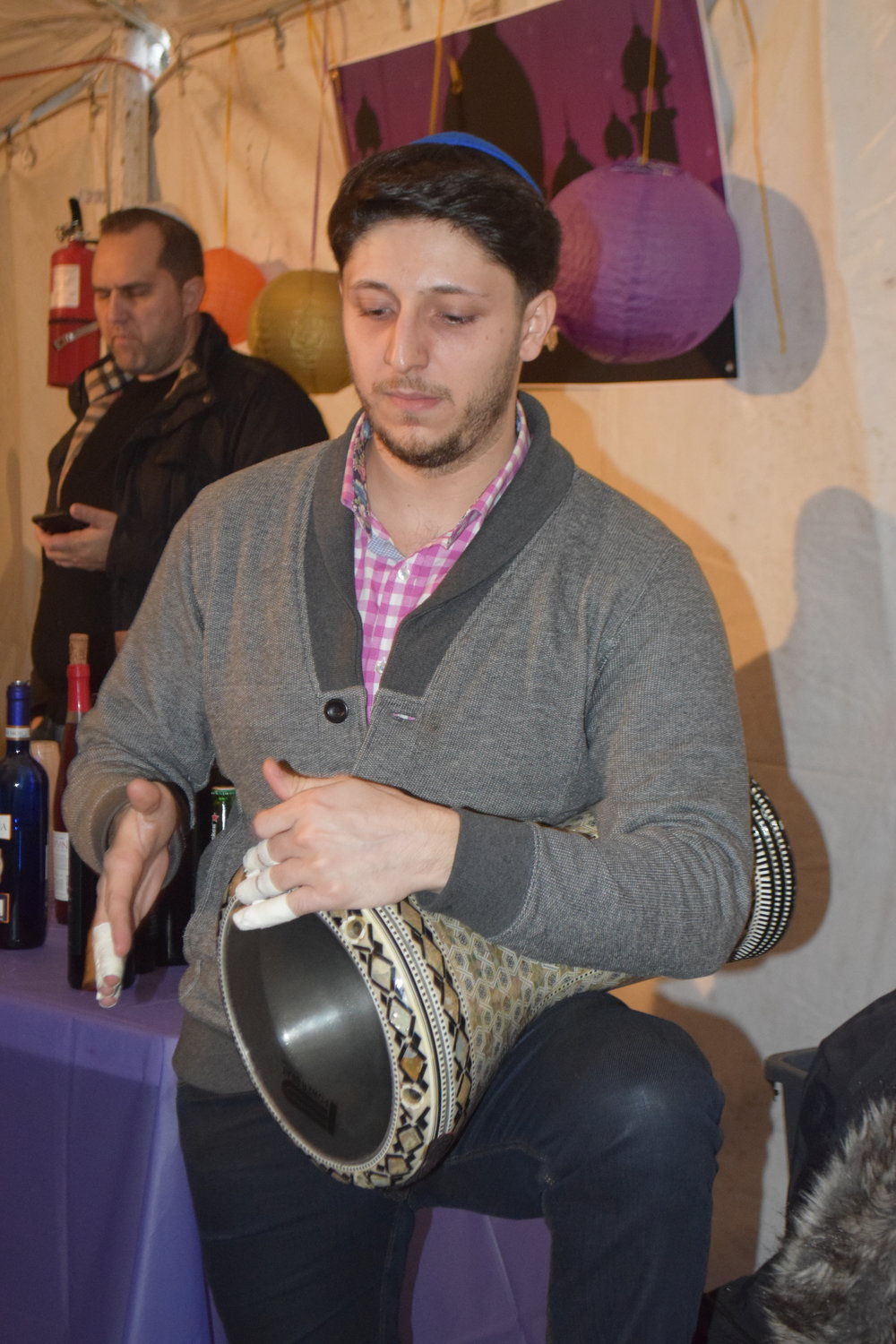 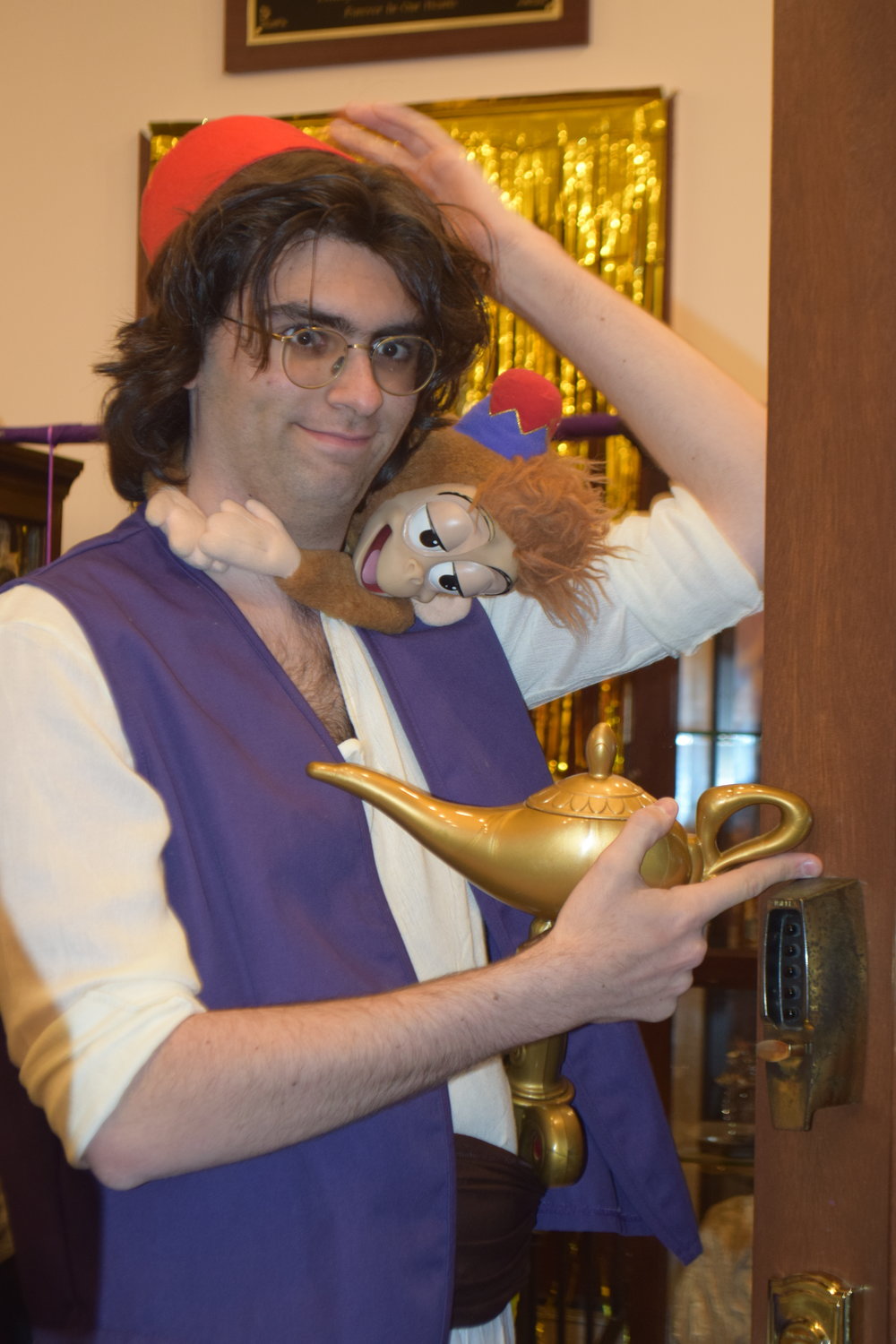 Aladdin (Henry Kahn) welcomed guests into the ‘Persian palace’ with his trusty lamp and friend, Abu.
Previous Next
By Jeff Bessen

An Arabian Nights Purim at the Persian Palace was the theme for this year’s Chabad House of Hewlett’s celebration of the Jewish holiday that commemorates the saving of the Jewish people from a threatened massacre in ancient Persia.

Recounted through the Book of Esther (known as the Megillah), Purim is a time for happiness. The holiday is marked by people wearing costumes, usually of the heroes Esther and her uncle, Mordechai, and the eating of a triangle-shaped cookie hamantash to symbolize the three-cornered hats of the era. Noise makers are used to drown out the name of Haman, the villain.

Hewlett Chabad’s party included authentic Persian food, making hamantash, creating a Moroccan tile trivet, mixing together a spice jar and, of course, listening to the Megillah. Alex Baraev, 27, a percussionist since hew was 8, performed on the darbuka, a traditional goblet-drum known for being the primary percussion instrument in Middle Eastern music.