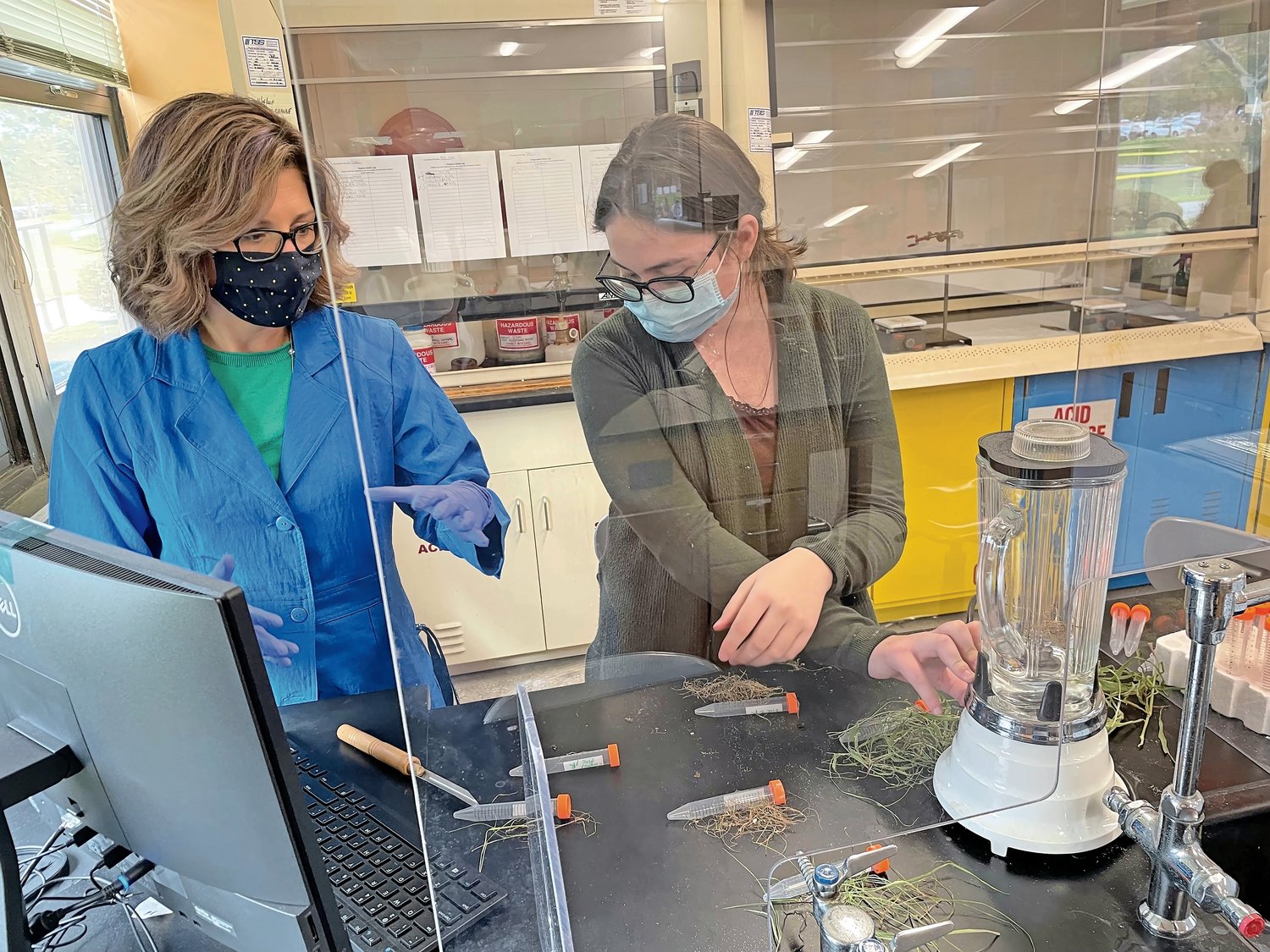 An Atlantic Beach resident who lives steps from the ocean captured first place in the Climate Change category at the Long Island Youth Summit on April 8.

Caroline Davis’s project focused on the potential for switchgrass, which is found in abundance on the South Shore, to help to remove a chemical compound called bisphenol-A, which is used in a wide array of plastic products, from soil, including beach sand.

Davis, a senior at Sacred Heart Academy in Hempstead, began her project, titled “Phytoremediation potential of switchgrass (Pancium virgatum) to remove Bisphenol-A from distinct soil textures,” last spring, when she planted eight pots of switchgrass, one of many native warm-season North American grasses, outside her home.

The grass grew over the summer, and Davis analyzed it in the fall. Four of the plants were in fine-textured soils, and the other four were planted in coarser soils.

Last October, Davis began collecting and analyzing grass samples, with the guidance of Andrea Stadler, an associate professor of chemistry at St. Joseph’s College, in Patchogue, who is also the associate chairwoman of the school’s chemistry department.

“My official results yielded that there was no statistically significant difference between switchgrass’s effectiveness in removing BPA from coarse and fine soils,” Davis explained in an email. “This indicates that a plant engineered technology using switchgrass to remove BPA from soil could be implemented in a broader range of soils.”

At the Long Island Youth Summit, high school students are encouraged to help solve local and regional social, economic and environmental problems. By collaborating with leaders of business, government and nonprofit organizations, they nurture their creative, research and social skills. This year’s summit was held virtually on April 8.

“Caroline’s project aligned with the core values of the LI Youth Summit,” Stadler wrote in an email. “The inspiration for this work came from a paper she found, and she developed a well-thought solution using her local environmental resources.”
Stadler is an Inwood native who graduated from Lawrence High School in 1997.

The paper she referred to was introduced to Davis by Stephen Sullivan, a former Lawrence High teacher who taught Stadler there, and is now the director of research at Sacred Heart.

Calling Davis “terribly imaginative,” Sullivan noted that there have been few studies examining switchgrass’s ability to absorb bisphenol-A from soil. “No scholar has ever thought to empirically test whether its impact varies with soil type,” Sullivan wrote in an email. “Additionally, Caroline is very thorough, fastidious even. Precision and consistency are hallmarks of good science. Great kid. Wonderful project.”

Davis had taken part in group projects, but, she said, this was the first time she conducted high-caliber research independently. “It feels very validating to have this project, and all of the time and energy I poured into it, be recognized,” she said. “The recognition has also fueled me to continue this research in whatever capacity I am able.”

Headed to SUNY Binghamton in the fall, Davis said she planned to major in physics, and had been accepted by the university’s Scholars Program and First-Year Research Immersion program.

She looked forward, she said, to conducting research on clean energy over the next two years.