Battling flooding in the Five Towns 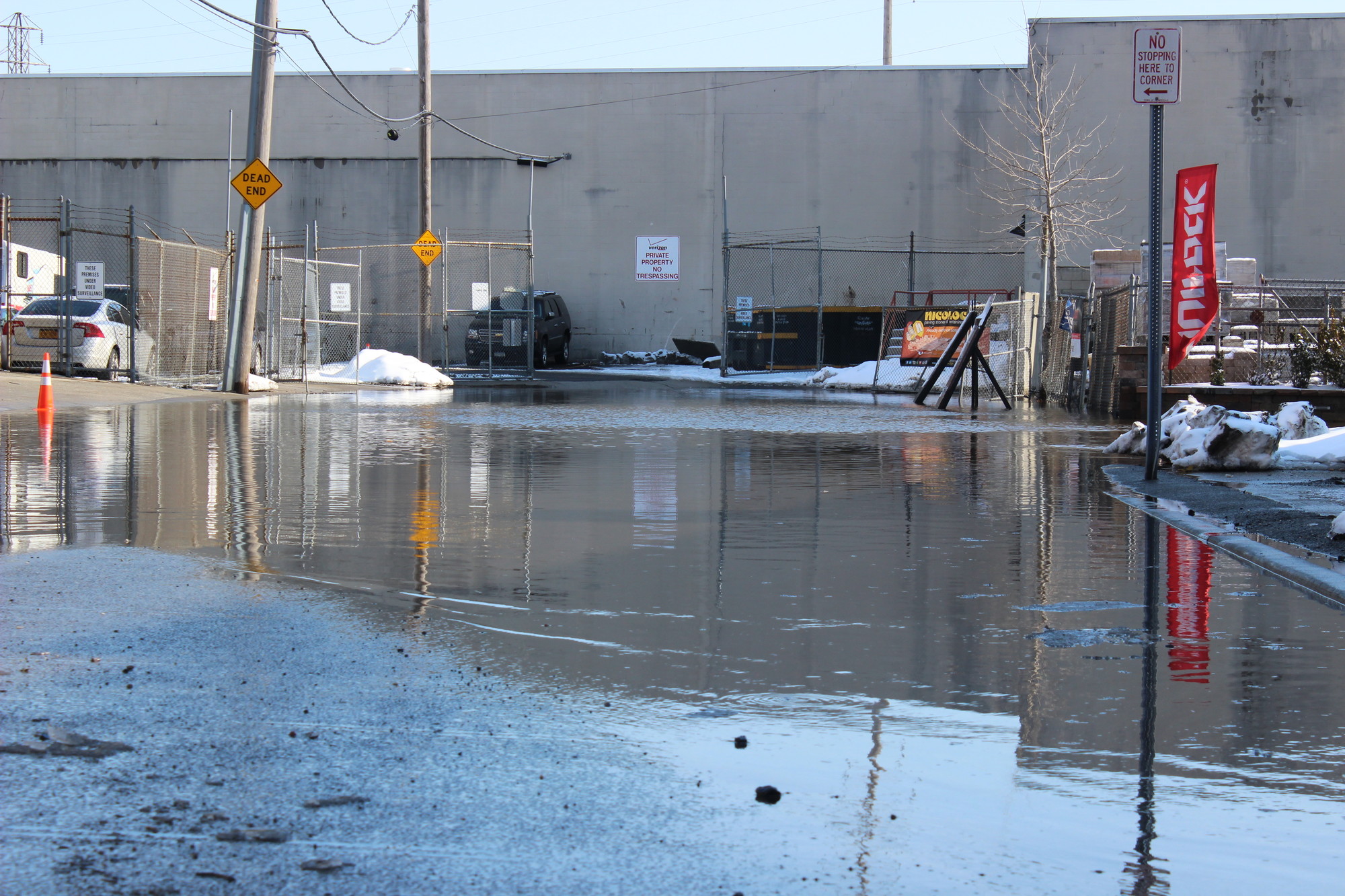 The flooding in Inwood, at the intersection of West Broadway and Taft Avenue, on Feb. 9 made the streets difficult for vehicles to negotiate.
Vanessa Parker/Herald 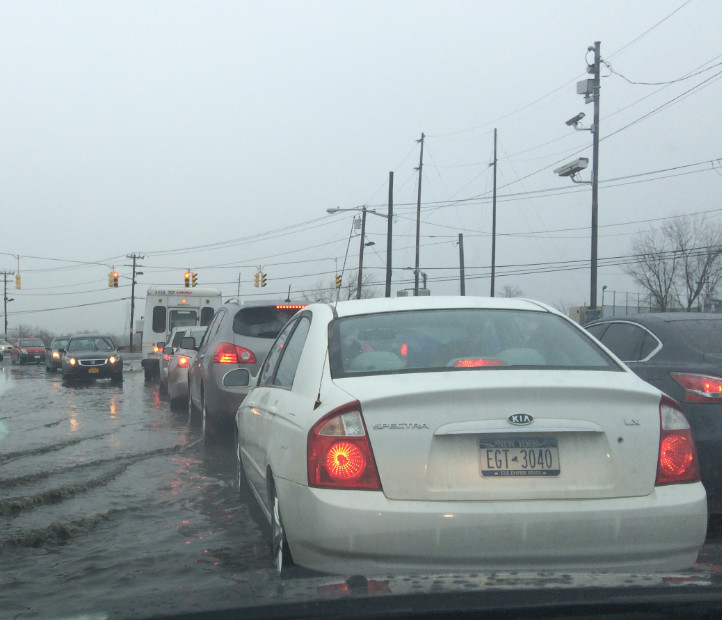 After a storm in the Five Towns last spring, Route 878, the Nassau Expressway, saw a great deal of flooding.
Courtesy Halie Meyers
Previous Next
By Vanessa Parker

Areas that were especially susceptible to the flooding included Meadowmere Park; Peninsula Boulevard, from Rockaway Turnpike to Arbuckle Avenue, in Cedarhurst; the intersection of West Broadway and Taft Avenue in an industrial area of Inwood, and Bayswater Boulevard, in Inwood; and state Route 878, the Nassau Expressway.

Severely impacted by Hurricane Sandy, Meadowmere Park continues to endure flooding, according to resident Diane Kirchner. “During the last flood, we received about 16 inches of water,” she said, referring to the Feb. 8-9 snowstorm. “There was no way out or in, and we were stranded. No kids went to schools. Our fire trucks couldn’t go in or out.”

But there are no new mitigation projects scheduled for this community, not far from Jamaica Bay. “The town does not have any planned drainage projects in these areas currently,” said Town of Hempstead spokeswoman Susan Trenkle-Pokalsky. “The town and county did a grade raise for Meadowmere Park roads about 15 years ago.”

Kirchner said she remembered that project. It made a difference, she said, but the entire residential area still floods, especially after big storms and during high tides. “We used to get flooded every three to five days before that,” she said.

There was also flooding last week about a mile from Meadowmere Park, along Rockaway Turnpike and Peninsula Boulevard, and from there to Arbuckle Avenue in Cedarhurst. The village’s mayor, Benjamin Weinstock, said that programs like NY Rising are working to help implement flood-mitigation projects.