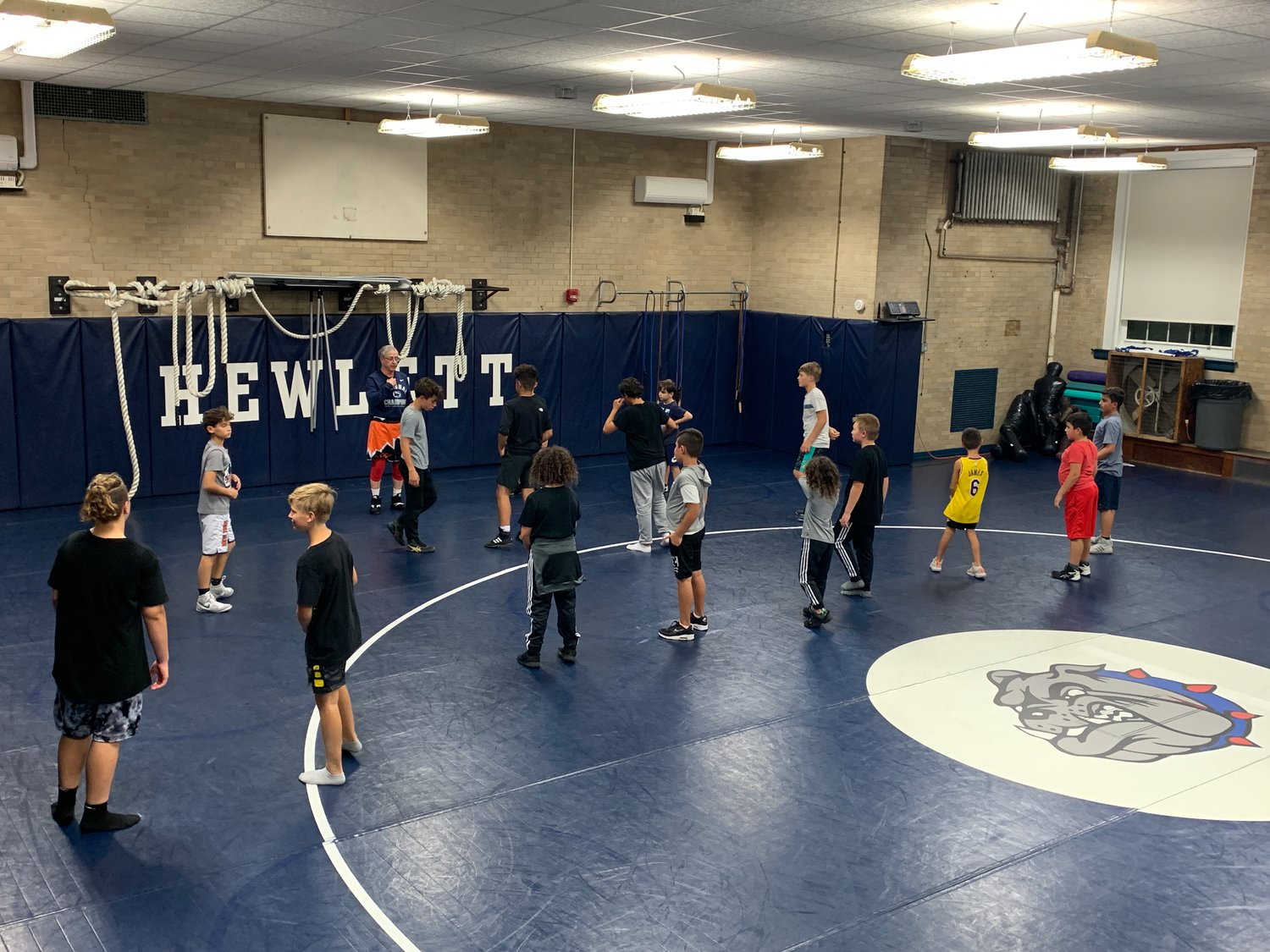 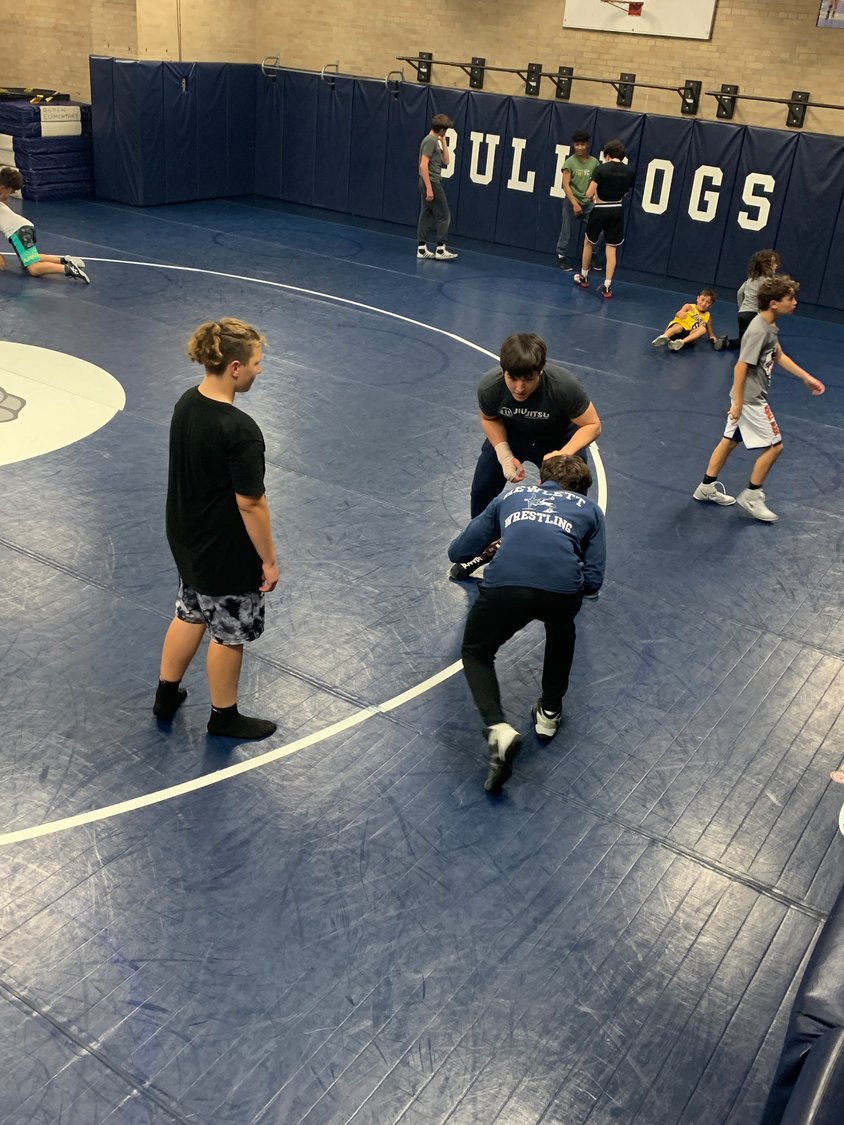 It was a good way to get my wrestling foundation and the basics down.”
Ariel Waldman
By Hernesto Galdamez

Wrestling involves a good stance, efficient movement, penetration, and a drive to the finish.

The Hewlett Police Activity League youth wrestling program that got under way at the Woodmere Education Center on Oct. 27 will be in session every Tuesday and Thursday night through Feb. 16, teaching third- to eighth-graders the finer points of the sport and potentially creating varsity-level wrestlers. The program has helped Hewlett High School build success in the sport, including a third-place finish in the Nassau County Championships in February.

Hewlett High’s varsity wrestling coach, Stephen Jones, is excited about the upcoming season, and about continuing to add to the pool of future wrestlers. “I think it’s a good opportunity for them,” Jones said. “These guys know the basics when they come up, so we can really kind of take them to a more advanced level.”

Ken Rosenberg is the youth program’s coach, and Jones appreciates the work that Rosenberg, a certified USA wrestling coach, has done. “Our coach, Coach Ken, does a great job with them,” Jones said of the young athletes. “They have the basics mastered by the time they get to high school.”

“This is where it starts,” said Rosenberg, who moved to Hewlett in 2004. “This is where it all begins.” What started as a suggestion by a father whose son was a wrestler became a reality for Rosenberg. “There was a dad bringing his kids to the Lynbrook program, and his name was Billy Smith. He asked me, ‘What do you think? Should we start our own program?’”

The PAL, which was created in 1940 to provide educational programs for boys and girls in Nassau County, has been the sponsor for the youth program since it found its way to Hewlett, also in 2004. And the results in wrestling speak for themselves. “Most of the kids that have become All-County or All-State were in PAL,” Rosenberg said. “We have a few kids that did it without the program, but that’s not the majority. Most of it is from PAL.”

Jones has five All-County wrestlers who came up through the program. One is Hewlett High senior Ariel Waldman, who acknowledged how well it prepared him to succeed in the sport. “I think it was great,” Waldman said. “It was a good way to get my wrestling foundation and the basics down. Ken is a really good coach. The younger you start, it’s better because you’ll know the basics when you get to high school.”

Eighth-grader Carlos Salazar joined the youth program when he was in sixth grade. With the help of the program, Salazar progressed so quickly that Jones brought him up to join the varsity team last year, as a seventh-grader, and he earned All-County honors. As he moves up to high school next year, Salazar said, he feels no intimidation about what will come his way.

‘This is probably one of the toughest sports in the world,” Rosenberg said. “Bill Belichick, the coach of the New England Patriots, almost always wants to draft wrestlers because he knows how tough they are.”

One of the program's youngest members, third-grader Lior Jermann, was apprehensive at first about trying wrestling. “When I came on, I was a bit nervous about doing it,” he said in a Woodmere Education Center hallway after the first practice. “Then I got a little better with it and became more confident.”

Asked if he sees himself wrestling when he’s older, Lior nodded his head excitedly before thanking Rosenberg as he walked by.