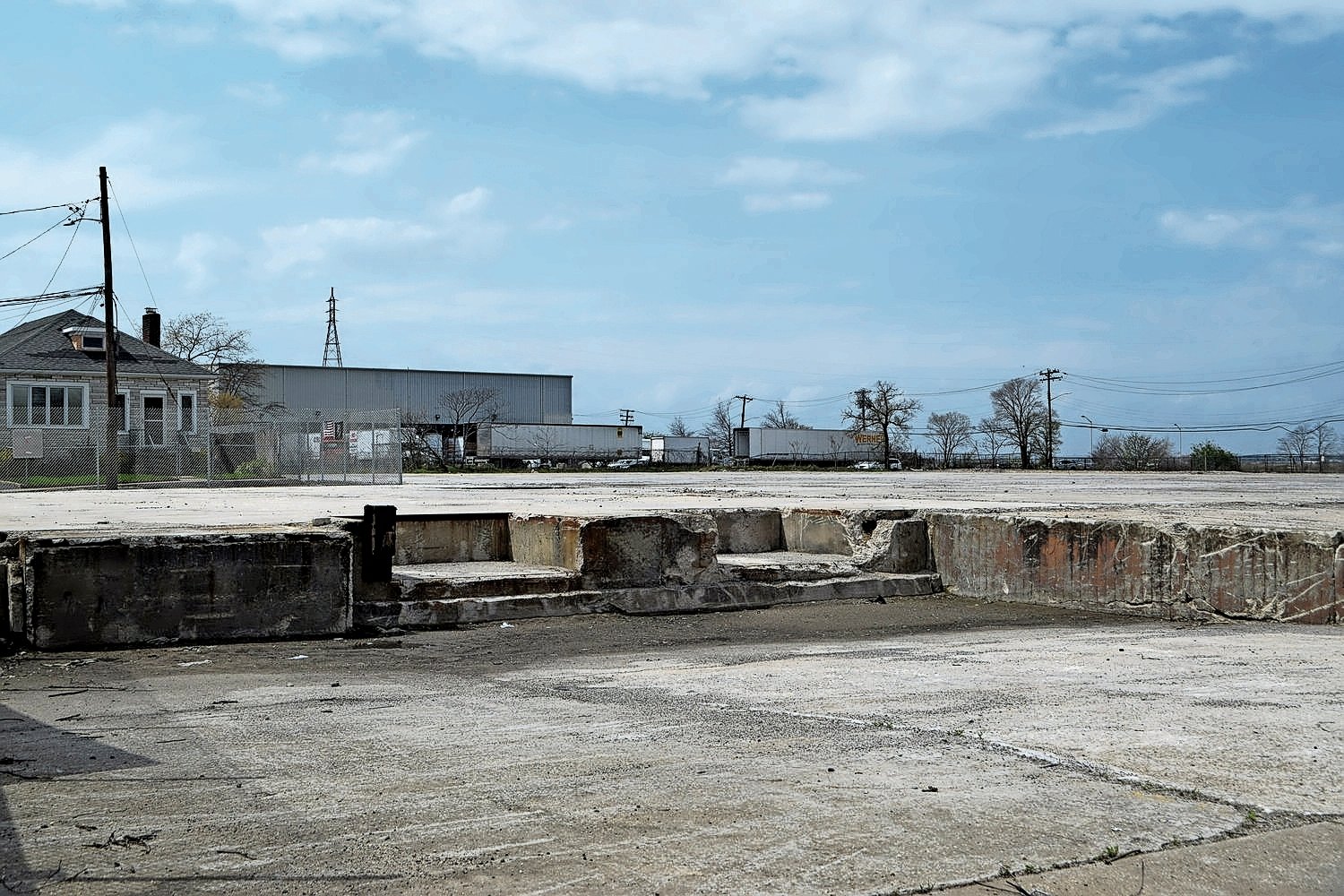 Land remediation at the 175 Roger Ave. site in Inwood is scheduled to begin this month.
Herald file photo
By Jeff Bessen

What was once called an eyesore and a danger to the surrounding homes is one step closer to being a memory as remediation of the 4.85-acre site that was once home to Rockaway Metal Products Inc. at 175 Roger Ave. in Inwood is expected to begin this month.

The extensive work which is expected to take roughly three months includes the removal of underground petroleum storage tanks and contaminated drywalls; the excavation and off-site disposal of roughly 1,735 cubic yards of petroleum contaminated soil; crushing uncontaminated site concrete and importing clean soil that meets the established soil cleanup objectives for use as backfill and to establish required grade; treating groundwater primarily contaminated with volatile organic compounds through the application of chemical reducing agents directly into the groundwater as needed; collection and analysis of end-point soil samples and post-remedial groundwater samples to evaluate the effectiveness of the remedy; and the installation of a composite cover system that consists of what is called hardscape (buildings, asphalt or concrete) and at least two feet of clean soil in areas without hardscape, according to the New York State Department of Environmental Conservation.

“[The] DEC is overseeing the investigation and cleanup activities to address contamination at 175 Roger Ave. as part of the Brownfield Cleanup Program to ensure the protection of public health and the environment,” DEC officials wrote in an email. “The applicant is currently preparing to start site redevelopment, which is expected to begin later this month or early next month.”

Sheet metal fabrication began at the site in 1961. From roughly 1971 to 1987, Rockaway Metal Products used the property. When the company left it was discovered  that the company had disposed of and improperly stored hazardous waste material. In 1993, the federal Environmental Protection Agency conducted what is called an emergency removal action and removed the barrels of waste.

The New York State Department of Environmental Conservation, along with the state’s Department of Health, determined that the site “poses a significant threat to public health or the environment.”

Chemicals tetrachloroethene known as PCE and trichloroethene commonly called TCE were found in the groundwater at levels surpassing water quality standards. There were also higher than usual levels of metals such as cadmium, chromium, lead and mercury.

Nassau County inherited the property in 1995. The site was part of the state’s Brownfield Cleanup Program from 2008 to 2013. After years of being a community hazard, the 155,000-square foot, one story building was demolished in 2018. Current applicants Inwood 175 LLC and AJM Capital II LLC bought the property from the county one year earlier.

“New York State Department of Environmental Conservation issued the cleanup notification once we complete the transaction with Nassau County they can begin,” said Alex Sands, of AJM, a commercial real estate investment firm based in Great Neck. The site will be used as a warehouse.

Information on the cleanup can be found at Peninsula Public Library, 280 Central Ave. in Lawrence. To access the project documents, go to https://on.ny.gov/336uf2M.