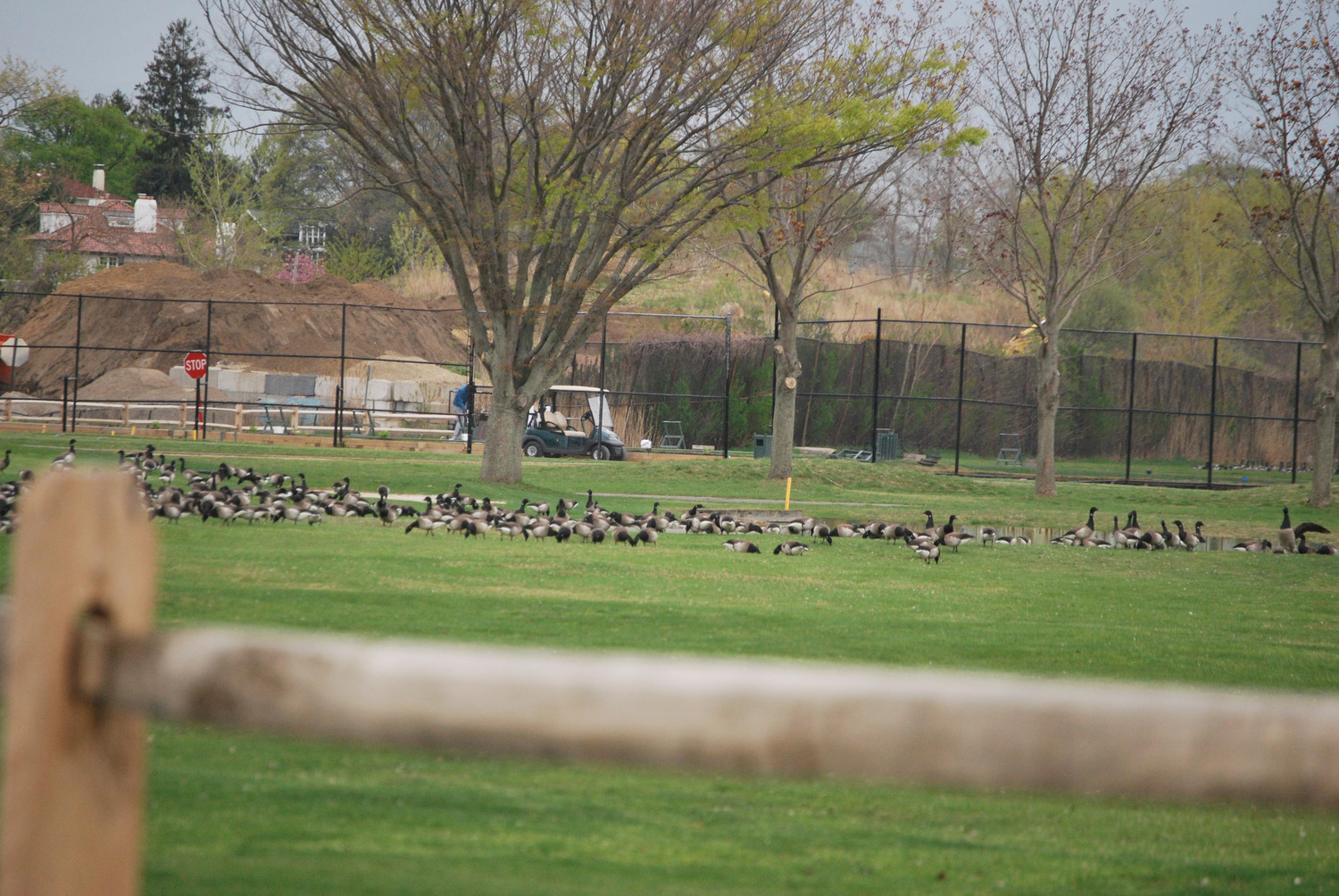 A Town of Hempstead building moratorium, enacted in November 2016 to halt golf course development and most recently extended in November 2017, was declared “null and void” in a seven-page decision issued by Nassau County State Supreme Court Judge Leonard Steinman on Dec. 26.

A notice of appeal has been filed, town spokesman Michael Fricchione said.

Efrem Gerszberg and Robert Weiss, the owners of the Woodmere Club, filed suit against the town last May. Calling the town’s building ban “unconstitutional,” they claimed that the moratorium had lasted for an “unreasonable duration.”

“[The] plaintiffs have established as a matter of law that the moratorium is unconstitutional because it currently serves no proper purpose and it has now been extended beyond a reasonable time,” Steinman wrote. “[The] defendants have failed to set forth any evidence to create an issue of fact to be tried.”

The ban mandated that privately owned golf courses within the town could not be developed until the town studied the impact of any proposed developments, es-pecially as they related to homes nearby. It was originally in effect for 180 days, and had been extended for 90 days several times.

“As we predicted, the court found the Town of Hempstead to be acting unlawfully, “Weiss said. “The only losers here are the taxpayers that spent hundreds of thousands of dollars in legal fees with nothing to show for it.”

The primary reason for the extensions in 2017 and through June 2018, according to town officials, was that Cameron Engineering & Associates, the Woodbury-based firm the town hired to conduct an analysis of converting golf courses to homes and to assess the impact of such a development, did not issue its report until April 24, 2018.

Though the legal decision went against the town, Councilman Bruce Blakeman, who, along with Councilman Anthony D’Esposito, is exploring options to the club’s redevelopment, said that many obstacles remain for the developers. “It doesn’t mean very much,” Blakeman said of the ruling. “The developer cannot put a shovel in the dirt without a lot of hurdles, and is still in contract to maintain the club as a golf course until 2021.”

In either of the other scenarios under consideration — creating a park or a park district — the town would purchase the club land, and Blakeman said that the town is continuing to study the potential cost of those projects.

Asked if all the legal wrangling — including the club owners’ lawsuit against the Village of Woodsburgh over a 180-day moratorium on subdividing property, which went into effect in October — was just delaying the inevitable, Blakeman said, “No, absolutely not. This [decision] is just about whether or not the town’s moratorium was too long.”

In April 2017, Gerszberg and Weiss, using the company names 2020 Acquisitions and Weiss Properties, respectively, bought the 118-acre Woodmere Club for $9.042 million and assumed its roughly $15 million debt. Most of the housing is expected to be built on the portion of club land located in the hamlet of Woodmere, though residential property would also be developed in portions that are within the villages of Lawrence and Woodsburgh.

More than 300 homes could be built on the club property, Gerszberg said, adding that plans are in the works to construct at least 285 single-family houses on lots ranging in size from 7,260 square feet in Woodmere to more than three acres in Lawrence and Woodsburgh. The smaller lots would sell for roughly $750,000, and those on 1-acre parcels would be priced at more than $1.4 million, he noted.

Weiss called the moratoriums enacted by the town and Woodsburgh “a pattern of unlawful exercise of police power.”

Gerszberg added, “We are confident that the Woodsburgh moratorium will also be deemed to serve no legitimate purpose and found to be illegal.”

Have an opinion about the Woodmere Club situation? Send your letter to the editor to jbessen@liherald.com.
Report an inappropriate comment