Pedro Benitez was implicated in stealing from Five Towns banks 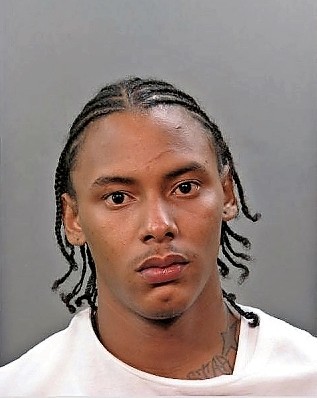 Pedro Benitez, of Far Rockaway, who admitted to having robbed four banks, including two in the Five Towns, pleaded guilty to one robbery and will serve nearly 11 years in prison.
NCPD
By Dena Gershkovich

A Far Rockaway man, who admitted to the armed robbery of four banks, including two in the Five Towns, was sentenced to nearly 11 years in prison on Aug. 10, federal officials said.

At each, Benitez entered the bank with a gun, ordered employees to the ground and demanded money. No injuries were reported in any of the robberies. Through a plea bargain, he pleaded guilty and was sentenced for only the Queens bank robbery

In addition to 10 years and 10 months in prison, Benitez was sentenced to three years of supervised released and has to pay $71,395 in restitution, as ordered by U.S. District Judge Joanna Seybert in Central Islip. Two other men were convicted for the bank robberies and await sentencing, while two more are yet to face trial, officials said.