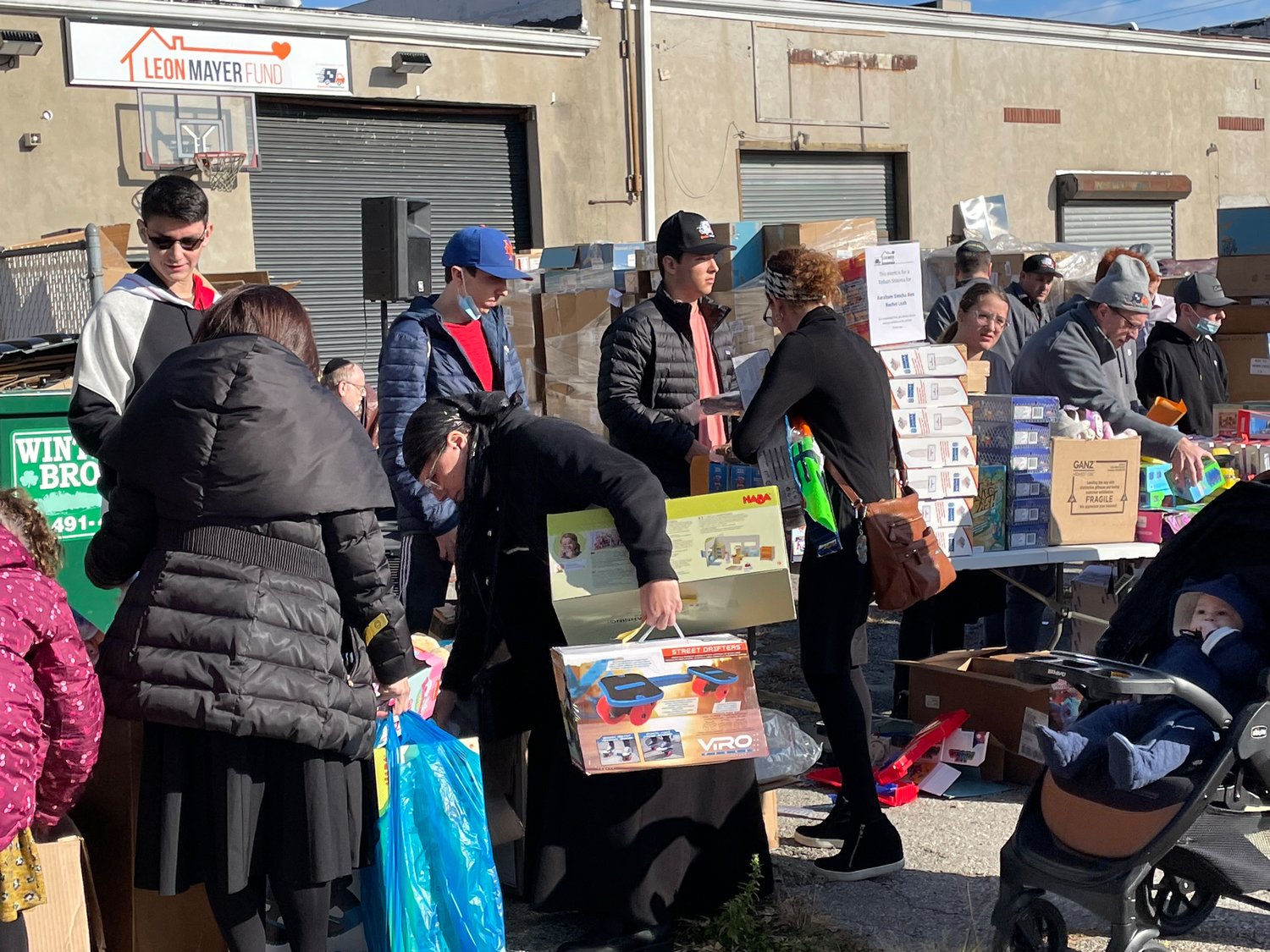 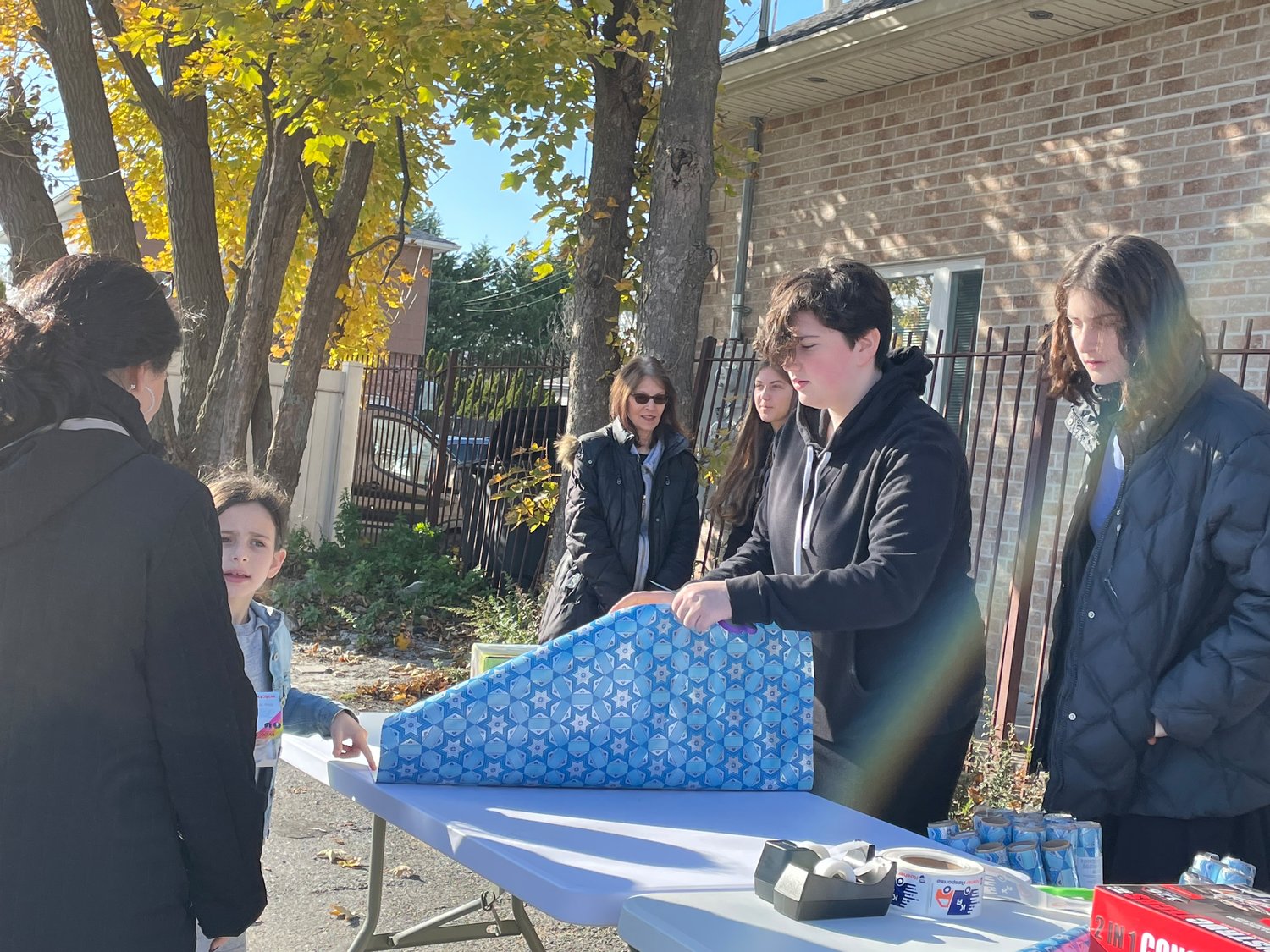 Before the roughly 200 families strode through the Stewart Avenue entrance of the Mark Ramer Chesed Center at the headquarters of the Leon Mayer Fund in Hewlett, Gabriel Boxer, who heads Kosher Response, a charitable program founded by the Hewlett resident, obtained up to eight pallets full of toys, West Hempstead resident Sam David, who runs King Davids Contractors had his trucks pick up the toys and then volunteers readied the toys for distribution on Nov. 21.

“It was open to the clients, I messaged local organizations, the JCCRP, the Gural JCC,” Boxer said, as he stood outside that Sunday shortly before the families began coming to what he said was something he organized in only a few days.

The Hanukkah gift giveaway was also done in honor of Rabbi Simcha Lefkowitz, who runs the Leon Mayer Fund, and was hospitalized last week.

Calling toy companies nationwide, Boxer, who is also known as the Kosher Guru because of his background in the restaurant industry, received 5,000 toys from Auldey Toys and DGL Toys that were then brought from New Jersey to Hewlett by David.

“I saw a need and I have the trucks,” David said as his two boys, Ruben, 7, and Isaac, 5, ran around playing with Nerf guns. “It’s about giving back. Just teaching the next generation to give back.”

Among the local volunteers and volunteers from the National Conference of Synagogue Youth, there was Ryan Arstark, a Merrick resident and junior at JFK-Bellmore High School, who volunteered with other members of JSU, a culture club at the school that offers community service opportunities to students.

Calling volunteering a “mitzvah,” which is a good deed, Arstark said: “I get to connect to my Jewish heritage and culture,” and added that though he and his family are not notably observant, “It’s nice to get involved in the culture around it and help out that community.”

Along with the positive vibes from volunteering, the volunteers were fed as later on Esther Gerassi and Miriam Wainer Gerassi of David's Famous Pizza of Cedarhurst brought pizza for everyone.