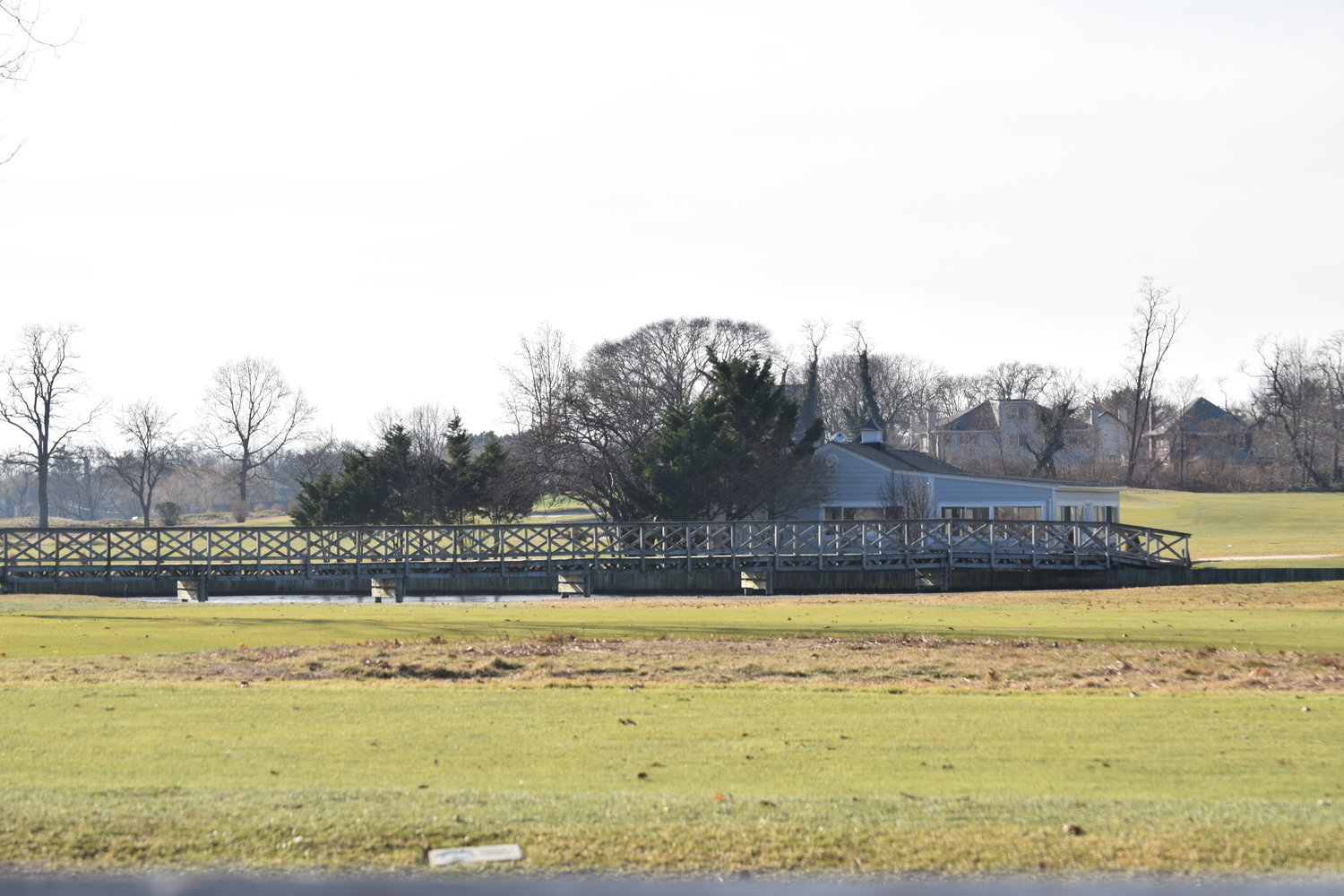 The Woodmere Club’s expanse of open space is a major reason community members seek preservation of a majority of the property.
Jeffrey Bessen/Herald
SUPPORT JOURNALISM

After a nearly two-hour in-person and virtually held public hearing on June 23, the Town of Hempstead and the villages of Lawrence and Woodsburgh voted to approve the creation of what is called a Coastal Conservation District at the Woodmere Club on July 1.

The district was created by an intermunicipal agreement between the town and the villages of Lawrence and Woodsburgh, with the aim of enhancing and maintain the nearby coastal area’s natural resources. Woodmere, where a majority of the development could occur, is a hamlet within the town’s jurisdiction.

At a town board meeting on July 1, Councilman Bruce Blakeman noted the importance of the new zoning being approved at the Woodmere Club.

"I want to thank our staff members and Supervisor Clavin for his support in this matter concerning an area that affects my district," he said. "I believe that this is a reasonable development and what we are doing here will help environmental and traffic issues in the neighborhood."

Former president of the Five Towns Civic Association, Mario Joseph, said that it is essential for open space on the property to be preserved. The civic association is a grassroots organization that has opposed development of the club.

“During this Covid period I would see people walking around the golf course as they needed a break when they got out of their homes,” Joseph said. All public comments were made virtually. “They couldn't go to the office or socialize, but what they could do is go for walks in this beautiful open area. This open area is a rarity in the Five Towns, there’s nothing like it and it should be preserved.”

The new zoning district would divide the 118-acre Woodmere Club property into three “subdistricts.” An 83.3-acre parcel, or 70 percent of the site, would be designated an open space/recreation subdistrict. There would also be a single-family residential sub district of 29.4 acres, or 24 percent of the property, and a 5.7-acre clubhouse/hospitality subdistrict accounting for 5 percent of the land.

The current proposed Willow View Estates development from property owners, Efrem Gerszberg and Robert Weiss, who purchased the Woodmere Club in 2017 for a little more than $9 million, calls for 284 single-family homes to be built on 114.5 acres of club property. 247 of those homes would be within Woodmere’s boundaries, 24 in Woodsburgh and 13 in Lawrence.

The sub-districting of the Coastal Conservation District would decrease the development to 59 residences, 41 in the Town of Hempstead and 18 in Lawrence and Woodsburgh.

Gerszberg and Weiss did not attend the hearing. Their attorney Christian Brown, read a letter on behalf of his clients opposing the proposed zoning district.

“This proposed ordinance is an attack on the owner’s fundamental property rights and is filled with other legal flaws,” Brown said. “If the town and village boards vote to approve this the owners will have no choice but to challenge vigorously in court the enforcement of these ordinances.”

Brown added that if the municipalities were to vote and approve the rezoning, it would be a “$200 million gamble with taxpayer’s money.” “If the boards adopt these ordinances and the courts strike them down, we expect the residents to see dramatic increases in taxes,” he said. “We will seek $140 million in damages from the town, $40 million from Woodsburgh and $25 million from Lawrence.”

Roughly 15 Five Towns residents spoke during the hearing. All of them opposed the developer’s proposal. Jonathan Mizrachi of Woodsburgh said he lives one block away from the Woodmere Club golf course and highlighted two potential issues if the development were to go on as planned.

“I’ve lost a car from flooding and I think additional development would be detrimental to the neighborhood especially in regards to flooding since the open space helps mitigate the flooding,” Mizrachi said. “Also the traffic would be much worse. My children take the bus to school and sometimes they’re on that bus for 30 minutes just to travel two miles.”

Kevin McAndrew, a registered landscape architect for the Woodbury-based Cameron Engineering, hired by the town, Lawrence and Woodsburgh, presented evidence that the 284 single-family home proposal would significantly cause an uptick in traffic volume.

“There are over 2,700 daily trips taken in this area,” McAndrew said. “The volume of the added traffic with this proposal [284 single-family homes] would represent a 20 percent increase to the daily volume on Broadway. Under the municipalities’ proposed zoning, daily traffic would be reduced by 70 to 78 percent.”