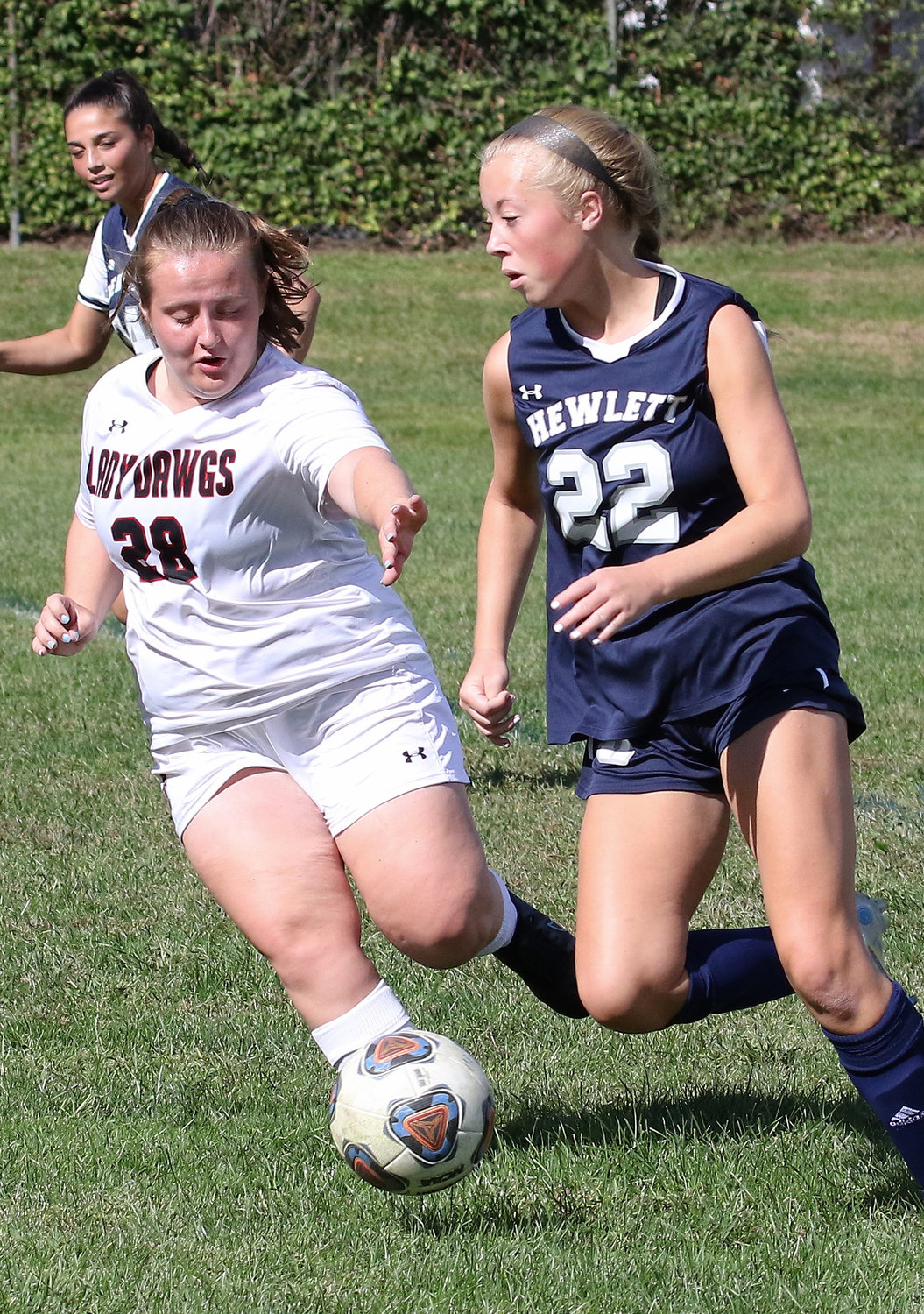 A common motto in the world of sports is that it’s not how you start a season that matters, but rather how you finish. The Hewlett girls’ soccer team in Conference A4 is looking to finish strong this season and make a run towards winning its conference.

After losing 7-1 to Clarke in their first game of the season, the Bulldogs have been on the rise since, outsourcing their opponents 12-8 and moving into fourth place. Hewlett used that game as a wakeup call in preparation for their rematch earlier this week.

“The first game was eye opening to us,” Bulldogs coach Gil Kreiss said. “We used that as motivation. As a team, we had a really solid plan in place.”

A strong defensive effort resulted in a different result as the game ended in a scoreless draw. Juniors Briana Liao-Greene and Anabella Lamour were two players that were big factors in the match.

“She (Briana) has been playing stellar,” Kreiss said. “She’s really becoming a leader on the team with her play. Anabella was also able to shut down another player on Clarke who’s been playing at a high level.”

On the offensive side of things, forward Marcie Iannico has been a driving force for the Bulldogs as her 8 goals and 17 points lead the team. The junior was named All-County last season after leading Hewlett in scoring. Iannico’s 12 goals last season were more than the rest of the team combined (8). “She has this incredible competitive drive,” Kreiss said. “There’s very little that you have to give as far as direction because of her motivation.”

Despite being one of the anchors on defense, Catherine Iannico (Marcie’s twin sister) has also had a positive effect on the offense. The mentality of both girls have even started to rub off on their teammates.

“The two of them are just so driven,” Kreiss said. “The other players want to do better because of their high level of play.”

In particular, it’s been the underclassmen who have been taking notice of how the sisters have played this season. Kreiss said Jane Marshalik, Isabella Vardaro and freshman Olivia Brown are starting to take the next step in their play.

“She (Jane) has just been growing and getting so much stronger,” Kreiss said “Isabella and Olivia are both catching on and reading the game very well.”

The group of four seniors for the Bulldogs include Paige Sirlin, Jordyn Ziarno, Hailey Kshonz, and goalkeeper Emily Erdos, who are all captains and have been nothing short of welcoming of their teammates this season.

“They’re a really nice group of girls,” Kreiss said. “The girls who are seniors bring that little special fun energy to the team.”

Hewlett ended its week with a 2-0 victory last Saturday over Island Trees in which Erdos picked up a shutout on her 17th birthday.

The Bulldogs (3-3-1) continue their with a home-and-home set with Glen Cove, a pivotal series that will determine which club will rise in the standings.