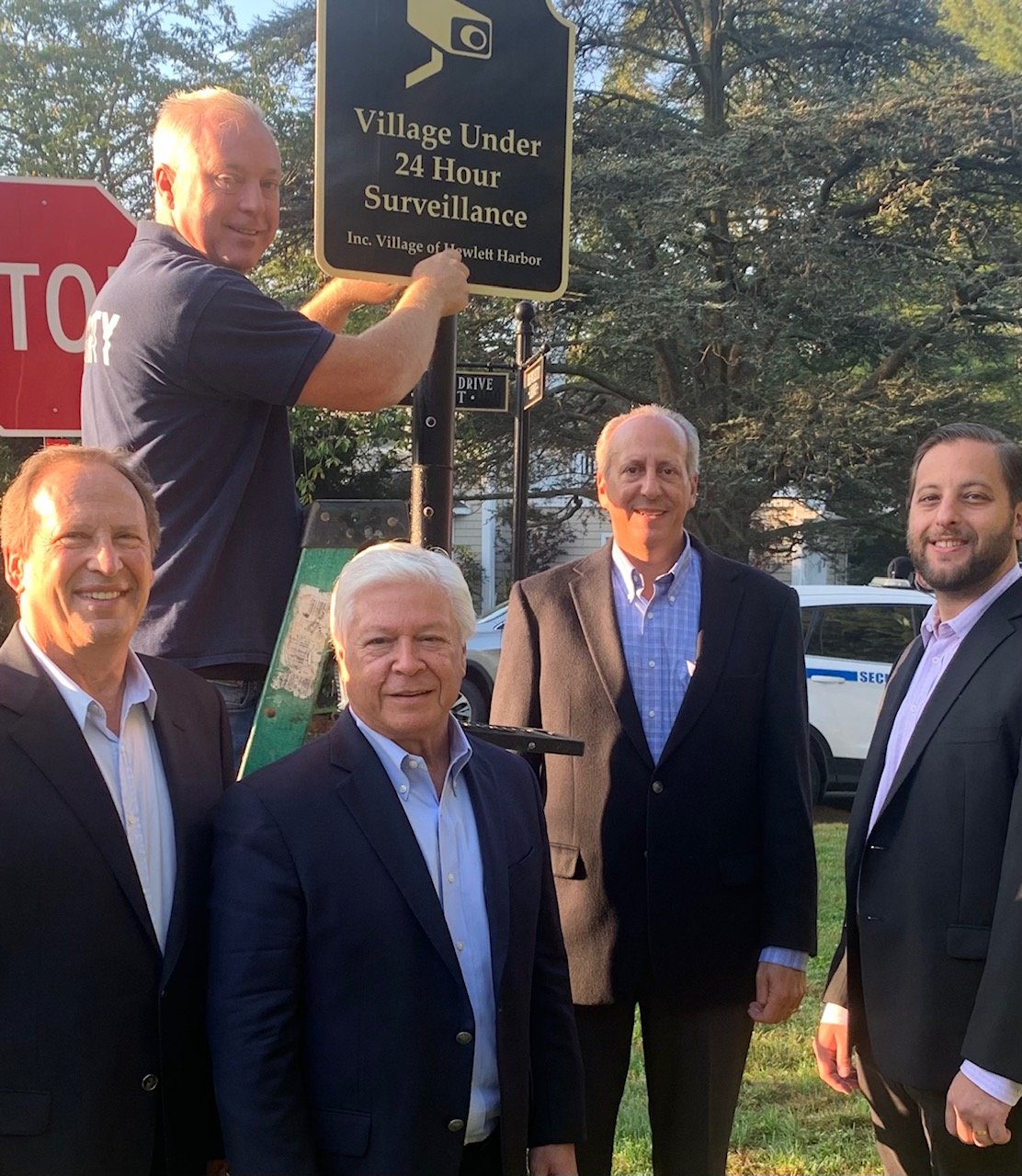 To provide greater security to its residents, Hewlett Harbor installed six cameras and the same number of license plate readers in an effort to created what village officials called a “virtual gated community.”

The small – 1,500 residents – but upscale community has one of the lowest crime rates in Nassau County, officials said, however the roughly 450-house village has been, at times, the target of car thieves and some lesser mischievous activity.

“Our goal is to do whatever we can to make sure that our residents and their property remain safe and secure,” Mayor Mark Weiss stated in a news release, noting that Hewlett Harbor was the first Five Towns village to engage a private village security patrol to supplement the work of Nassau County’s 4th Precinct police.

Through a relationship with doorbell security camera company Ring, residents were encouraged to install the devices to create a network of resident-controlled doorbell cameras that could help police identify those engaged in what Weiss called “suspicious behavior.”

In 2020, the village began to install the license plate readers. Trustee Gil Bruh noted that the LPRs were credited in the capture of a nationwide burglary ring breaking. Trustee Tom Cohen said that once privacy concerns were addressed the cameras were deployed.

“The goal here is to allow our security team to witness suspicious activity as it is occurring so that the police can be notified immediately,” Weiss stated. “As this technology is further developed, we will be moving ever closer to our vision of providing a ‘virtual gated community.’”