Hewlett proving to be competitive 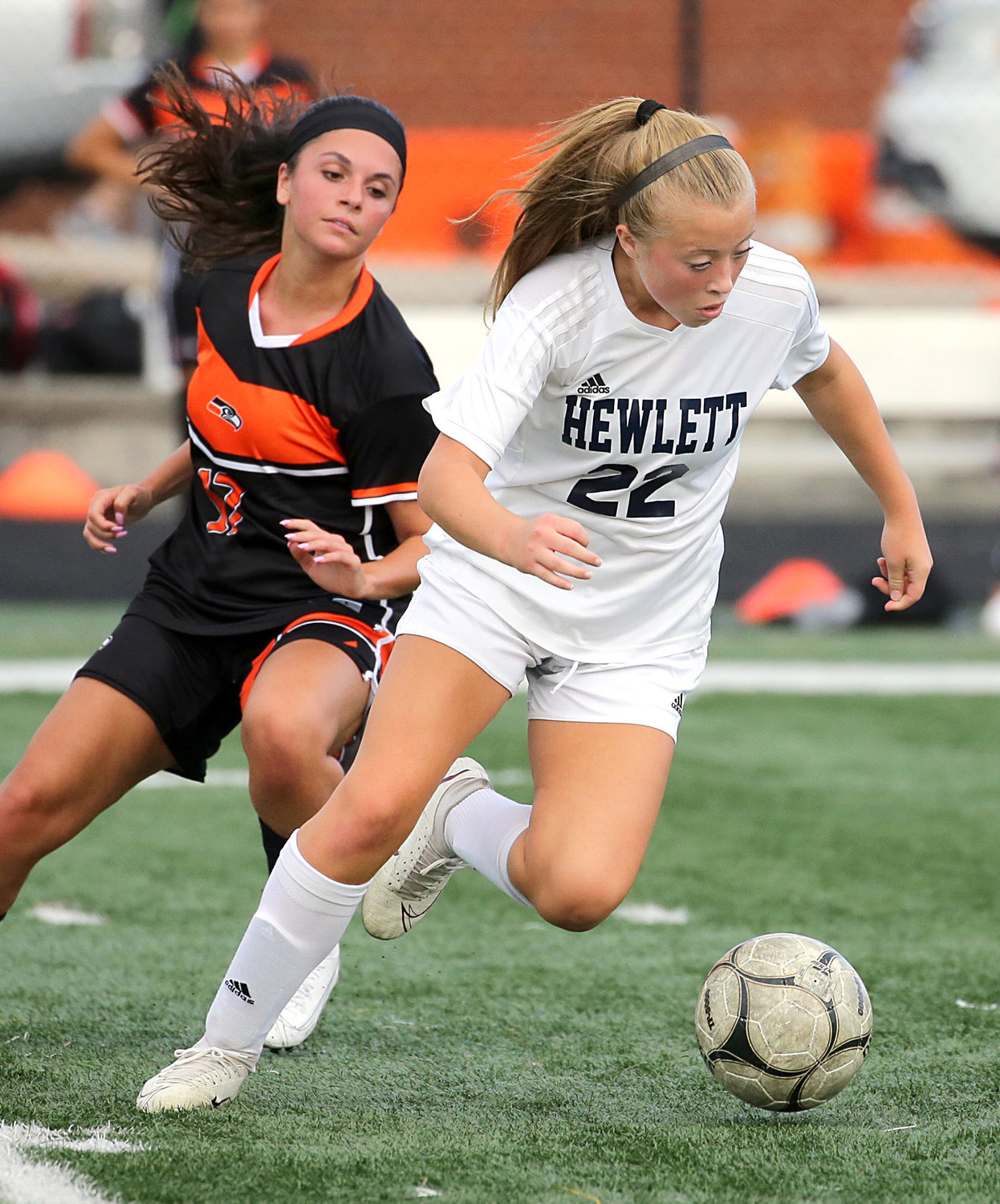 Hewlett sophomore Marcie Iannico, right, had a hat trick in its season-opening win over Valley Stream North and added two goals in a victory over Great Neck South.
Brian Ballweg/Herald
By Tony Bellissimo

However, with so few returnees and a quick turnaround, longtime coach Gil Kreiss said he wasn’t sure what to expect this fall. Through five matches, the Bulldogs are 2-3 and proving fun to watch.

“We’re working hard and not playing boring games,” Kreiss said. “We graduated a crew of strong contributors, so I really didn’t know how we’d stack up. But, we had a few girls return after missing last season and we’re competing well.”

Kreiss and assistant coach Vincent Tetro are working their 20th season together and will look to guide Hewlett to a playoff spot with a roster consisting of five seniors, three juniors, six sophomores and a pair of freshmen. “I don’t think there are too many coaching staff’s together for 20 years,” Kreiss said. “Vinny is a high energy person and has an incredibly positive attitude. He’s the head coach of a highly successful lacrosse program at Lynbrook and we always seem to be on the same page.”

Iannico and Herzberg are the starting forwards. The latter is back after not playing last season and creating plenty of problems for opponents in the box, while Iannico moved from midfield. “Joia is an aggressive player with a nose for the ball,” Kreiss said. “Marcie is a quality scorer. She brings lots of tenacity and has excellent foot skills and speed. She has an extremely hard shot and is unselfish.”

In Hewlett’s first victory of the season, 5-0 at Valley Stream North, Iannico had a hat trick and Herzberg also scored along with senior Lizzy Zemlyansky. A fifth-year member of the varsity, Zemlyansky, a midfielder, was named captain by Kreiss at the end of last season. “Lizzy is the heart and soul of this team,” he said. “She’s a solid two-way midfielder with speed, endurance and knowledge of the game.”

Sophomore Anabella Lamour starts at center-midfield with Zemlyansky and also has a high soccer IQ. Lamour, who missed last season, scored twice on direct kicks in a 4-2 defeat at Carey on Sept. 21. Senior Emma Zalcman also contributes in the midfield as well as in the back.

The defense is spearheaded by sophomore Catherine Iannico, a high-level club player who relies on a combination of speed and skill to shut down the competition. Senior Michelle Mayvaldova also starts in the center of the defense and is playing well and with confidence, Kreiss said. Juniors Jordan Ziarno and Hailey Kshonz are hard-working fullbacks seeing a ton of minutes as first-year starters.