Making up for lost time 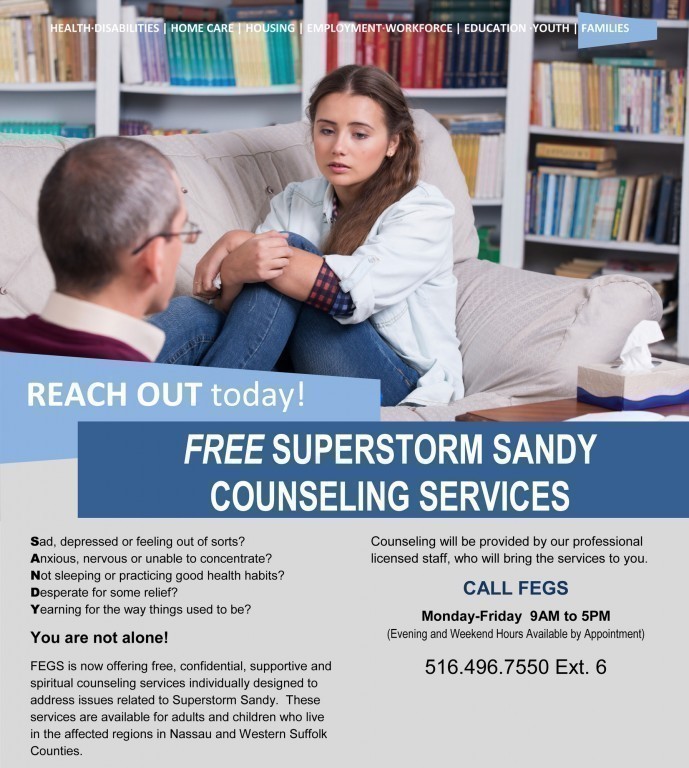 An after-school tutoring program is aimed at assisting students who lost education time and focus as a result of Hurricane Sandy.
Courtesy FEGS
By Jeff Bessen

Hoping to restore the educational development that many students lost to Hurricane Sandy, the JCC of the Greater Five Towns is partnering with a Syosset-based health and human services organization, Federation Employment Guidance Services, to create an after-school tutoring program.
The program, which is being introduced in school districts and private schools across the South Shore of Nassau and Suffolk counties, aims to help students regain the learning they lost during a school year when their lives were disrupted in the aftermath of the storm.
According to Richard Altabe, who has taught at and been a principal of yeshivas, a survey he sent out to schools during the development of the tutoring program found that students lost up to a year of learning in core subjects such as math and English. “They missed development milestones and in some cases went backwards,” Altabe said. “That impact is tremendous.”
Altabe and longtime friend Joel Block, the executive director of the JCC of the Greater Five Towns, are both Long Beach natives. They saw firsthand the devastation of their former community and many other areas after the storm, while dealing with damage to their own homes in Far Rockaway and Merrick, respectively.
“We were all in different ways wrapped up in this crisis since day one with the immediate needs of our family,” Block said. “The children were not involved. They needed to be in school. They were coming home to a place that wasn’t normal. Parents were not focused on education.”
To refocus children on their education, the tutoring program will primarily target math and English. Its teachers, contracted through FEGS, will conduct classes at individual schools.
The program is being funded in part by portions of two grants FEGS was awarded: an American Red Cross grant and a federal Hurricane Sandy Social Service block grant. A total of $980,000 is funding the tutoring program, which can accommodate 168 students. It is funded through October, and could assist students during the summer months. Other portions of the grants are being used for counseling.