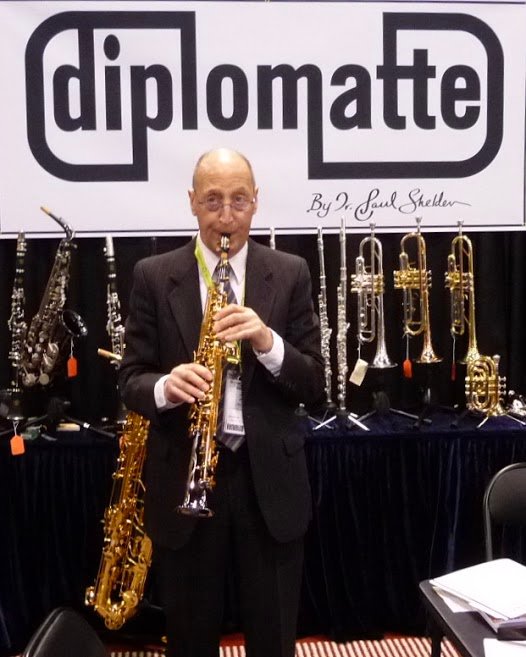 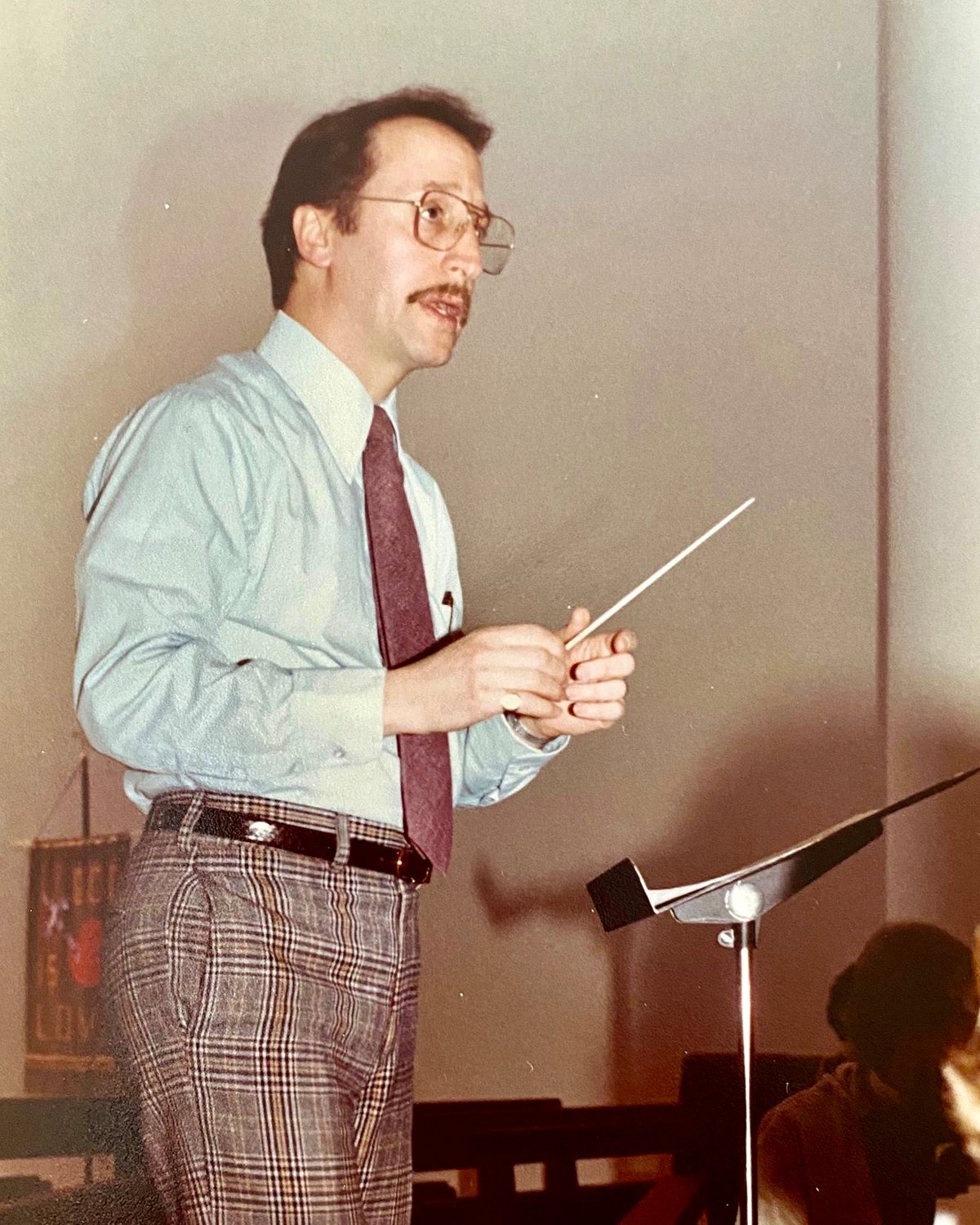 Paul Shelden conducting at Brooklyn College in 1988. He died on April 17, at age 79.
Courtesy Shelden family
Previous Next
Donations can be made in Shelden’s memory

Donations can be made in Shelden’s memory

Or Rock Steady Boxing at the New York Institute of Technology. Go to https://alumni.nyit.edu/giving/nyitcom, select NYITCOM Parkinson’s Rock Steady Program from the drop-down menu. In the comments enter In memory of Dr. Paul Shelden, second-generation boxer. If paying by check, write it out to NYIT with Rock Steady Boxing Program in memory of Dr. Paul Shelden, boxer in the memo line. Mail to, Stacey Bogdan, Development and Alumni Relations, Northern Blvd., P.O. Box 8000, Old Westbury, N.Y. 11568.

Paul Shelden was a musician who performed with big stars, but his most important role was as a husband and father who thought nothing of sticking his arm down a restaurant toilet to retrieve his son’s pen, and who always made sure his daughter’s school projects were completed.

Shelden, a resident of Hewlett for 28 years and a professor emeritus of music at Brooklyn College, died at home on April 17 of complications of Covid-19. He was 79.

Prodded by his father, Victor, who boxed as a welterweight after coming to New York from Poland, Shelden learned music, and became a well-known woodwind performer, playing the clarinet, flute and saxophone.

Inspired by his experience playing under the direction of the legendary Leonard Bernstein as a student at the Juilliard School in Manhattan, Shelden spent decades producing and conducting concerts for young people as assistant director of the Conservatory of Music at Brooklyn College. He introduced classical music to hundreds of thousands of public-school students in Brooklyn, his son, Seth, said.

“He did it all,” said Seth, who is also a musician and performer. “He was quite well known, and an accomplished person.”

Seth recounted the time he thought he couldn’t complete a college challenge that involved sleeping in the great outdoors for a month. Having never slept outside, he found it extremely difficult, so he called his dad and asked for a ride home. “I fully expected him not to do this, but he didn’t miss a beat, and said he’d come right up. I was flabbergasted. I said, I better finish, I can’t make him do that.” So Seth completed the challenge.

Paul Sheldon was born on March 8, 1941, in Brooklyn, and took to music as a youngster. He and his twin brother, Aaron, performed on Ted Mack’s television variety show “The Original Amateur Hour” in 1956.

Shelden’s musical talent took him to the Stevensville Hotel, a resort in the Catskill Mountains, where he became the bandleader. Pam Jacobs, who sang with the band, met Sheldon in 1963, and they fell in love. They were married for 51 years.

“He was generous and giving,” said his wife, who is also ill with Covid-19. She recounted Paul’s retrieval of Seth’s favorite pen from the restaurant toilet when his son was around 7.

Shelden earned a doctorate from the University of Maryland, and also played under the batons of conductors James Levine and Robert Shaw, and debuted works written specifically for him, according to his son. He wrote many published articles on music teaching and performance, and was in demand as a judge for competitions and programs.

He founded his own company in 2003, Diplomatte Musical Instruments, and oversaw the design and manufacture of woodwind instruments made in China.

Despite also battling Parkinson’s disease, Shelden connected with his father’s past as a dedicated participant in Rock Steady Boxing, a therapy program at the New York Institute of Technology. Despite the Parkinson’s and before he contracted Covid-19, he performed with Long Island’s Northwinds Symphonic Band.

In addition to his wife and children, Shelden is survived by his brother (who still plays the accordion, and worked in television financial services), as well as Napoli’s husband, Rocco, and their two children.

The family held a graveside service on April 21, led by Rabbi Bruce Ginsburg. Only 10 people attended, but more than 200 others viewed the service on Zoom.

Seth recalled that the day’s crazy weather included heavy winds, a hailstorm and then a rainbow. “It seemed magical,” he said, “since my father’s signature song was ‘Over the Rainbow.’”