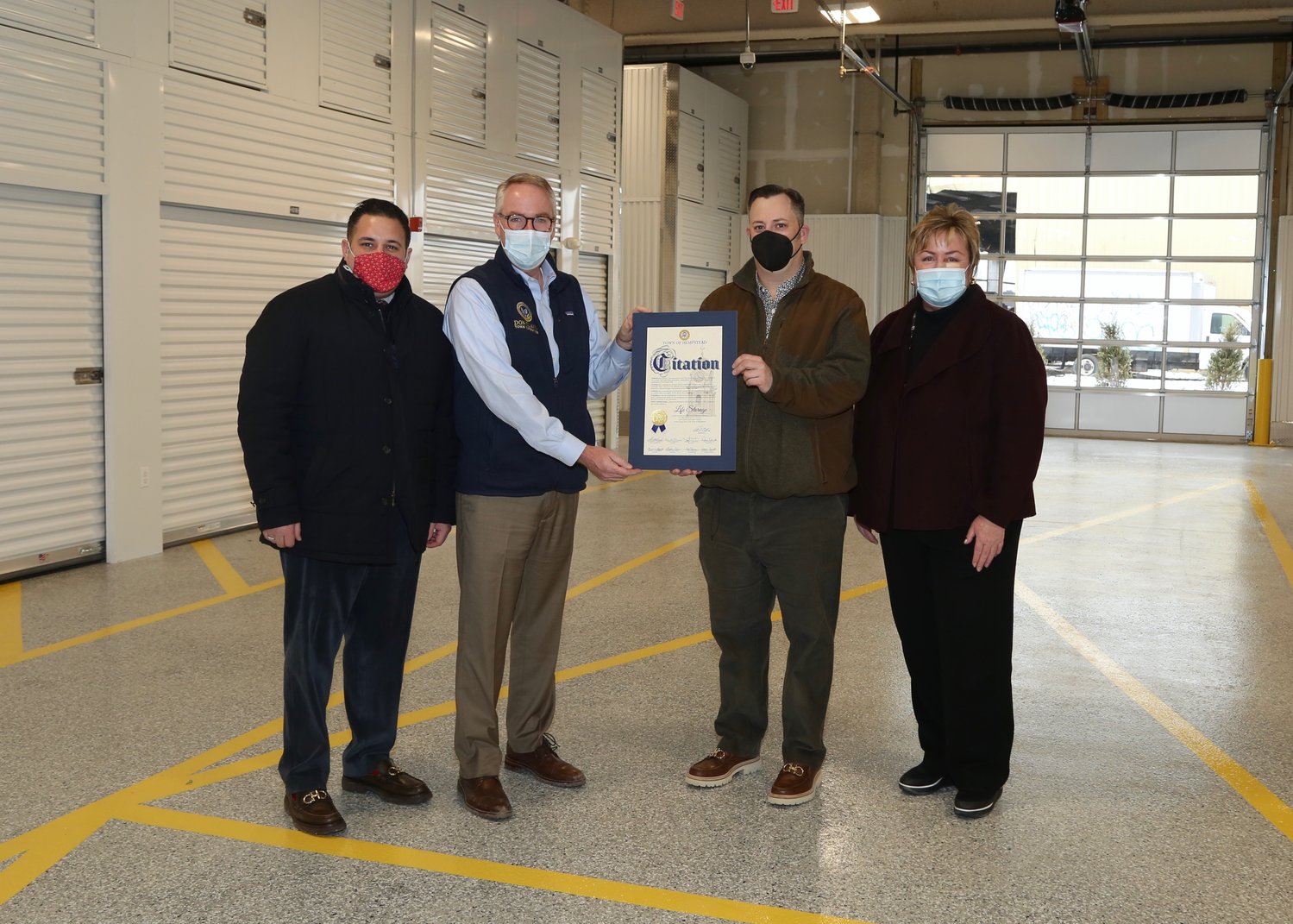 A project five years in the making has come to fruition as the new Life Storage facility opened on Monday at 4 Bay Blvd. in Lawrence, just off the Nassau Expressway near Rockaway Turnpike.

Hewlett resident Alex Catalano is the owner of the state-of-the-art 120,613-square-foot, six-story self-storage facility that now stands where Costco sought to install a 22-pump gasoline station connected to its warehouse store on Rockaway Turnpike in Lawrence in 2012. The proposal was vehemently opposed by residents and civic groups, and was denied by the Town of Hempstead.

After winning the bid for the property, Catalano began putting the pieces together with LSC Development in partnership with Amenity Self-Storage Holdings.

While construction of the building began as the expressway also known as State Route 878 was undergoing improvements from Burnside Avenue in Inwood to Rockaway Turnpike near the Queens border, Catalano waited for the roadway project to be completed to open the facility. The 878 project was finished last year.

“Unlike other contractor units you can drive into the building, get out of your car and go directly to your unit contact-free,” said Catalano, who also owns the Extra Space Storage facility on Broadway in Hewlett.

Boasting a centralized location, the facility is not far from Atlantic Beach, Long Beach, the Rockaways and John F. Kennedy International Airport and the 60 million annual passengers it serves. There are 1,220 fully climate-controlled storage units ranging in size and layout.

Amenities include a 45-foot wide interior drive-thru aisle, an additional covered loading bay and two freight elevators. The building interior is only accessible through an individualized keypad access and secured with state-of-the-art security, surveillance and fire protection systems.

“We have a waiting list with 200 people,” Catalano said, adding that storage space is being used by businesses that are now storing office furniture not in use because of people working during the coronavirus pandemic, vendors storing inventory, people storing home furniture, along with beach club members that could store items from their cabanas.

The facility will be managed by NaShae Johnson and the area manager is Robert Ciccotto, Johnson said that 75 people is the most she has seen on a waiting list and Ciccotto said the drive-thru amenity is “unique” and “there is nothing like it in the five boroughs and on Long Island.”

Life Storage, Inc., operates more than 925 storage facilities in 31 states and in Ontario. Catalano said he is “fully invested” in the Five Towns. “Whatever we can do for the community we want to do,” he said.