Overcoming anxiety and succeeding in the classroom

Sophie Riegel is an author and Hewlett High’s top student 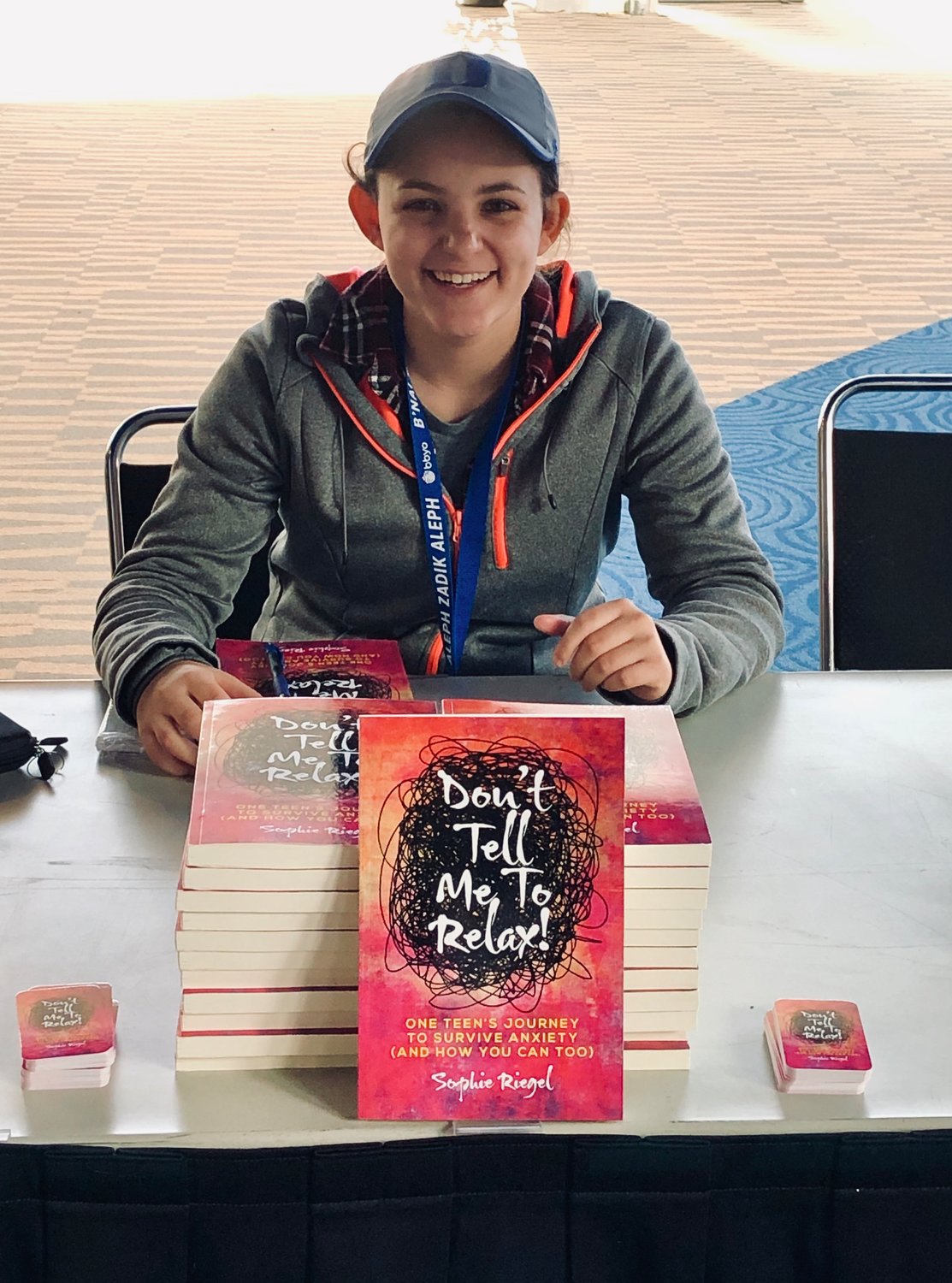 When Hewlett resident Sophie Riegel writes her resume or starts a conversation it might go something like this: I am the Hewlett High School class of 2019 valedictorian; I just had a book published on my battle to overcome anxiety, and by the way I’m attending Duke University in the fall.

Riegel wrote “Don’t Tell Me To Relax: One teen’s journey to survive anxiety (and how you can too,” that was released in January. The book offers advice to teenagers, parents and professionals on how to talk about anxiety.

The first part details her personal experience with anxiety. The second part, she outlines her advice on anxiety. Seedlings for the book were planted in middle school and it began to take shape in her freshman year of high school. “It started in seventh grade when I was being bullied for my OCD,” she said. “I started writing it in ninth grade and finished it this past August.” OCD stands for obsessive compulsive disorder.

“Sophie told me about three or four years ago about how she’s been a keeping a journal of her thoughts,” said Sophie’s mother, Deborah, adding that the most impressive thing she saw from Sophie throughout the writing was when she pitched it to publishers. “One publisher wanted to change the fundamental audience of the book in order to reach more people,” she said. “Sophie thanked the publisher for the feedback but moved on to the next publisher because she didn’t want to change the book she wrote.”

Riegel has appeared at multiple events to promote her book. “I’ve spoken at the BBYO International Convention in Denver, Colorado this February,” she said. “It was my first event speaking to teens and after I was done, I spent over an hour talking to teens about their personal stories and they opened up to me in ways that they had never done before.” BBYO, formerly the B’nai B’rith Youth Organization, aims to aspire Jewish teens and involve them in Jewish experiences.

She also spoke at the Jewish Women’s Foundation of New York “Hear Them Roar” event, also in February, about amplifying young women’s voices. “I was able to meet many parents of teens who also opened up to me but also told me that they were going to go home that day and change the way they were handling their child’s anxiety,” Riegel said.

Melissa Leder has been Riegel’s guidance counselor at Hewlett High. She highlighted what makes Riegel special. “Sophie is unafraid to advocate for doing what’s right,” Leder said. “Even in her times of doubt and frustration, she never lost herself. She’s so awesome and there will never be another Sophie.”

Riegel earned admission to prestigious Duke University. “I was looking for a college that has a strong environment and is academically elite,” she said. “I also wanted to move out of the northeast as well and experience something new.” Riegel still hasn’t officially declared a major, but said she is leaning toward neuroscience.

She plans to write a second book with her mother in the near future. “The feedback for this book has been so great,” Sophie said. “I don’t have a date in mind but I’m definitely writing a second book.”

Sophie and Deborah agree on how to handle an individual with anxiety. “You have to meet them before you move them,” Riegel said. “Before you try to make them feel better, you have to understand where they’re coming from.”

“Don’t Tell Me to Relax” can be purchased at http://donttellmetorelaxbook.com/.