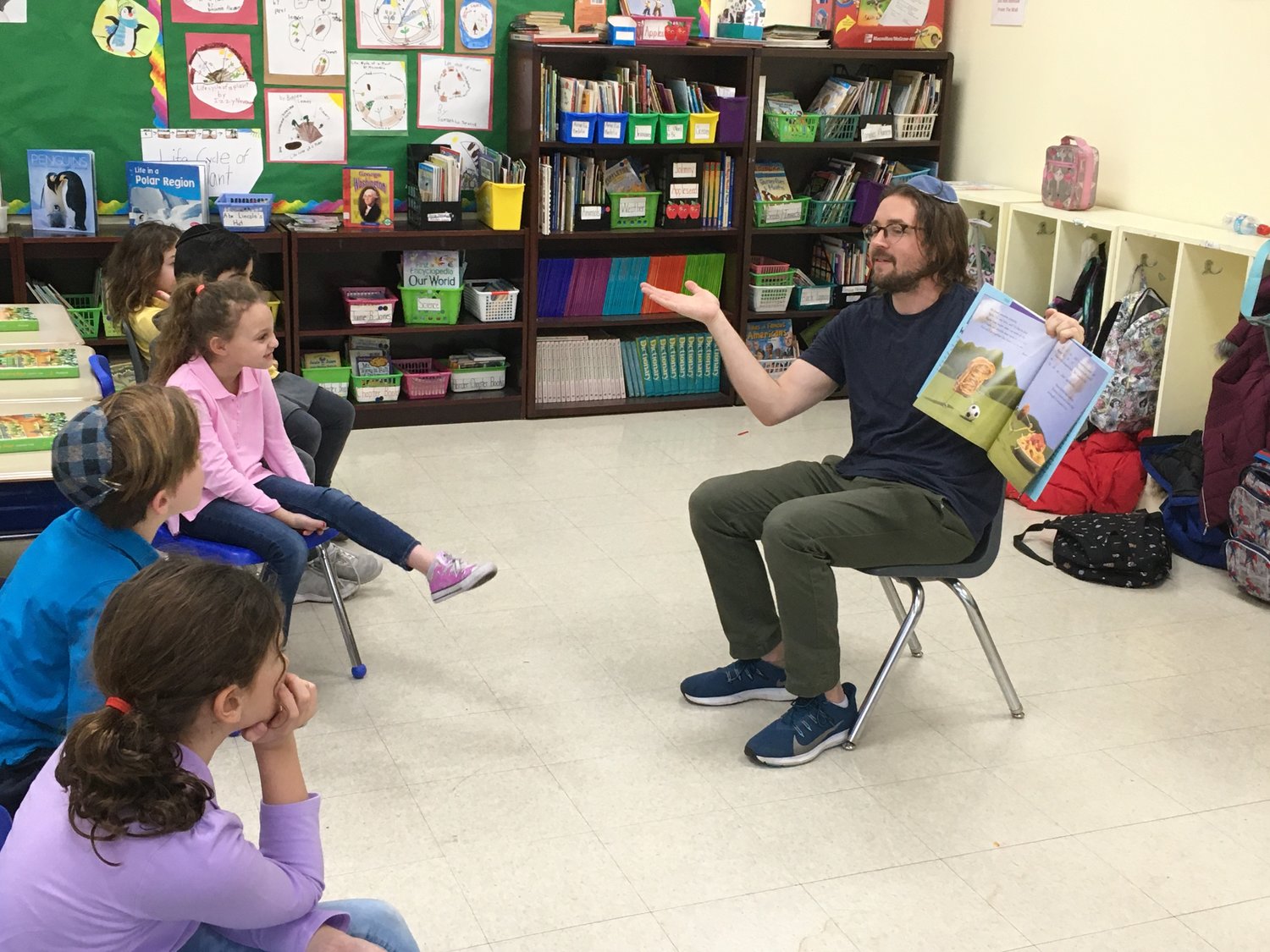 Since its inception, Hindi’s Libraries has tried to bring books to those in need. For World Read Aloud Day, Leslie Gang and Dovid Kanarfogel brought books into the classroom at The Brandeis School in Lawrence.

In conjunction with World Read Aloud Day, Hindi’s Libraries co-founders Gang and Kanarfogel visited seven classrooms ranging from nursery to second-grade classes on Feb. 5. LitWorld established Read Aloud Day in 2010, to celebrate the joy of reading aloud and advocate the importance of literacy worldwide. It is a New York-based nonprofit that works with a broad coalition of domestic and global partners to help ensure that young people across the world can experience the pleasure and growth that come from reading, writing and storytelling.

Gang, a communications director and administrative assistant at Brandeis, initially thought of the idea to read to students in the classroom. “About two weeks ago, I saw something on social media about how World Read Aloud Day was coming up,” Gang said. “The next day, I spoke with our head of school (Raz Levin) about reading out loud to students and he was on board with it.” Along with reading in class, Gang created a Mad-Libs worksheet for students to fill out. For the kindergarten and younger classes, they did painting exercises.

Kanarfogel said he was immediately on board with reading to the students when Gang told him. “There was no reason not to do something like this,” Kanarfogel said. “We’ve previously thought of branching out and doing other things besides donating books. Leslie did all the hard work of setting this up, I had the easy part of reading to the kids.”

Hindi’s Libraries was founded by Gang and Kanarfogel in November 2018 in honor of Kanarfogel’s late wife, Dr. Hindi Krinsky, an English teacher and the curriculum coordinator at the Hebrew Academy of the Five Towns and Rockaway High School. Krinsky died in August 2018. Kanarfogel has noted that one of his wife’s passions was getting children to read.

They have now donated roughly 85,000 books to 385 groups, institutions and medical practices in the United States, Israel and Puerto Rico. Books have also been donated to adoption and foster care agencies, doctors’ offices, homeless shelters, schools in low income communities, medical centers and outpatient clinics across the country.

One of the classrooms Gang and Kanarfogel visited was Helen Liebman’s second-grade class. Kanarfogel read “Peanut Butter & Cupcake” by Terry Border. One of the student’s in the class was Gang’s daughter, Alexandra, who noted her favorite book. “I’m reading ‘Matilda’ by Roald Dahl,” Alexandra said. “I love how this girl who loves reading can now do magic.”

Gang said the goal of reading aloud at Brandeis was to emphasize the importance of literature to the students. “I think that reminding students about the power of literature and the significance of reading together is extremely important, especially these days when children tend to prefer their iPad’s and Smartphone’s,” she said. “So we hoped that by reading them an entertaining book and partnering it with a fun hands-on activity, we were able to show them that reading can be exciting too.”

More information on Hindi’s Libraries can be found at https://www.hindislibraries.com/. For more on LitWorld, go to https://www.litworld.org.