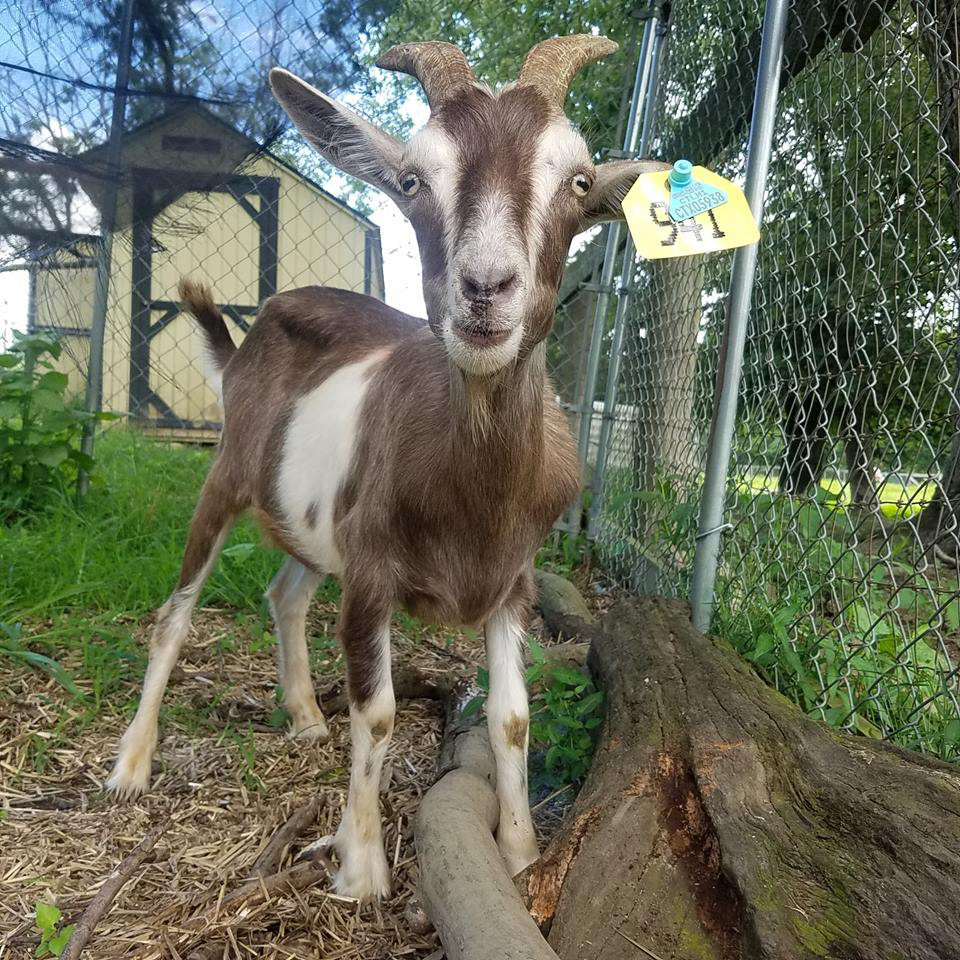 When John Di Leonardo received a call on July 31 that a goat was found seen on the streets of Lawrence, he immediately drove from his house in Malverne to the Five Towns village.

A Town of Hempstead Sanitation Department worker and a Nassau County police officer corralled the goat at the Lawrence LIRR station. The sanitation department worker took the goat to Rock Hall Museum, also in Lawrence, where Di Leonardo and his wife, Juliana, caught up to the goat, they named Houdini. Di Leonardo is president anthrozoologist of Long Island Orchestrating for Nature, an animal advocacy and farm animal rescue group. He is also the manager of Animals in Entertainment Campaigns at People for the Ethical Treatment of Animals.

“They really didn’t know what to do with [him],” Di Leonardo said, laughing.

At Rock Hall Museum, Houdini escaped from an enclosure four times during his two-night stay, said Linda Barreira the director of the Town of Hempstead museum. “He was like Harry Houdini,” she said. “He kept getting loose over and over again. He was adorable, he just kept escaping,” adding that Houdini was “a sweet goat and very strong.” “I just knew that where I kept my animals was not suitable for a goat.”

At the time of his original escape, Houdini had a respiratory infection, a kill tag in his ear and was spray-painted along his side, a sign that he was sold and set for slaughter, Di Leonardo said, adding that Houdini is a loving and trusting animal that is quick to accept food. This was LION’s first goat rescue. The advocacy group has rescued more than 350 animals with the majority being abandoned chickens, ducks and turkeys, he said.

“Even though the slaughterhouse didn’t claim him, I’m sure he did come from slaughter,” Di Leonardo said, adding that Houdini was roughly seven months old — the age when goats are usually slaughtered.

The goat received treatment for his respiratory infection there, Di Leonardo said. “Goats are very social animals,” he said. “They’re herd animals. We wanted to make sure he would have a happy life.”

Barreira expressed gratitude to the community and police for their “open hearts.” “I really like that it brought the best out of people in Lawrence,” she said. “This animal saved its life with the help of the community,” referring to Houdini’s escape.

Di Leonardo, a vegan, called Houdini lucky, as many farms would eat the goat or put him in a petting zoo, he said.

“Before I was vegan, my favorite meat was actually goat, and now I can’t even imagine eating goat,” he said, encouraging people in need of non-traditional animal rescue services to contact LION or PETA. “I’d really like to drive home that if Houdini’s story inspired you or touched your heart, then to really reconsider the animals on your plate. They are no different than Houdini. They are no different than your dog or cat.”
Report an inappropriate comment