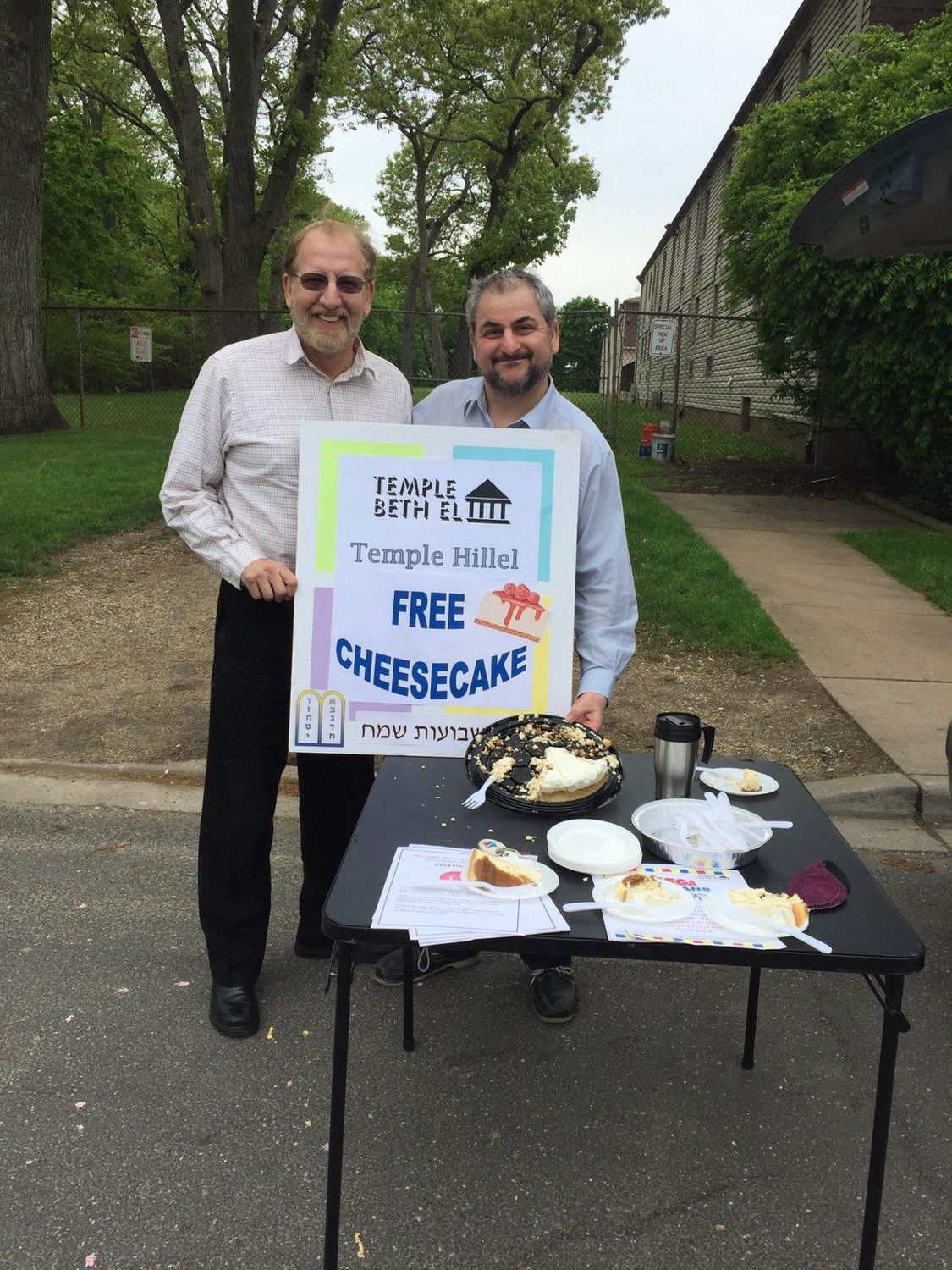 Rabbi Steven Graber of Temple Hillel in North Woodmere and Rabbi Claudio Kupchik of Temple Beth-El in Cedarhurst served cheesecake and disseminated information about Shavuot outside of Hewlett High School on May 18, two days before the Jewish holiday began. Dozens of students, both Jewish and non-Jewish visited the rabbis’ Shavuot display, and took part in conversation and ate the creamy dessert.

Shavuot celebrated seven weeks after the second Passover Seder. It began as an ancient grain harvest festival, and since Biblical times has been associated with the giving of the Torah on Mount Sinai.