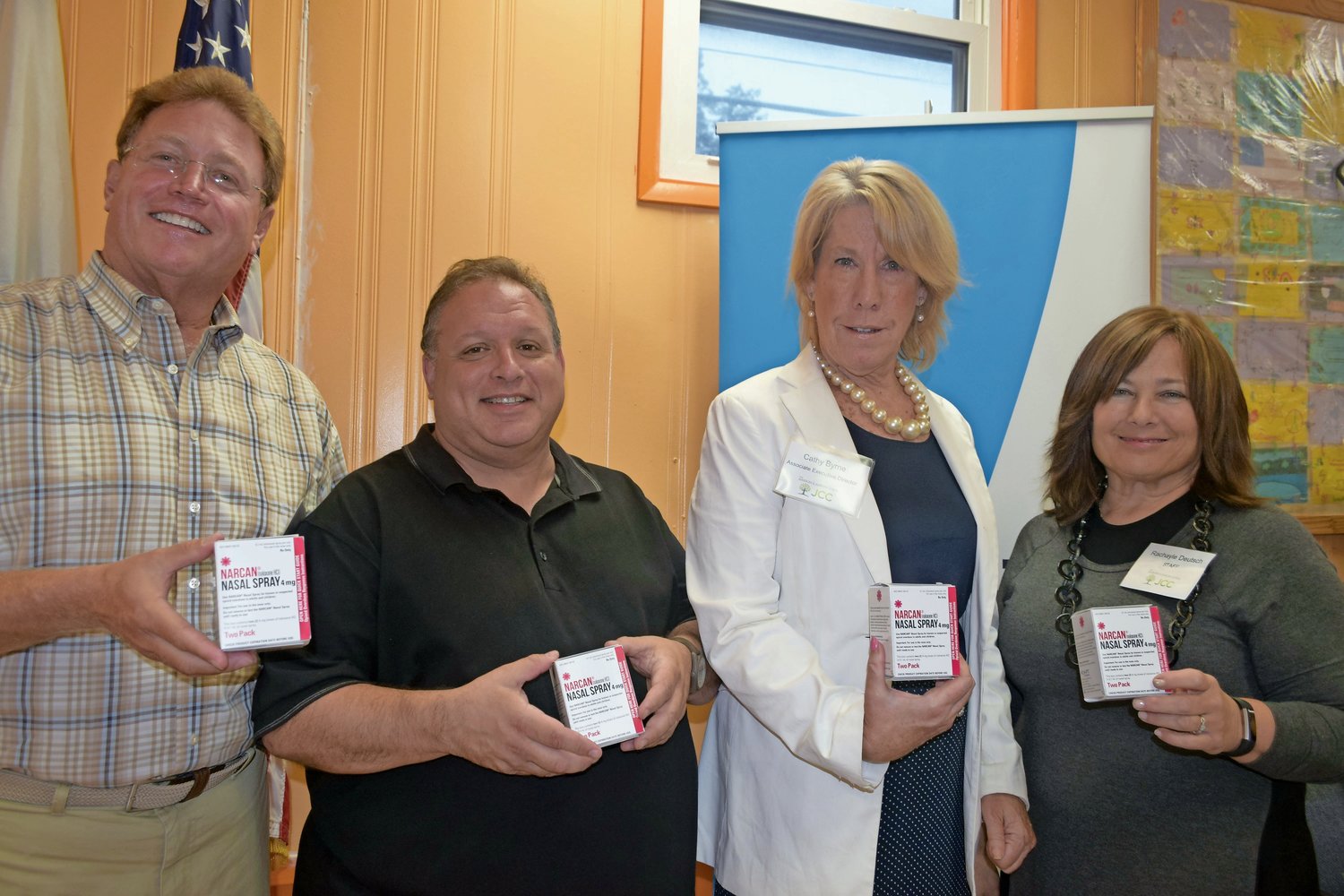 The goal of the Saving Lives Five Towns Drug & Alcohol Coalition is to make the Five Towns a safe and healthy environment for our youth.”
Susan Blauner, Director of substance abuse prevention, Gural JCC
By Matthew Ferremi

Established with the mission of combating drug and alcohol abuse, the Saving Lives Five Towns Drug & Alcohol Coalition was created by several local organizations and institutions, including the Cedarhurst-based Marion & Aaron Gural JCC. The group’s first meeting was at the JCC on July 30.

Cathy Byrne, the JCC’s associate executive director for older adults and special needs, said that roughly 40 people attended. “It was a good start for us,” she said. “Our inaugural meeting was held to bring together different organizations to accomplish one common goal, which is preventing substance abuse.” Byrne added that the plan is for the meetings to be interactive and include educational components.

The initiative began to take shape last summer, when the JCC worked with local organizations to organize two community meetings, a July forum at Congregation Beth Sholom, in Lawrence, that offered parents advice on how to help their children make positive life decisions. The JCC then helped host a Narcan training seminar in August. “We have a community that has had lives lost due to substance abuse,” Byrne said. “We’re hoping that this coalition will strategically reduce substance abuse in our community.”

Susan Blauner, the JCC’s director of substance abuse prevention, awareness and education, is an expert in substance abuse treatment. She outlined what the coalition hoped to accomplish. “The goal of the Saving Lives Five Towns Drug & Alcohol Coalition is to make the Five Towns a safe and healthy environment for our youth,” she said. “Prevention is a tremendous instrument to counteract drug use in our community, to help youth in the Five Towns make healthy choices about substance use. This theme is echoed by the school and key leaders in the community.”

Aaron Rosenfeld, CEO of the Gural JCC, said that the coalition is a vital part of a youth substance-abuse-prevention initiative funded by the UJA Federation of NY and the Mazer Foundation. “This initiative,” Rosenfeld said, “has made it possible for us to work in collaboration with many community organizations to identify and address the root causes for youth substance abuse within the greater Five Towns community.”

Village of Lawrence Administrator Ron Goldman confirmed Lawrence’s commitment. “We are involved with this coalition,” he said. “Mayor [Alex] Edelman wanted us to join so we can help fight substance abuse within our community.” Goldman added that the village was unsure what its exact role would be, but it would be “lending support.”

The Five Towns Premier Rehabilitation and Health Care Center, in Woodmere, is also part of the coalition. The center’s administrator, Joe Benden, said he was invited to join the group about a month ago. “In skilled nursing facilities, we see the struggles people have with addiction, pain medications and how that often affects their entire family,” Benden said. “Five Towns Premier cares about the community and is committed to working with their neighbors in keeping our youth safe and drug-free.”

Woodmere resident Dr. Aaron Glatt, the rabbi of Congregation Anshei Chesed, in Hewlett, and Infectious Diseases Epidemiologist at South Nassau Communities Hospital, in Oceanside, spoke at last July’s forum. Glatt is representing the hospital in the coalition. “It’s important to address the community on a topic like this,” he said. “While drug and alcohol abuse is not a huge problem in this community, it’s not a zero problem.”

Glatt said he hoped the coalition would be able to help stop drug and alcohol addiction in its tracks. “The number one thing I’m hoping this coalition accomplishes is prevention,” he said. “We want to make sure addiction is stopped in the process before somebody gets hooked on drugs and/or alcohol. It’s important for our community members to know that there’s help out there for them.”

Byrne said that coalition members hoped to meet once a month. The next meeting date has not been set. “It was a fantastic opening meeting for us,” she said. “We’re just getting started with this.”

On Aug. 6, the JCC joined forces with Project Extreme, Tempo Group and The Living Room for a Narcan training and opioid awareness forum at Congregation Aish Kodesh in Woodmere.