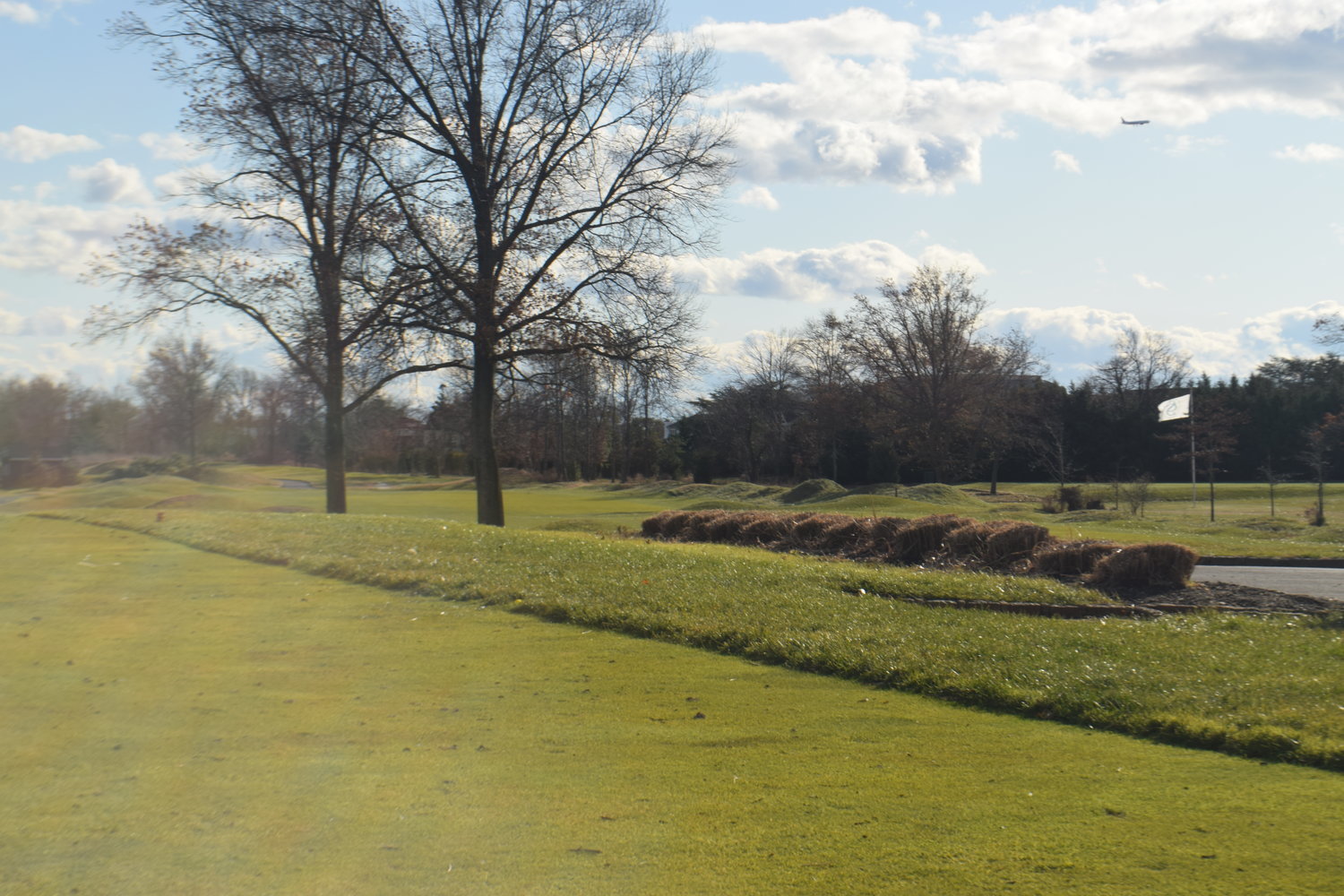 Seawane Country Club’s owners said that the influx of members from the Woodmere should help hasten the pace of upgrades — including to the golf course, above.
Jeffrey Bessen/Herald
Seawane offer unanimously approved

The Seawane Country Club’s offer to the more than 100 remaining members of the Woodmere Club to join Seawane, in Hewlett Harbor, was accepted almost unanimously, with more than 98 percent of the Woodmere members approving the plan last month — a third more than was needed.

Legacy memberships date back to before developers Efrem Gerszberg and Robert Weiss bought the 118-acre club in 2017 for a little more than $9 million, and assumed the club’s nearly $15 million debt. The Woodmere Club will remain open through Oct. 31 for house members to play tennis or cards, swim or use the gym. There will be no locker room or food service. Catering for events and parties will remain in operation. Legacy members also have access to the club until it closes.

“This is a way for two memberships who have been friends and neighbors for decades to unify under one roof,” said Dan Klein, who, along with Jared Brecher, bought Seawane late last year. Klein added that the transaction will help expedite the planned upgrades, ranging from the bridal suite, the golf course and the pool.

The legal battles growing out of the planned development of the 112-year-old Woodmere Club continue: The club’s owners have filed their third lawsuit in less than two years, and their second opposing an action by the Village of Woodsburgh.

In Nassau County Supreme Court last month, developers Efrem Gerszberg and Robert Weiss claimed that the village’s newly created “vision plan” illegally targets the club and that the plan itself is illegal, as is its proposed upzoning of the club’s 37 acres in Woodsburgh. Club property also extends into the Village of Lawrence as well as Woodmere, a hamlet in the Town of Hempstead.

“The village is 70 years late with its vision plan,” said Gerszberg, who, along with Weiss, bought the club nearly three years ago, planning to build 285 single-family homes on 114.5 acres of its 118 acres. “The village is all residential,” Gerszberg continued, “yet it suggests that at the corner of Meadow Drive and Broadway there should be apartments. There is an apartment building already. The plan is retrospective. It’s supposed to be prospective.”

Gerszberg and Weiss claim that the village is applying its power to oversee planning and development “for the illegitimate purpose of slowing and undermining a single proposed action” — the partners’ proposed development plans.

In the suit, they claim that they have spent roughly $1 million in engineering and what they called “professional” fees to prepare a subdivision map and an environmental impact study. “We are not going to stop,” Gerszberg said. “We are well-funded.”

In May 2018, the developers filed suit over the town’s building ban on private golf courses, which took effect in November 2016. A judge sided with the club owners, and the town did not appeal. Then, early last year, Gerszberg and Weiss sued Woodsburgh over a 180-day moratorium on subdividing property that the village instituted in late 2018. That action ended with a settlement: The village voted not to extend the moratorium or enact another one that focused on subdivisions, and the developers dropped the suit.

Asked about the latest suit, Woodsburgh Mayor Lee Israel said he believed the village board acted properly in created the vision plan, but he would not comment further on the pending litigation.

“The board has a duty to act in a lawful manner that promotes the health, safety, morals and general welfare of the village and its residents,” attorney Brian Stolar, who represents Woodsburgh, said of the vision plan.

Gerszberg and Weiss have offered an alternative development plan calling for an upscale 200-unit apartment complex for residents 55 and older and 65 non-age restricted single-family homes.

Rena Saffra, of the Five Towns Civic Association, said the group appreciates that the developers took public opinion into account in creating a new plan, but it still involves too many new residences. “They have simply reshuffled the deck,” Saffra said. “We maintain that they have an opportunity to really make a positive impact on the community by working with us and considering what our needs are.” Maintaining a 9-hole golf course for the 55-plus community or creating a playground could be a consideration, she said, adding that the association hopes to continue talking with the municipalities and developers.

The intermunicipal agreement between the Town of Hempstead and the villages of Lawrence and Woodsburgh to create a specific zoning code for the Woodmere Club was approved by Lawrence on Jan. 9. The two other municipalities signed on last month.

Have an opinion about on the proposed Woodmere Club development? Send your letter to the editor to jbessen@liherald.com.