A small school with big successes 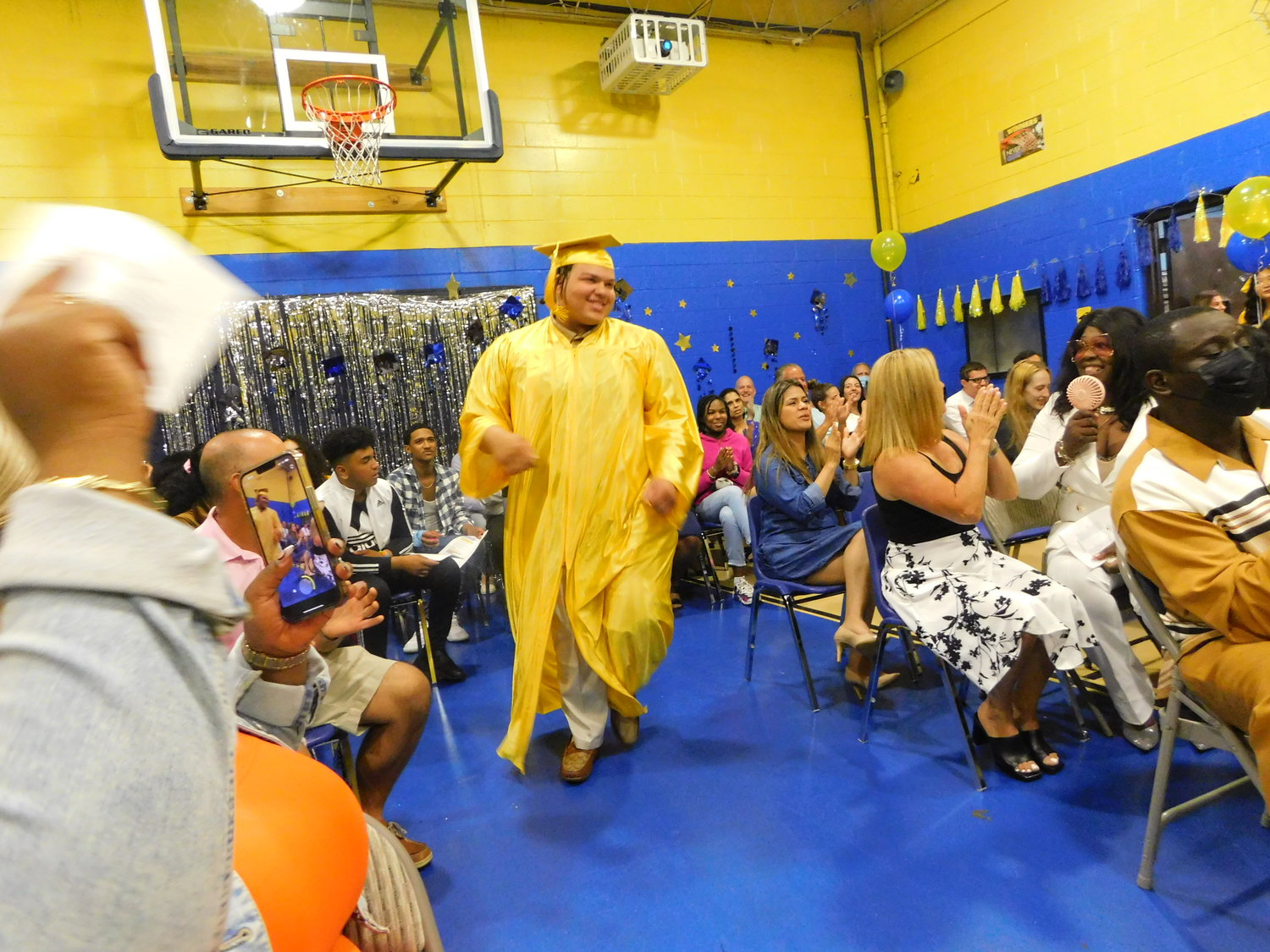 Woodward graduates entered one by one, applauded and cheered by caregivers, friends, and Woodward staff.
Reine Bethany/Herald 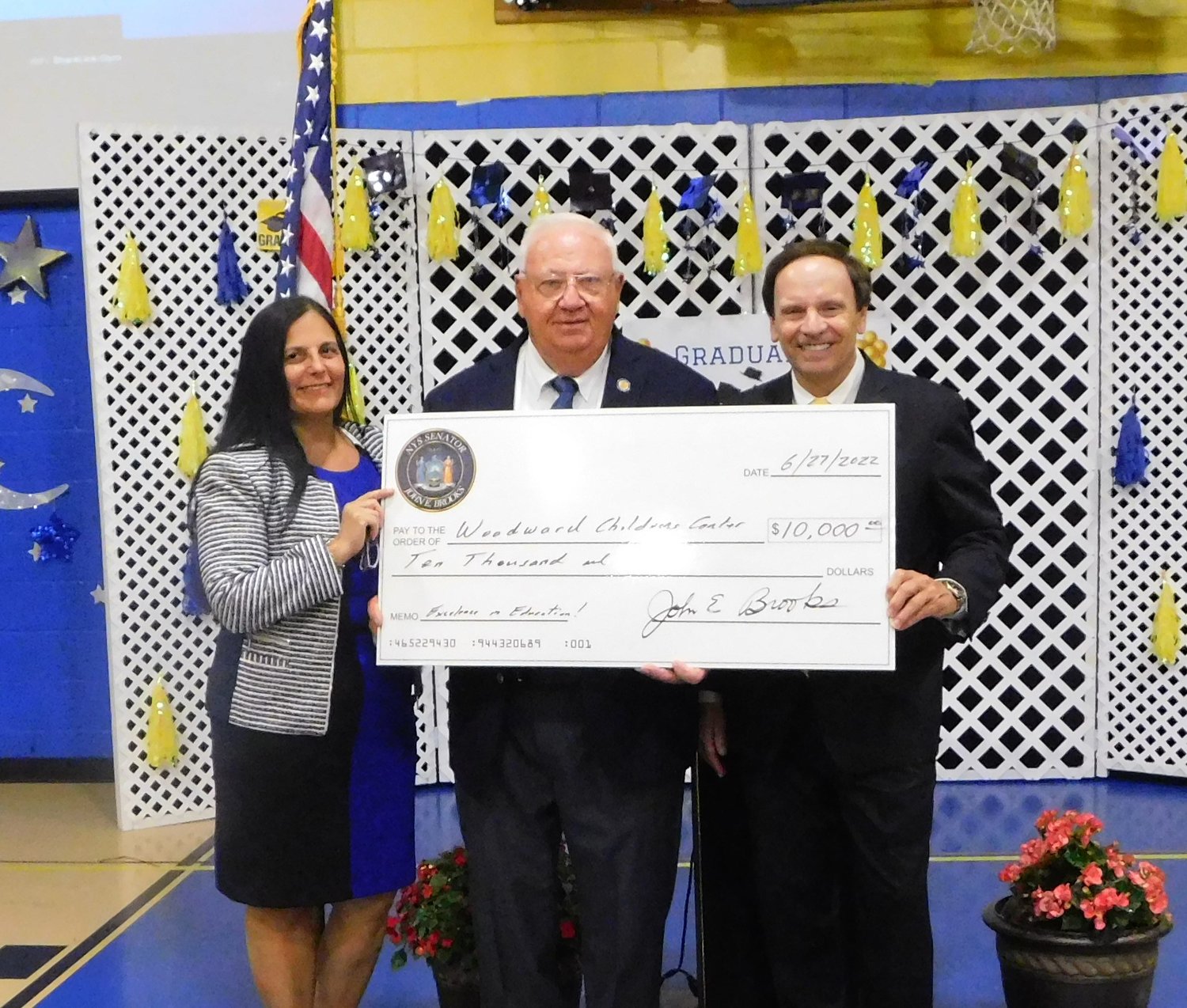 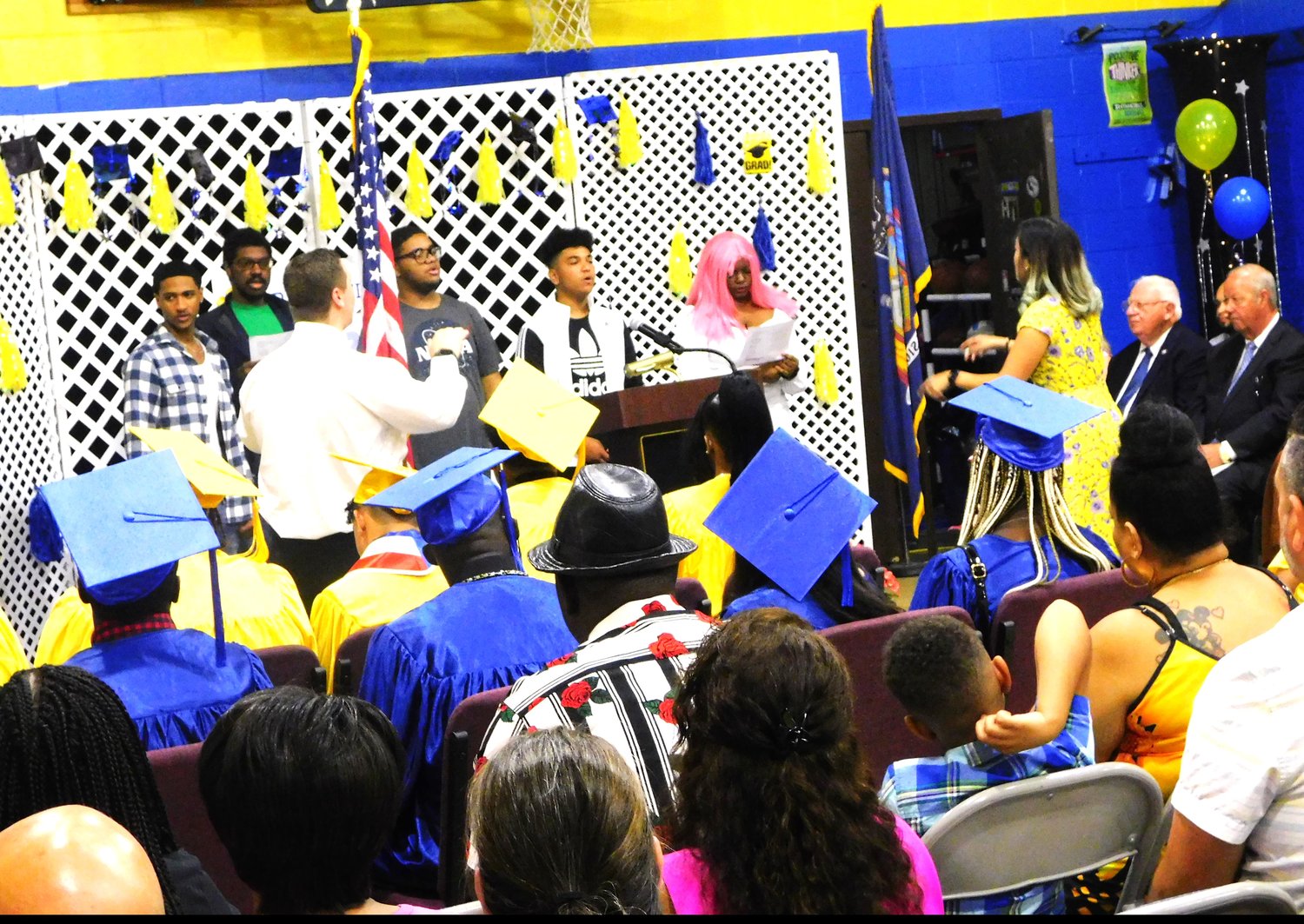 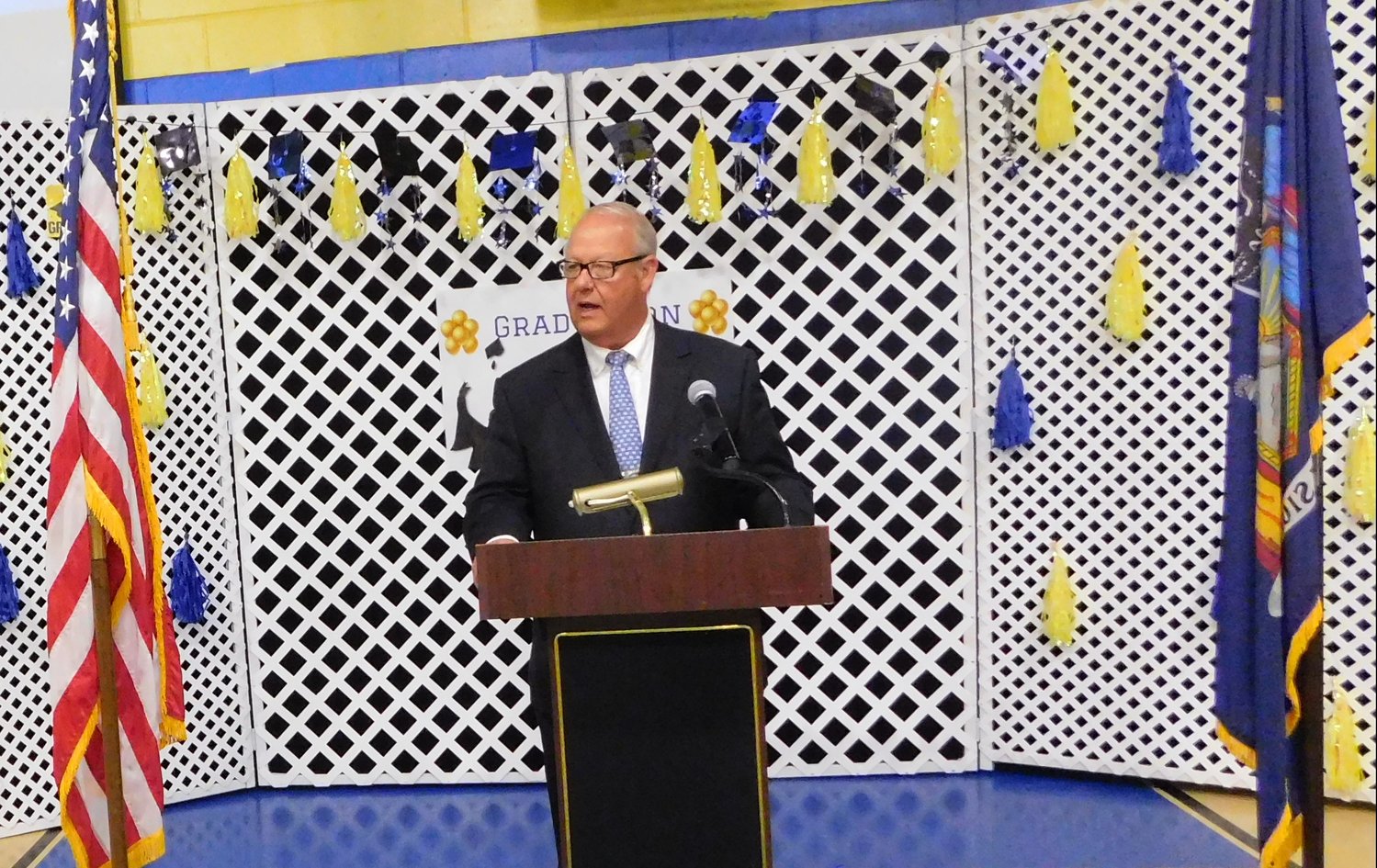 If anyone ever wonders how Woodward Children’s Center achieves its successes, their questions will be answered by attending graduation day.

Dignitaries settled into chairs near the podium: State Senator John Brooks, Legislator Debra Mulé, Mayor Robert Kennedy, board of trustees president Marcia Caton, trustees Michael Reid and Ivan Sayles. Each of them has supported Woodward for many years.

The ceremony began, and one by one, their names were joyfully announced from the podium by school music therapist Christina Cuevas. In shining blue, the eighth-grade graduates strode from the rear of the multipurpose room to their chairs at the front, followed by the seniors wearing radiant gold. “Pomp and Circumstance” played in the background.

Their classmates sitting in the rear of the space participated in every triumphant moment. “Whoo-hoo! Yeah!” shouted dozens of voices, even drowning out the applause from the enthusiastic families in the middle seats.

This atmosphere of encouragement, and praise for every small success, is what made graduation possible for these students, who have all overcome personal learning challenges — physical, emotional, or intellectual. Now it was their day, with the Color Guard of the Nassau County Police Explorers leading the pledge of allegiance, with their own Egypt Grant singing the national anthem, and with all the admonitions and commendations from their mentors.

“Focus on what you’re really good at,” said Ingino to the students. “Think about the ‘Beauty and the Beast’ show we did this spring. I keep singing the tunes in the shower. It’s an incredible performance. But when we started it, nobody knew their lines. Then everybody learned their lines, and now it’s in orbit on YouTube, doing great things. Stay focused on your passion and it will serve you well.”

“You should be proud of your accomplishments,” said Kennedy, also congratulating the parents and staff for their support. “You know the difference between grown-up life and school? In school, you’re taught a lesson and given a test. In life, you are given a test, and it teaches you a lesson.”

“You’ve done much more than complete requirements,” said Brooks. “You honor yourselves by the investment you made in your education, and we honor you here today.”

Every word of uplift was reinforced by the student recognition ceremony. The students had excelled in math, in English, in a foreign language, in so many categories that the audience nearly wore out their voices with cheers.

Next, it was the graduates’ turn to clap, stomp their feet, and shout congratulations to the staff members who received service awards.

A beautiful time of reflection followed, in which a succession of staff members singled out students moving up or seniors graduating, telling them individually about the qualities that made each one unique.

A slide show of the graduates, the conferring of diplomas by Ingino and Colucci, and a buoyant luncheon outside completed the triumphant day.

“These kids have come far,” said Deona Tatum, a former Woodward teacher’s aide who attended the festivities. “From when they first came to now, it’s a total difference. Woodward was great for them.”