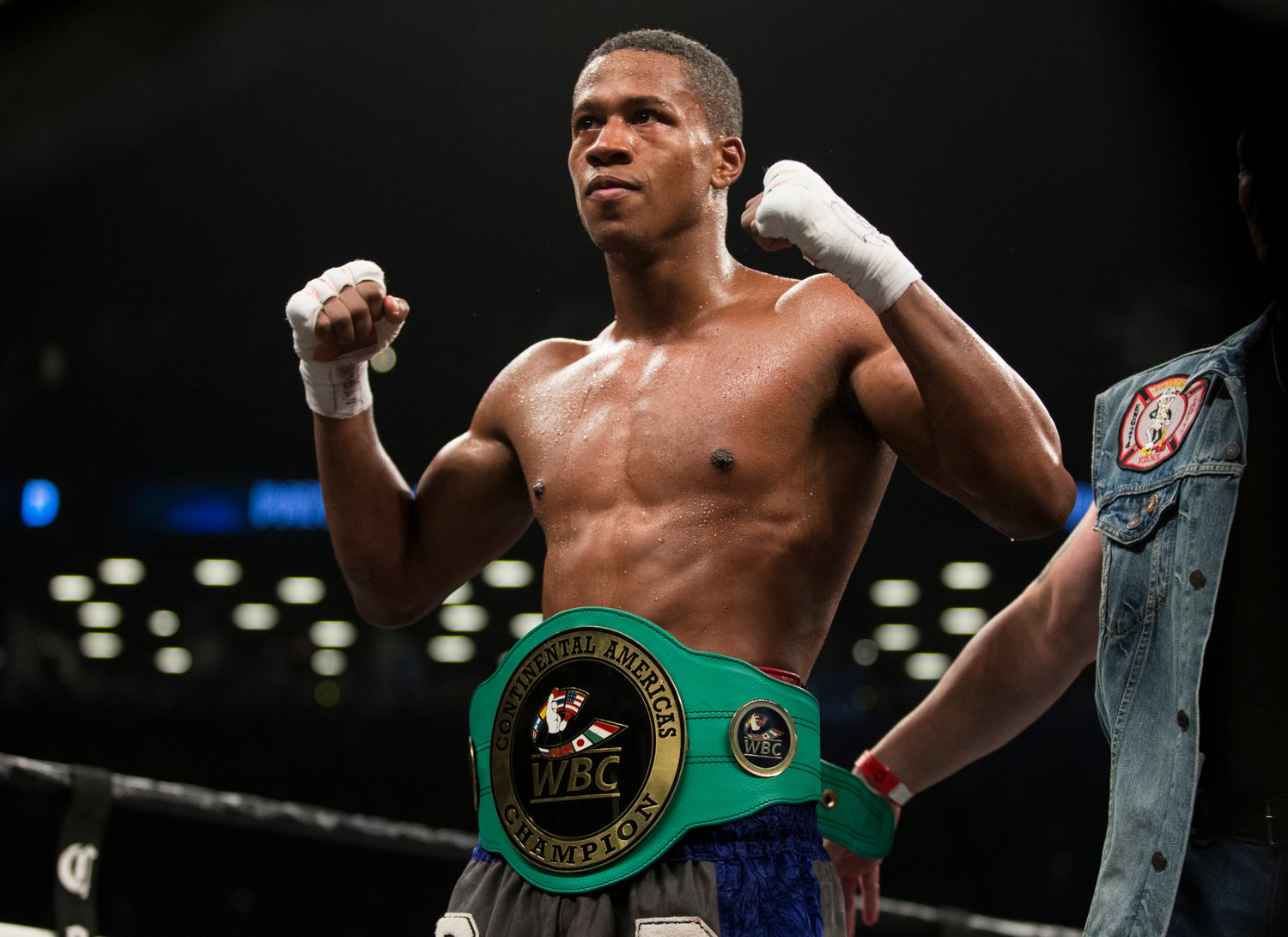 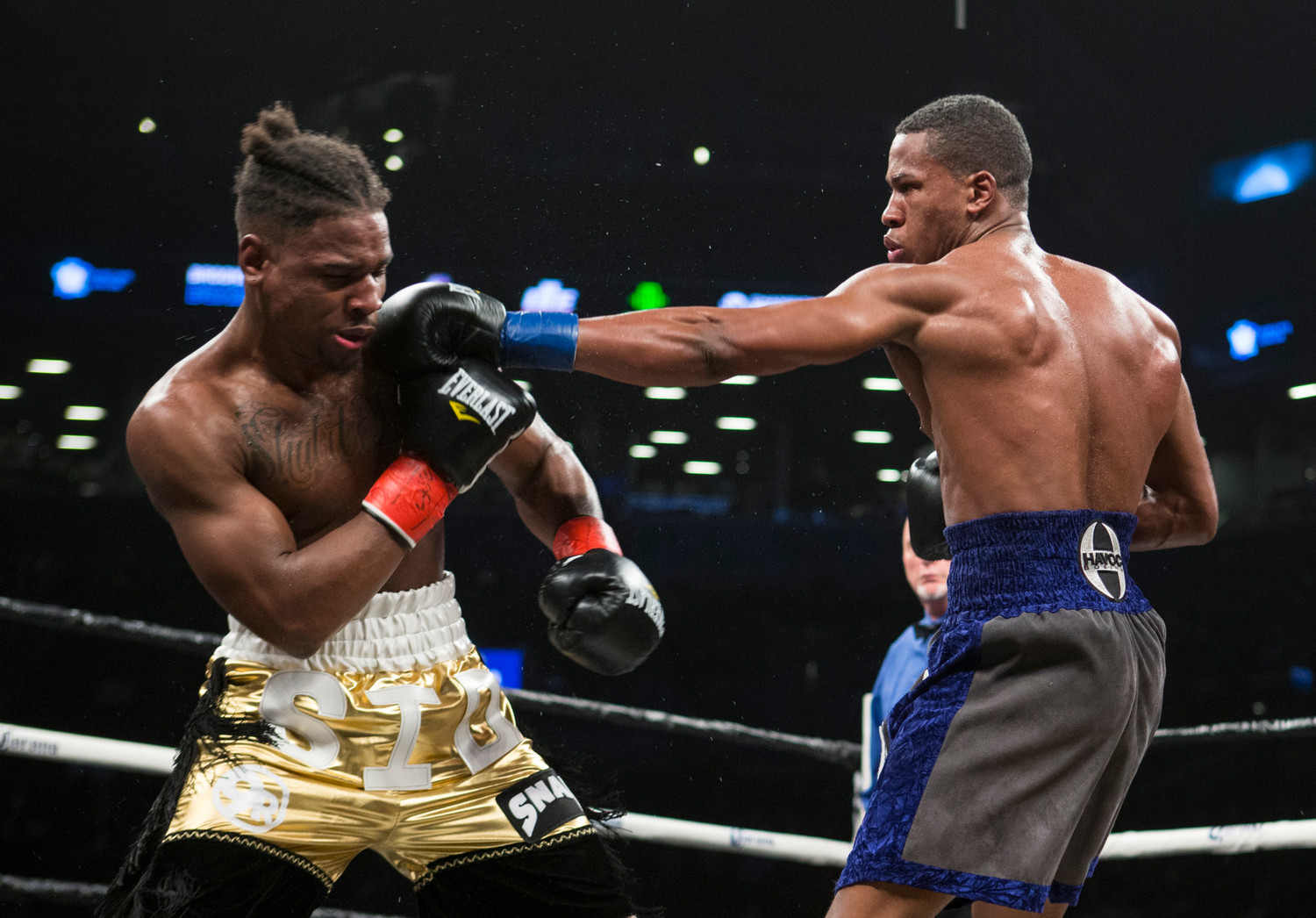 Freeporter Patrick Day is moving up fast in the ranks of professional boxing. Entering the ring with a three-fight winning streak last Saturday, he successfully defended his WBC Continental Americas Super Welterweight title against Kyrone Davis, from Delaware, at the Barclays Center in Brooklyn.

“This was a good win,” said Joe Higgins, of Freeport, Day’s manager and coach. “We didn’t fight a slouch. He kinda had the same credentials as Patrick, but he’s bigger than him, and this may have been his first time fighting someone like Patrick.”

Day fought in the undercard bout before the Deontay Wilder-Luis “King Kong” Ortiz heavyweight fight. He notched a unanimous 10-round decision, improving his record to 15-2-1, with six knockouts, while Davis dropped to 13-2, with five knockouts. Winning the fight propelled Day into the top 15 fighters in the world in the 154-pound division.

Though the fight started slowly, Day found his footing and held strong in the center of the ring, according to Arvin Nundloll of Fight News, who was ringside. Using his jab to keep Davis at bay, Day heard Higgins urging him to wake up, he said.

“I felt so calm and composed before the fight that it prolonged into the fight,” Day said. “My coach actually had to wake me up and tell me, ‘Listen man, you need to go off first. You need to be little quicker. You’re starting off slow.’”

Higgins, Day said, pressed the “on button,” and the rest of the night he focused on his speed and moves. “I feel great. I feel released and at peace,” he said. “All the work I put in paid off, and so I’m definitely happy.”

According to Higgins, Day is now a contender for bigger fights.

“This kid was really good,” Day said, of Davis. “It does put me in the contender category, and a step closer to getting a bigger fight, and altogether closer to the world title.”

“I was 14 years old,” Day said. “Coach [Higgins] lives across the street from me. So, I wandered into coach’s garage to hit the bag a few times. When he caught me in his garage he yelled at me for trespassing and for risking an injury.”

Higgins recalled the day similar to Day but says though he scolded at Day, he was excited to see his curiosity in boxing. Since thwen, Day’s made up for lost time. He was named the New York Daily News Golden Glove champion in 2012, and honored as a Sugar Ray Robinson Outstanding Athlete that year. He also became a USA Boxing national champion, and was an alternate for Team USA in the 2012 Olympic Games. World Champion is the next title he hopes to add to his career. However, with the Barclays fight behind him, for the next two weeks, he will take time off to recover.