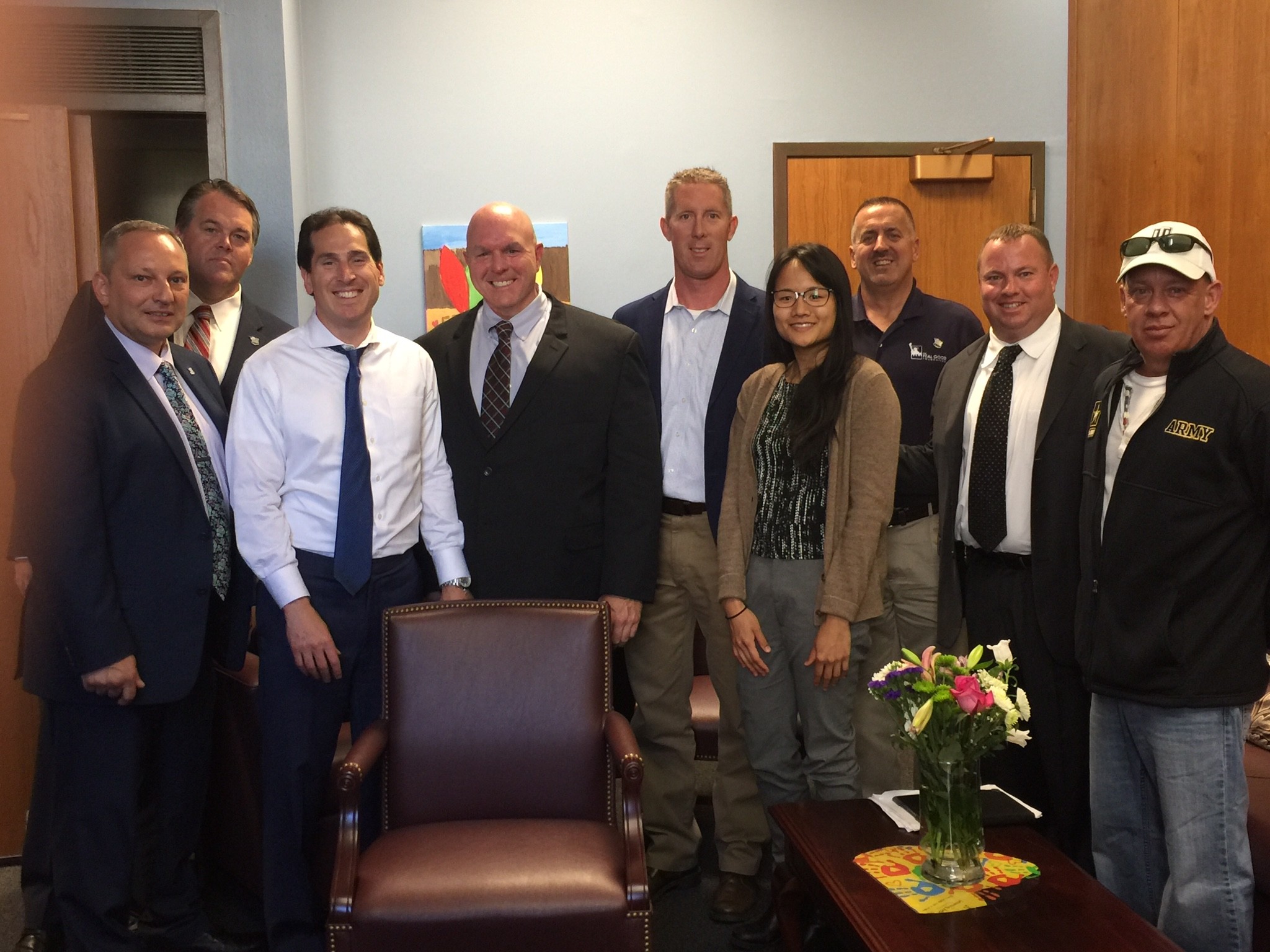 When a second plane hit the South Tower at downtown Manhattan’s World Trade Center on September 11, 2001, Chris O’Connor was already on the scene. A police officer in New York City at the time, O’Connor and his partner responded to the call that morning — later discovered to be a terrorist attack — and immediately began helping firefighters carry hoses and help anyone they could.

“I watched both towers come down,” O’Connor recalled. “I was covered head to toe in dust and debris.”

Nearly sixteen years later, O’Connor works as a detective for the Rockville Centre Police Department. He switched departments in 2002, and for years, nothing seemed out of the ordinary for O’Connor as he settled into his new role.

But in 2008, O’Connor began to struggle with acid reflux, and by 2014 his gall bladder needed to be removed. In a three-year span, he had four sinus surgeries. He said that he believes the list of medical issues is a direct result of his service during and after the tragic day.

According to a September 2016 article by the Guardian, more than 37,000 people have registered with the World Trade Center Health Program and have been declared sick due to their exposure to toxic pollutants in the air at ground zero. More than 1,100 people covered by the program, many of whom were first responders, have died in the years since their exposure to the area.

Due to the various health problems, O’Connor reached the three-month sick leave limit that Nassau County cops are allowed.

The federal Zadroga Act, named for NYPD Officer James Zadroga, who died of a respiratory illness thought to be related to his rescue efforts following the Sept. 11 attacks, covers all healthcare and sick days for those affected by their service at ground zero. Though the New York City police and fire departments provide unlimited sick leave for first responders, those who no longer work for the city, like O’Connor, did not receive that benefit.

O’Connor said he pleaded his case to State Sen. Todd Kaminsky and a number of other legislators, eventually leading to the State Senate’s legislation to allow sick leave to all first responders suffering from illness contracted from working in or around ground zero, which passed unanimously.

“The first responders who put their lives on the line during and after 9/11 deserve our unequivocal support for their heroism, bravery and sacrifice,” Kaminsky said. “I am proud the Legislature came together to pass this measure, and I will continue to fight for our first responders who selflessly give so much of themselves to protect our state and country.”

O’Connor credited the senators that helped pass the bill, as well as John Feal and Anthony Flammia from the FeelGood Foundation, which aims to fight for all emergency personnel who have been injured, or face injury in the course of their jobs.

O’Connor remarked on the importance of the bill, “I was more nervous about this bill not passing than getting results from a PET scan I had the same day.”