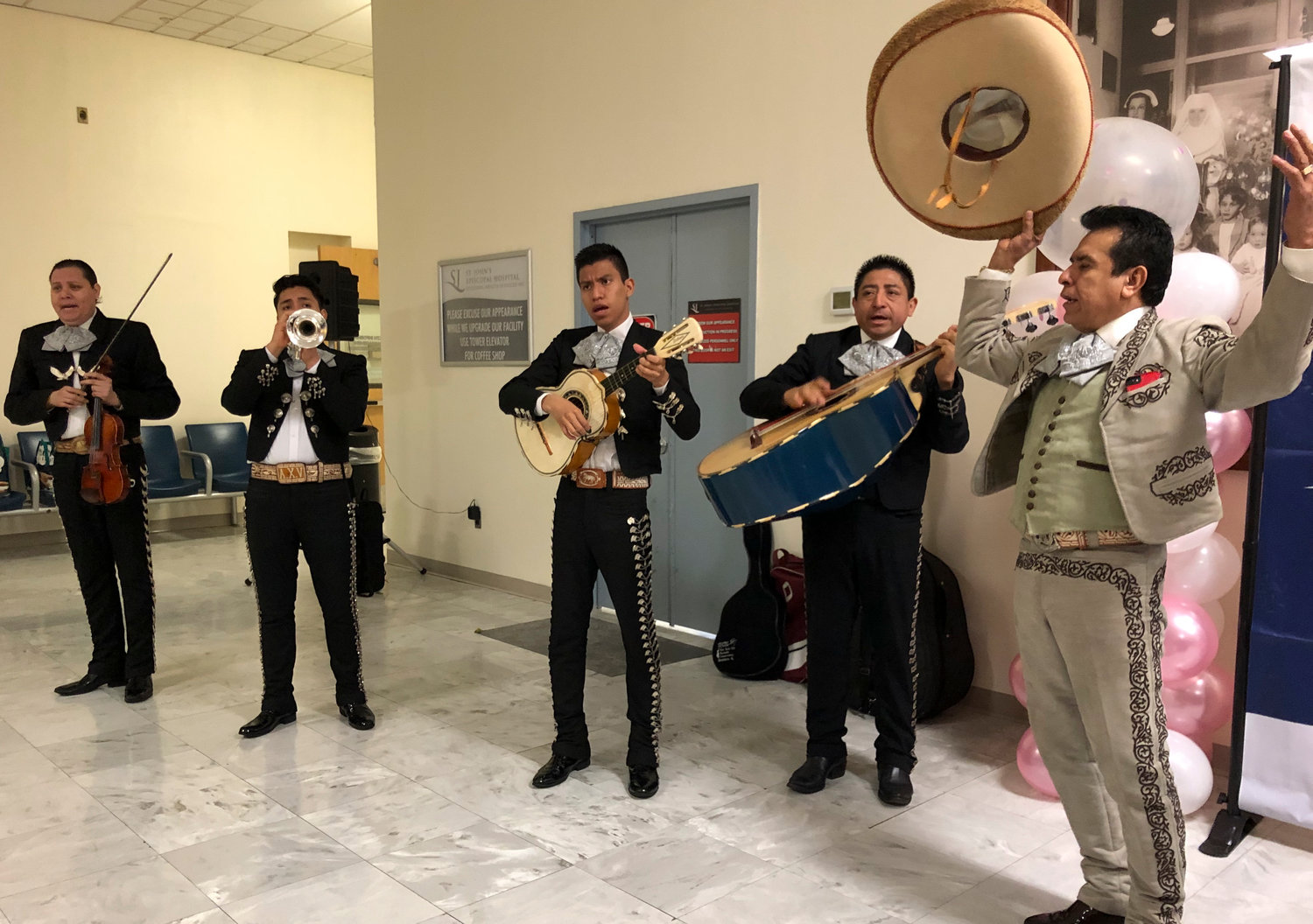 From the mariachi band Mariachi Estrella Juvenile performing a handful of songs, including “La Bamba” to Dr. Charley Ferrer, a breast cancer survivor and founder of Cancer Tamer, the St. John’s Episcopal Hospital’s Cinco de Mammo was unlike any women’s health awareness event.

Using the Cinco de Mayo party theme, St. John’s officials, doctors and guest speakers discussed the importance of women, especially those over 40 to get mammograms to help ensure early detection of breast cancer at Cinco de Mammo on May 3.

Hospital officials noted that the Rockaways and Central Queens were identified as having the highest breast cancer rates in the borough, and those communities early breast cancer diagnosis rates are lower than the national average. Lifestyle, especially diet, access to health care and other factors such as African-American women being more susceptible to breast cancer than other women all contribute to the higher illness rate.

“We are here to promote breast cancer awareness in the communities we serve and encourage woman to get annual mammograms,” said Gerard Walsh, the CEO of the only hospital on the Rockaway Peninsula and one that serves the Five Towns and other surrounding communities.

Based on the statistics presented 1 in 8 women, 12 percent, are diagnosed with breast cancer, annually. Every two minutes a woman is diagnosed with the disease and one woman will die of the illness every 13 minutes. Men are not immune as Ferrer comically pointed out when she asked, “Who has breasts?” and everyone, no matter their gender, had to respond, “me.” One in 83 men will be diagnosed with breast cancer every year and 500 will die yearly from the disease. Overall, if untreated, the median survival time is two to three years.

“Earlier detection is best,” said Dr. Michael Tartell, the hospital’s Imaging Department chairman. “Very small trouble could then be a big problem.” Tartell added that breast screening has shown to reduce the death rate by 30 percent.

The sobering topic was made easier to digest as St. John’s employees took part wearing sombreros — large and small — as nonalcoholic margaritas were served along with a few snacks. This helped the medicine — advice from doctors and Rebecca Cohen, the Long Island coordinator for Sharsheret — easier to digest. Sharsheret is a nonprofit that supports women and their families battling breast cancer. Though it calls itself a Jewish organization, Cohen said that 25 percent of the people it helps are not Jewish and added, “These are community issues important to all.”

Ferrer shared her personal story from first finding a lump on her breast to officially being diagnosed with Stage 2A breast cancer (determined by the size of the tumor). She has also endured thyroid cancer, had three surgeries, an autoimmune disorder and multiple complications and side effects from medications, she noted.

“I’m here,” Ferrer said, doling out advice that included “be your own advocate” and “have more fun.” She insists that celebrating, saving money for trips and shutting out negative thoughts and images will help. Cancer Tamer’s primary concept is “because you shouldn’t be at war with body.”

To help with that battle, Dr. Tran Tu Huynh ran down some helpful information and reiterated the event’s main thrust. “Early diagnosis is the best hope for survival,” she said. “When in doubt come see us and we’ll help guide you and your family.”