Dinner with a side dish of the creeps 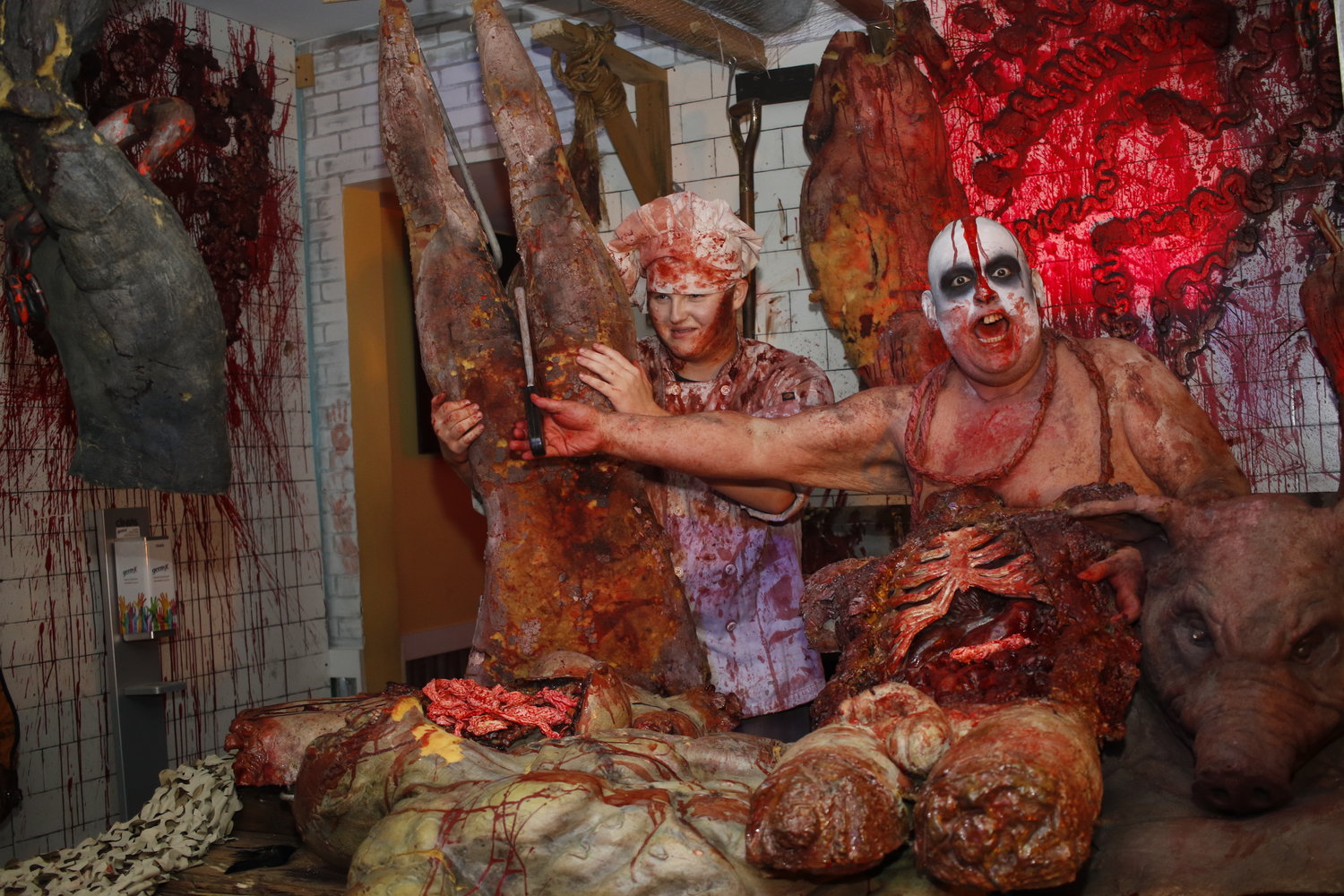 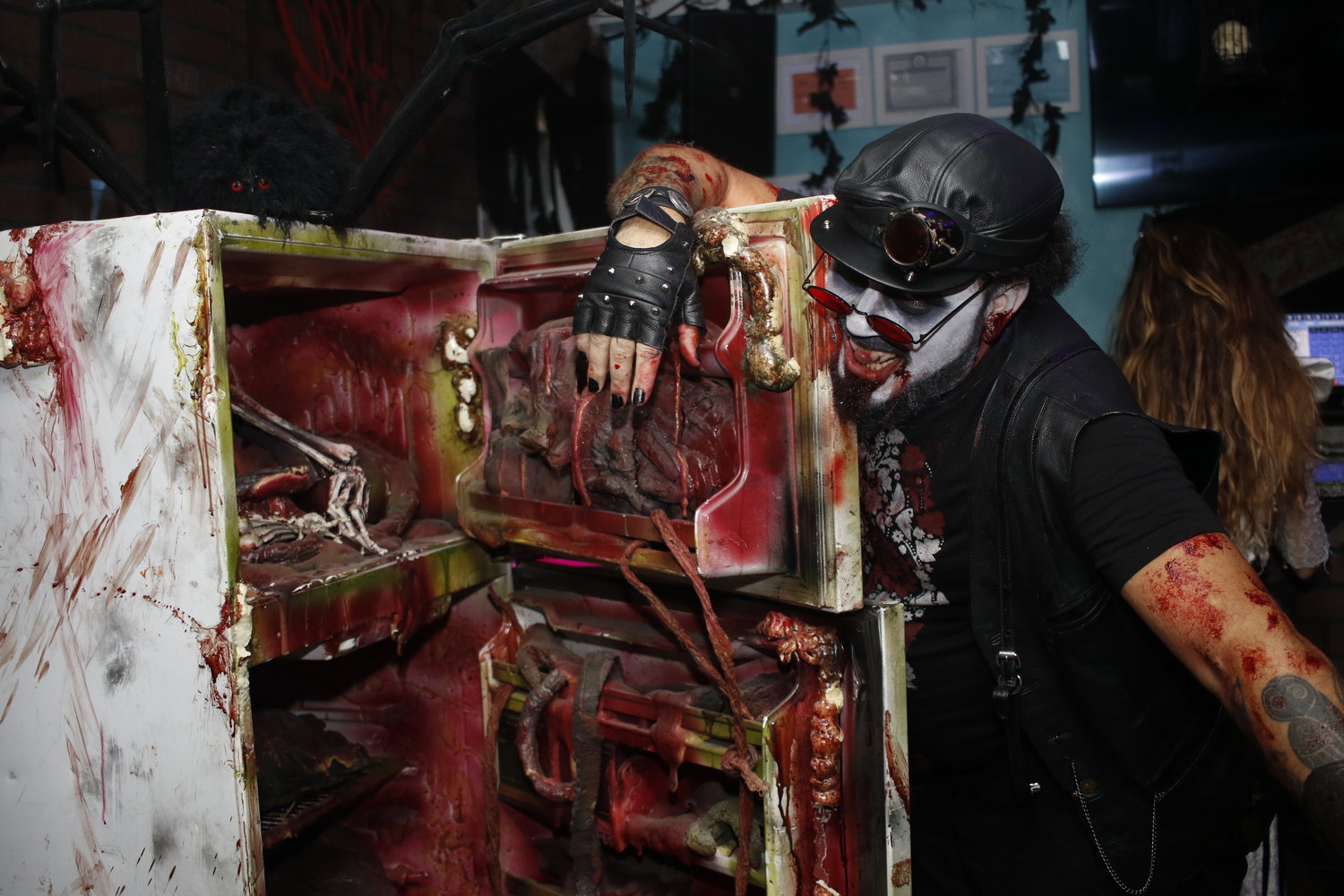 The Ravenous Ravenclaw, aka Robert Rios, checked out the meat locker for fresh blood.
Christina Daly/Herald
Previous Next
By Brendan Carpenter

A meal at the Beach House is now designed to give you the creeps.

The eatery has added scares and blood and guts to its dining experience, creating what it calls “Nightmare on Beech Street.” Blood Manor, Manhattan’s famous haunted attraction, collaborated with the restaurant to create the spine-chilling experience, which opened last Friday.

The planning began in May, when Beach House co-owner Max Feinberg reached out to Blood Manor. His co-owner, Michael Quinn, said Blood Manor hesitated to bring its haunted experience to Long Beach, but its owners changed their minds after visiting the restaurant’s comedy night and got a feel for the place.

Blood Manor then transformed the restaurant inside and out to create the Nightmare on Beech Street experience.

“We have incorporated pretty much everything from Blood Manor," Quinn said. “It’s all their set and scenery. They had their set directors come out here and transform the whole restaurant.”

The brand-new atmosphere and décor includes fake skeletons, eerie music, dim lights, heads, limbs and fake blood scattered throughout. There’s a new menu as well. The items on it include Mummy’s Curse Flatbread, Bloodsucker Salad, Witches Hair Pasta and a milk chocolate Brain Hemorrhage desert, which is filled with fried Oreos and candy.

“We needed the menu to match the concept,” Quinn said. “We have guacamole with a jack-o-lantern, burgers on a black brioche bun and black spaghetti with fake plastic bones.”

Actors from the haunted house also joined some of the existing restaurant staff. Some became waiters, and some came to continue their job as masters of scares, walking around the restaurant to creep diners out.

All staff, from hosts to waiters, go by stage names while working at the restaurant. Tom Provine, who wears clown makeup and a robe, goes by the name Fortunado while working as the host and scaring people.

“The redesign is fantastic,” Provine said. “It was a beach bar, and then the undead came in and made it their place.”

“The setup team worked really fast,” Zolla said. “They made the vision come together in about five days, making everything from the lighting to the fixtures exciting.”

Nightmare on Beech Street will be open through Nov. 1 and requires reservations to dine in fear. For lovers of horror and Halloween of all kinds, the restaurant should be an experience to check out.

“We really seek to freak people out,” Zolla said. “We added different levels of scare for a well-rounded experience.”