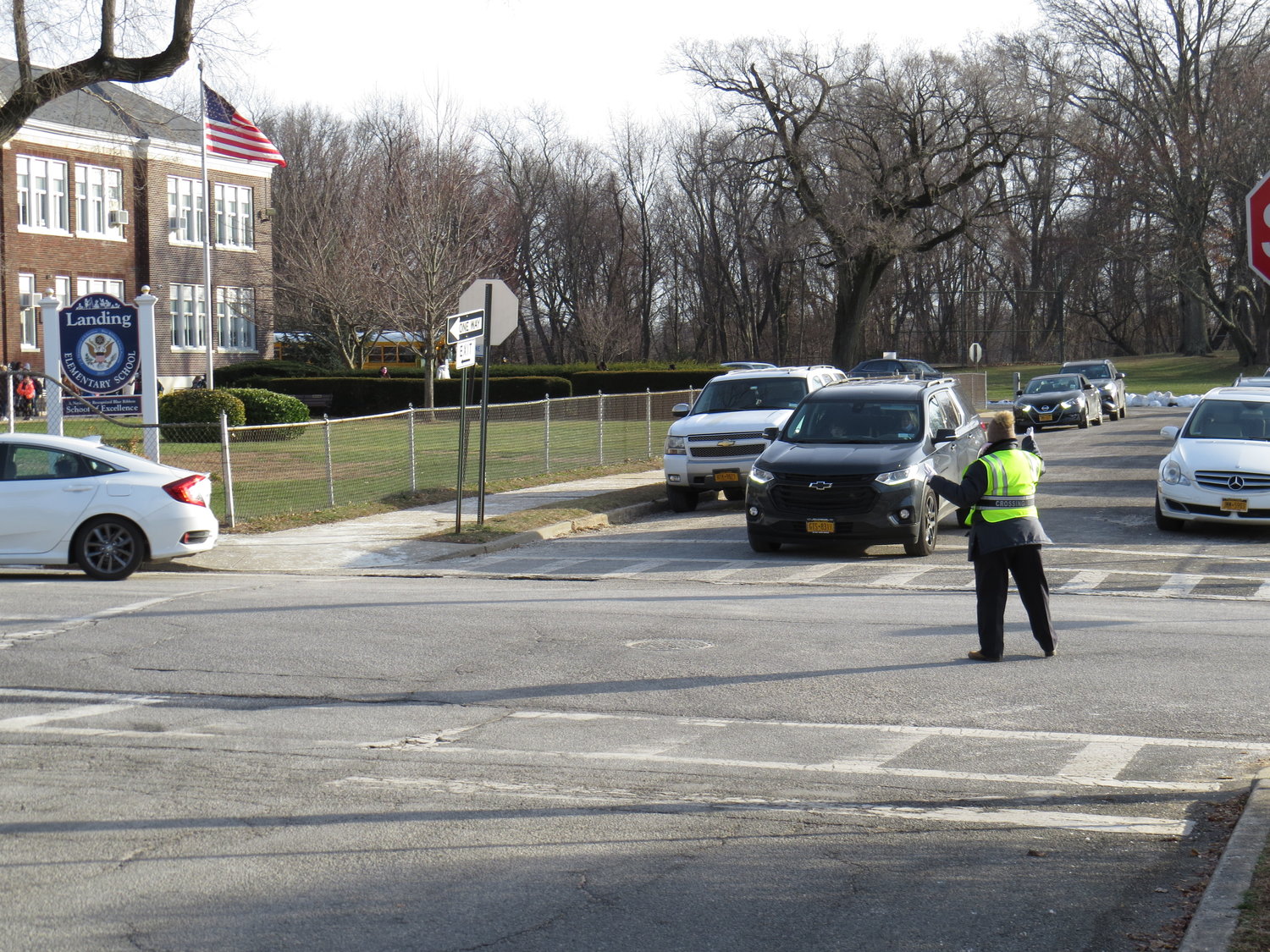 Early in the morning and again in the afternoon on school days, otherwise quiet blocks surrounding schools are transformed into a rush of children, parents, cars and buses. Making their way across busy intersections can be daunting for pedestrians, and especially for children. Yellow-vested crossing guards control the chaos, directing traffic and making sure the streets are safe for students.

To show its gratitude for Glen Cove’s crossing guards and to boost recruitment, the City Council voted on Jan. 11 to increase their starting pay by $10 a day, to $65.

“If we do not pay them properly, we [will] lose them to other neighborhoods,” Mayor Pamela Panzenbeck said. “We really need to pay attention to our crossing guards, value them and be able to hire new ones.”

Sometimes-hazardous conditions created by careless drivers, buses arriving and departing for pickups and drop-offs, and parents rushing to get their children in and out of school have made crossing guards essential.

The Glen Cove Police Department has 14 crossing guards with posts around Deasy Elementary, Finley Middle School and Landing Elementary. Two guards are posted in the morning at each school, and two to four are posted in the afternoon, for a total of three hours. Vigilant and devoted, they work in weather of all kinds, protecting the community.

“The biggest issue is safety,” said Trisha Lebowitz, PTA treasurer for Robert M. Finley Middle School. I know it’s such a short period of time each day, but I think for that 30 minutes, it’s just super important. God forbid they weren’t there and something happened . . . somebody standing there for 30 minutes could have prevented a tragedy.”

Similar to many other service professions, the coronavirus pandemic has had a major impact on the availability of crossing guards — and shined a spotlight on their low wages. Many have called out sick, while others have retired. The absence of “floaters” — guards who go from post to post when needed — has forced members of the GCPD and the Auxiliary Police to fill in the gaps. On Dosoris Lane, by Deasy Elementary, police officers have taken on the role of helping students and parents as they cross the street.

“It’s not just a Glen Cove issue, it is Island-wide right now,” said Lt. Patrick Wright of the GCPD.

An initiative to increase part-time pay for crossing guards and other underpaid city workers was proposed during former Mayor Timothy Tenke’s administration as it planned the city’s 2022 budget last fall. “It has been in discussion for a couple years,” City Councilwoman Marsha Silverman said. “In the long run, providing this increase would actually save the city money, because we’ve been shorthanded, and we’ve had to put in police officers, who do get a higher pay.”

Veteran crossing guards, many of whom have worked the streets for 10 years or more, make $75 or more per day. For posts in busier and more dangerous areas, such as Deasy and Finley Middle School, on Forest Avenue, there has been extra pay.

The pay increase has brought Glen Cove crossing guards’ wages closer to those of crossing guards who work for the Nassau County Police Department, which has a starting wage of $25 per hour. “We needed to be closer to where they were,” said Wright.

“It is very, very difficult to get crossing guards,” Panzenbeck said.

For the past six months, the city has been actively recruiting them. New hires must have a high school diploma, and are required to complete at least two weeks of training, depending on their experience. Applications are available in the personnel office in Glen Cove City Hall, on the second floor.