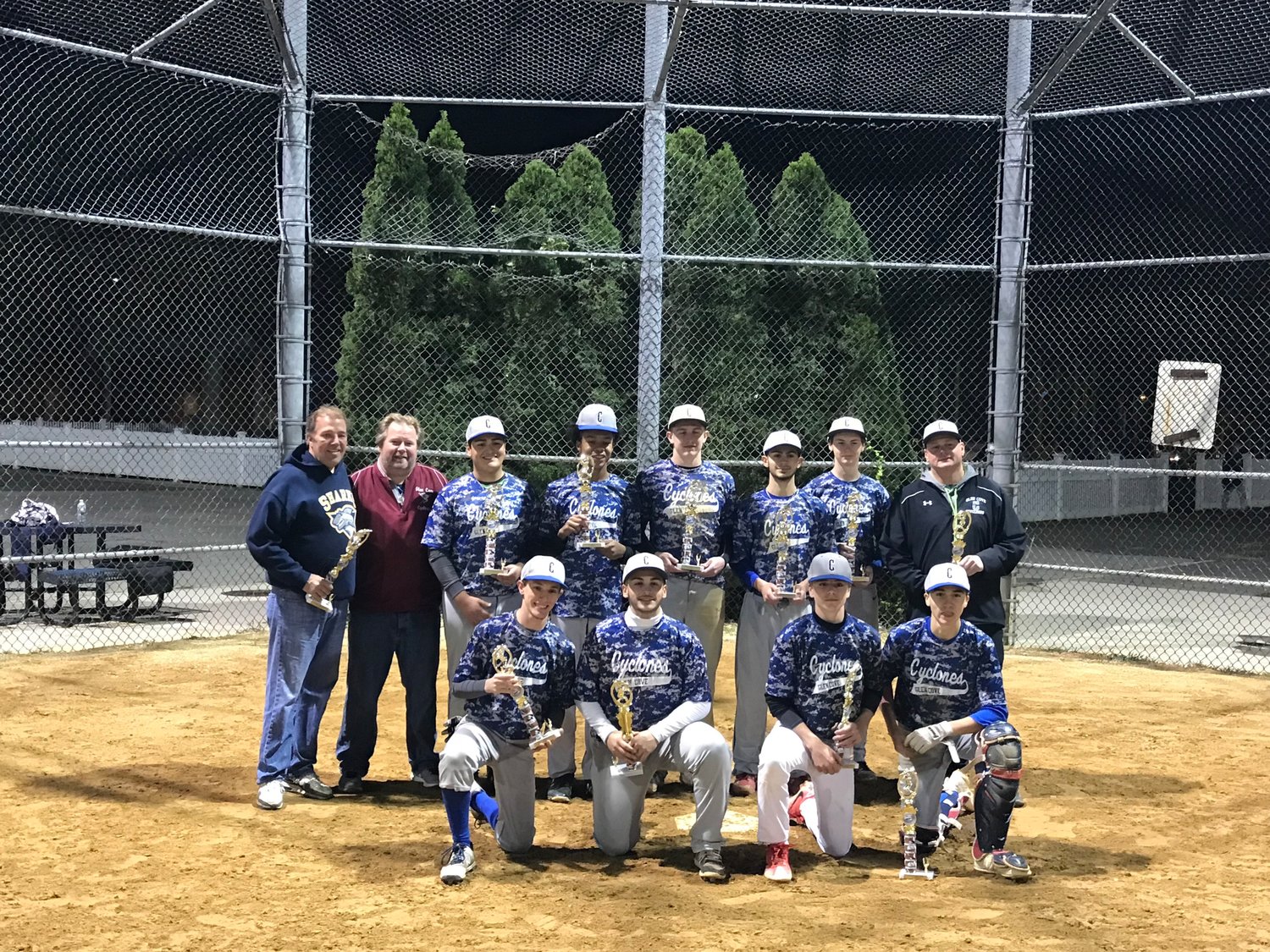 The team’s most recent victory came three weeks ago, when they beat Bethpage 10-0.
Courtesy of the Cyclones
By Joe Pantaleo

In youth sports, retaining the same players year-to-year can be a difficult thing to maintain. As they grow up, players’ interests and skill sets change, and the teams’ makeup changes as a result. For the city-sponsored travel baseball team the Glen Cove Cyclones, that is far from the case.

The current roster, now made up of 16 and 17-year-olds, have acquired some new faces over the years, but a handful of players have been on the team since they were barely old enough to hold a bat. Of the 12 kids currently on the roster, five of them have been playing since they were seven and eight-years-old, facilitating success in every season.

Their most recent triumph came three weeks ago when they defeated the Bethpage Eagles 10-0 in the championship game. This win capped off an impressive campaign for 2018, which included a first-place finish in their summer league’s regular season and a championship in their annual Independence Day tournament appearance.

Maintaining roster continuity each season has allowed the players to build strong bonds over the years. Vincenzo Di Graci, 16, of Glen Cove, who has played on the team since he was eight, says that chemistry has translated from the dugout to the diamond. “We have a nice comfort zone,” he said. “It puts us in a position to enjoy playing together.”

The Cyclones have extended that hospitality to their newer players, too, like Oceanside resident Dean Condoleo, 17, who joined the team this summer. He said the players made him feel immediately at home. “Everyone on the team cares and loves baseball the same amount,” he said. “The chemistry was perfect.”

Matthew Graf, 17, of Glen Cove, added that both Condoleo and Joe Sena, who joined the team at the same time, were a perfect fit for the team, giving the Cyclones “exactly what they needed.”

While the kids are on the field, the parents develop strong relationships, too. “When we win, we win as a team.” Vincenzo’s mother, Carmelina, said. And when a player strikes-out or the team loses a close game, the parents still have each other’s back, she said.

The highlight of the Cyclones’ 2018 season, according to coach Tom Graf, 51, came when they took down their rivals, the Long Island Athletics, in the championship game of the Long Island Hot Stove Independence Showdown this July.

The Cyclones, who had lost several championship games to the Athletics in the past, finally got over-the-hump with a victory at Seamans Neck Park in Seaford. Graf, who compared their rivalry to the New York Yankees and the Boston Red Sox, said the game was the most exciting contest he’s ever been a part of.

The Cyclones continued the momentum from that victory into their summer season, finishing atop L.I. Hot Stove Summer League’s regular season standings. Although they lost in the playoffs, they bounced back with a strong performance in Hot Stove’s fall series. The team finished with a 5-1 regular season record and defeated the Bethpage Eagles at Allen Park in Farmingdale to clinch the championship title.

Graf, who expects to bring back a similar team next season, said he believes one of the best parts of coaching the same group for over 10 years is watching the kids grow as players and as young men.

As for the kids, it’s about enjoying the game and having fun. “We’ve been together for so long and we’re all connected like a family or a brotherhood,” Vincenzo said. “It’s an honor to represent Glen Cove.”