Pete Prudente, 2019 Person of the Year 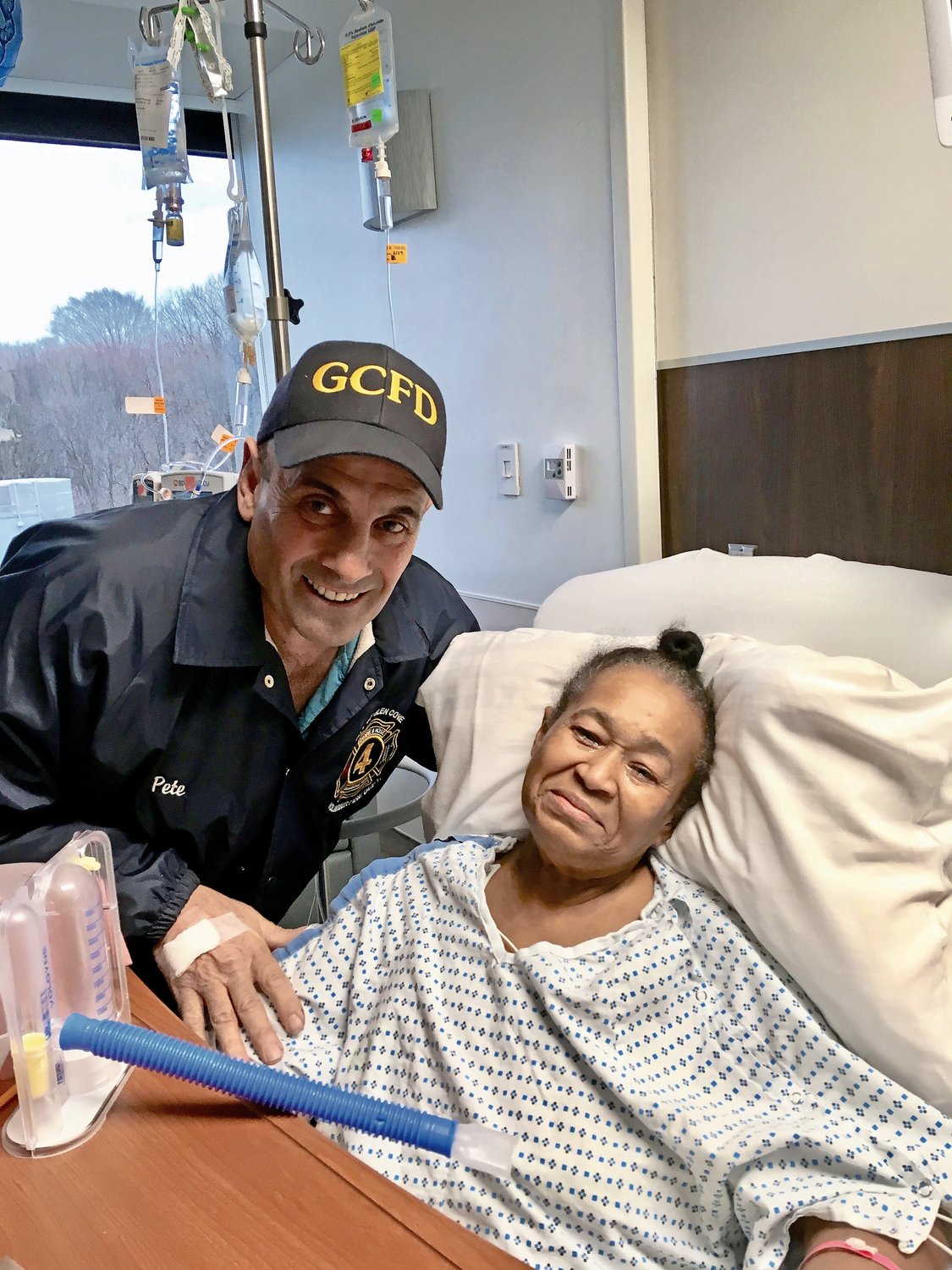 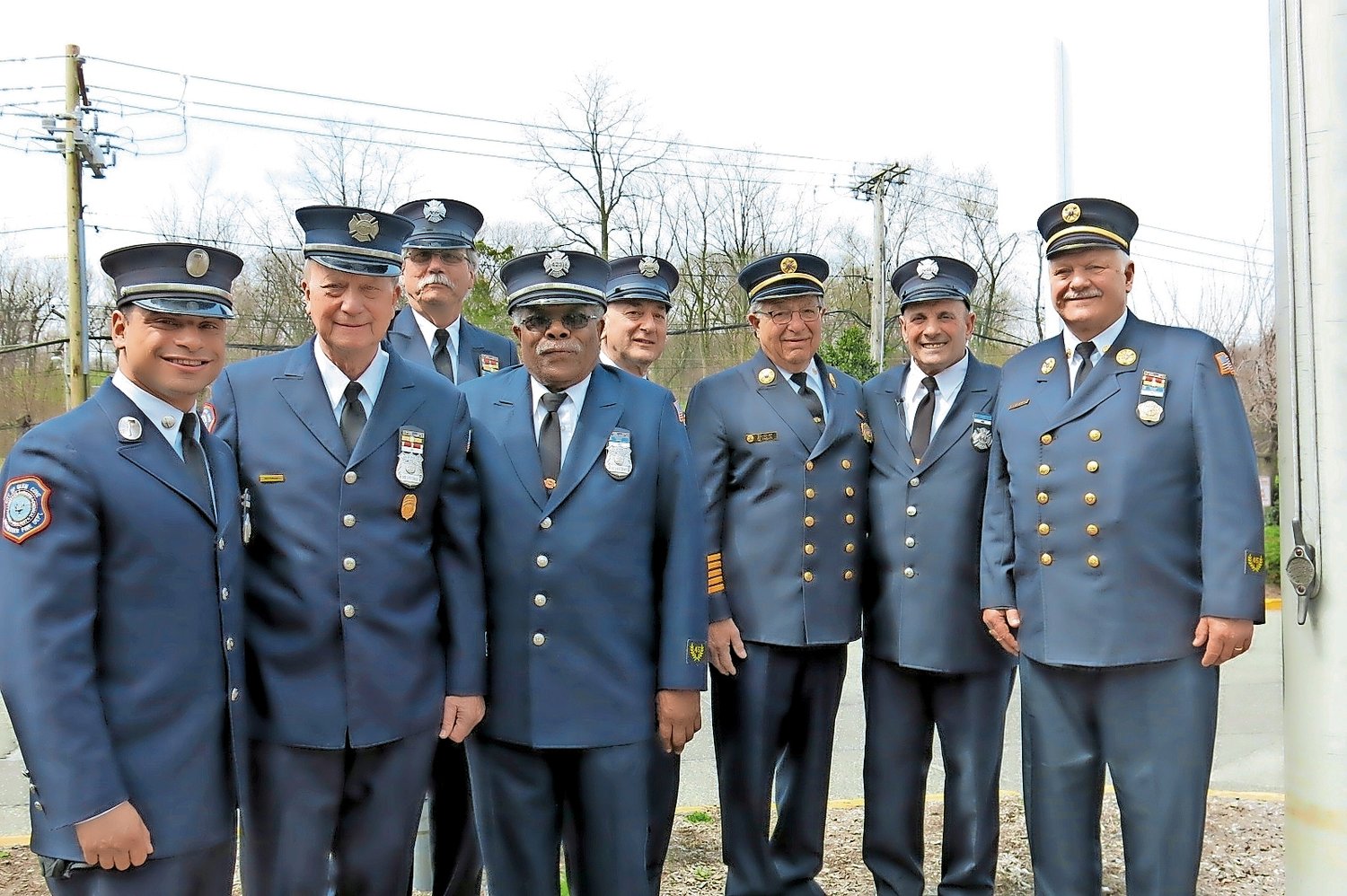 As an active member of about 16 different clubs and organizations, Pete Prudente has done plenty to be recognized by local leaders. Here are the honors he’s earned in recent years:

2019 City of Glen Cove Police Department Man of the Year,

Before the sun rises, he makes his way around Glen Cove, delivering gifts to the houses on his list. Some of the recipients try to catch him, but he always seems to evade them. But this annual event doesn’t occur on Christmas. The jolly visitor isn’t Santa Claus, and those getting up early to find gifts at their doors aren’t children. It’s Mother’s Day, and the man running around the city, leaving flowers for about 60 moms, is Pete Prudente.

“He’s always thinking about some gal and how he’ll get her to smile,” joked Allison Prudente, his wife.

Prudente, 59, a Local Union 15 operating engineer, is known around the city as a man who gives his all for others. Whether distributing flowers on Mother’s Day, cooking meals for veterans or holding his regular blood drives, Prudente has become the face of altruism in Glen Cove, an identity that was cemented when he donated a kidney to a stranger in March. In recognition of all he does, Prudente was honored as the Man of the Year at the Glen Cove Police Department’s 13th annual National Night Out celebration on Aug. 6.

The Herald Gazette is following suit, proudly naming Prudente its 2019 Person of the Year.

Prudente was born in Mineola Hospital on March 23, 1960, and grew up in Port Washington. Because his parents were active in the community, he said, he developed an altruistic spirit as a youngster. The family volunteered at events with the Port Washington Polish Club and Knights of Columbus, two organizations that Prudente is still a part of today.

He attended Paul Schreiber High School and worked with his father as a stonemason. He went on to attend the Western Nebraska Technical School, where he studied heavy equipment operations, repairs, welding and surveying.

In 1990, Prudente got together with some friends at the Heads and Tails restaurant in Roslyn, where he met Allison. They started dating in 1993, and got married in 2000. As they looked for a place to settle down, the couple decided to move to Glen Cove in 2002. They loved the tranquil city and its traditions, Allison said. And in their new home, her husband always made sure she had fresh flowers, as though foreshadowing his Mother’s Day antics.

“He’s always been big on flowers,” Allison said. “I still look around the house to this day to find the newest flowers he’s brought home.”

Also in 2002, Prudente fulfilled a lifelong dream, joining the Glen Cove Volunteer Fire Department in order to help others. By 2014, he began hosting blood drives, doing three or four every year at the Glen Cove VFW, the Polish Home, the Fire Department and the Port Washington Polish Club. Prudente himself donates blood five times a year, the maximum amount allowable, and donates platelets once a month. “I started donating,” he said, “because I wanted to save lives.”

When the New York Blood Center was dealing with a shortage this summer, Prudente helped State Assemblyman Charles Lavine gather about 60 people to donate blood at the firehouse on Aug. 27. Prudente always hopes his donations would inspire others to action, and seeing the blood drive take off meant so much to him. Lavine said he was grateful for his help, and hoped to host another drove with Prudente next year.

“I have tremendous respect for him,” Lavine said. “We need more people like Pete.”

Prudente took his giving to the next level by donating one of his kidneys nine months ago. New York state ranks last in the nation in the percentage of residents registered as organ donors, leaving about 12,000 people waiting for organs. It’s a statistic that upsets Prudente. His decision did not come lightly, however, because he always thought that if he ever donated any organs, it would be for Allison, who shares his rare, B-negative blood type. But Allison told him not to worry, and that she supported his decision to donate a kidney.

After being cleared to donate, Prudente sent out a letter to more than 50 fire and police departments in hopes of donating a kidney to a member of one of them. But he couldn’t find a match, and his one-year clearance was coming to an end. Not wanting to waste time, he opened his search to anyone, and was matched with Carmen Sanchez, 60, of Copiague.

The fact that Sanchez was a mother had special meaning for Prudente. Because he and Allison don’t have children, he said, he feels motivated to go above and beyond for parents, so he had no reservations about giving a kidney to Sanchez. While he was doing so, another kidney arrived for her, and it went to someone else. Since Prudente saved her mother, Sanchez’s daughter, Adriana Orellana, 20, also donated to a stranger, creating a “donor chain.” To start a chain, Prudente said, there need to be altruistic donors who can inspire others.

“What I did ended up saving three lives,” Prudente said. “I’m so happy I did it, and I hope this story can inspire others to give.”

Those who know him aren’t surprised that he is looking to do still more. He is now considering donating his liver, which would involve removing about 60 percent of the organ to give to someone else.

“How can someone look at him and not be inspired?” said Glen Cove City Councilman-elect Gaitley Stevenson-Mathews, who serves alongside Prudente on the city’s Memorial Day Parade Committee. “I can’t think of anyone in the City of Glen Cove more deserving of Person of the Year than Pete Prudente. He’s a selfless giver.”