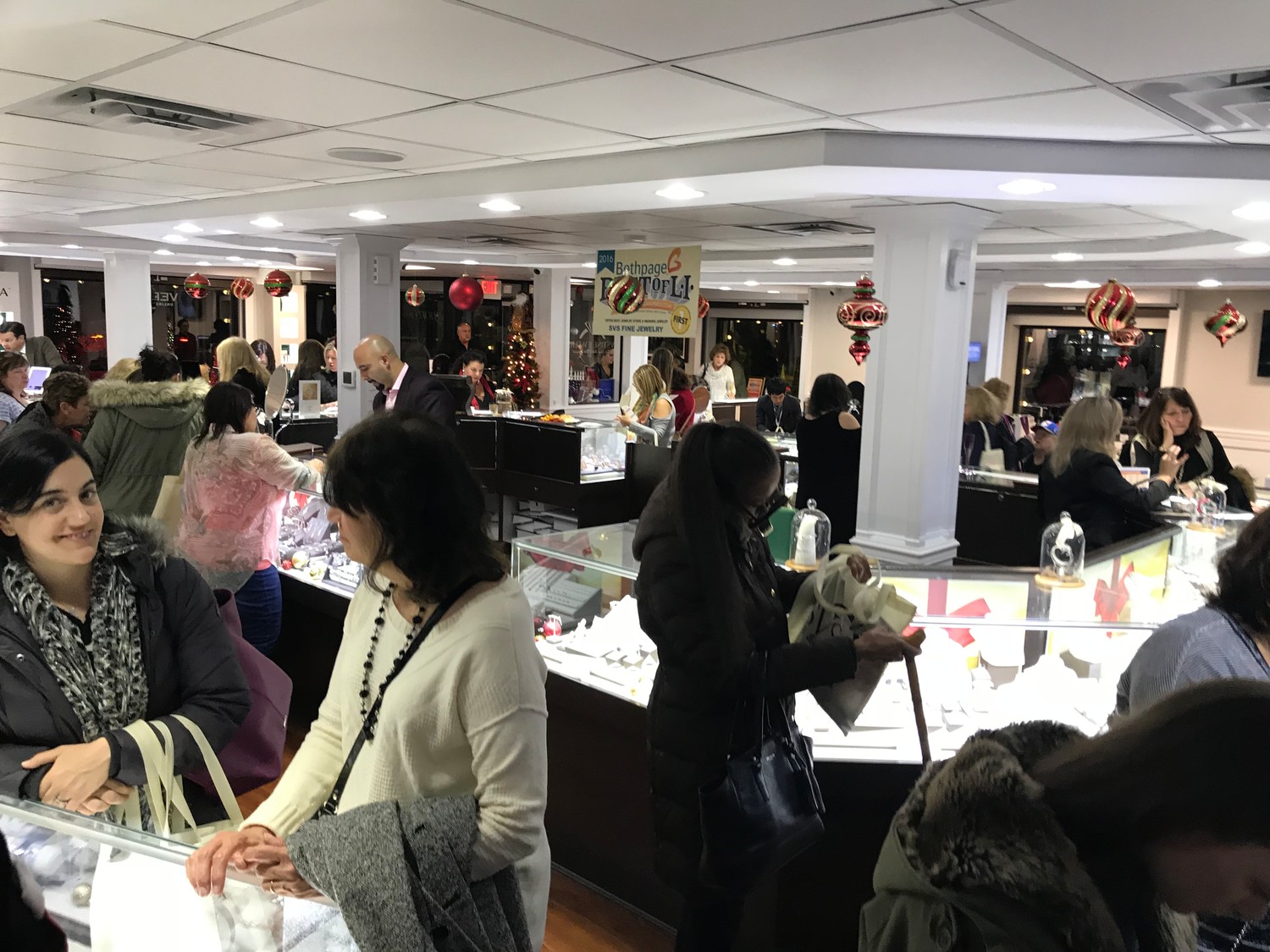 SVS Fine Jewelry in Oceanside was set to host its annual Ladies’ Night fundraiser on Dec. 6. Proceeds were to be donated to Cohen’s Children’s Medical Center.
Courtesy Morgan Saatchi 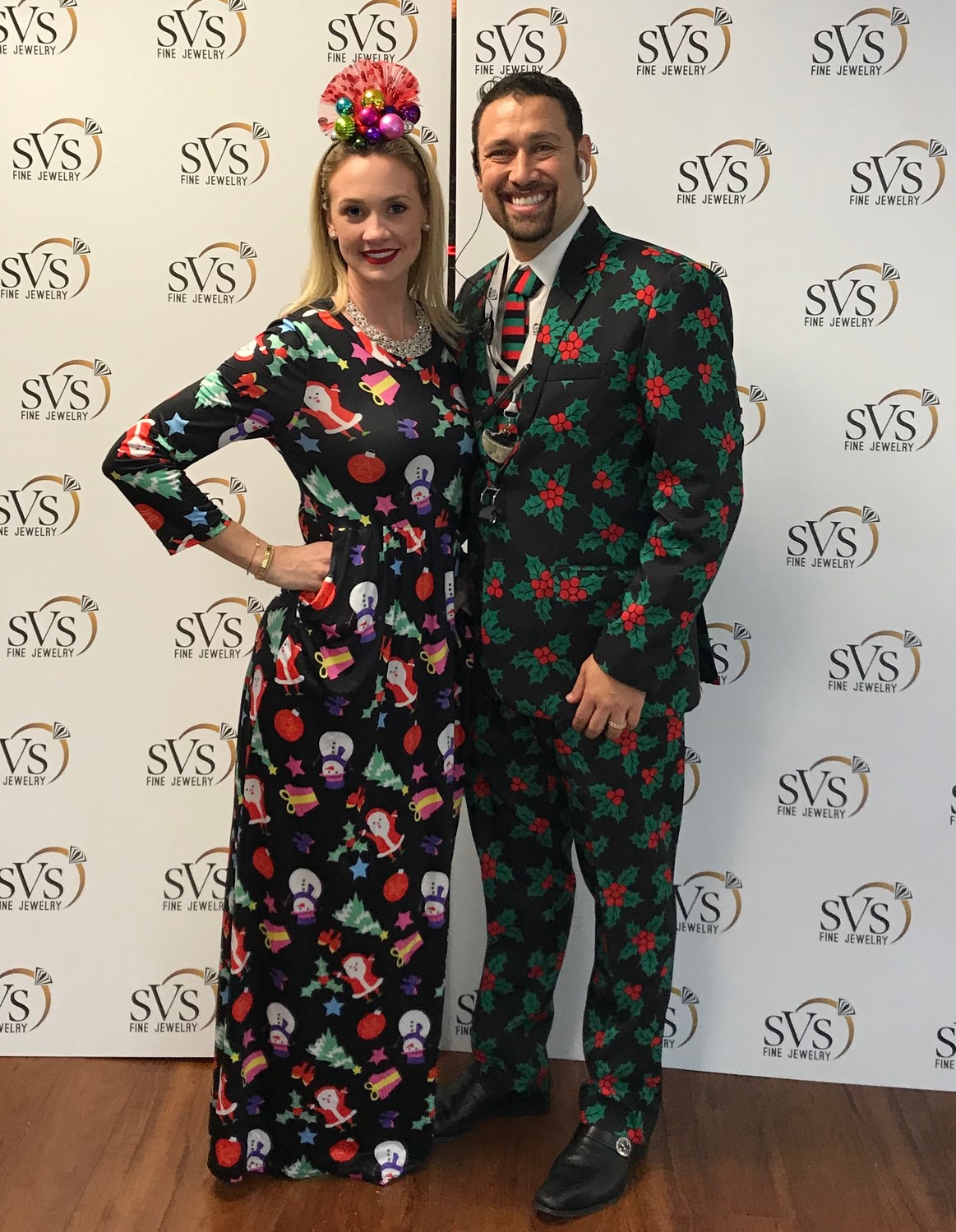 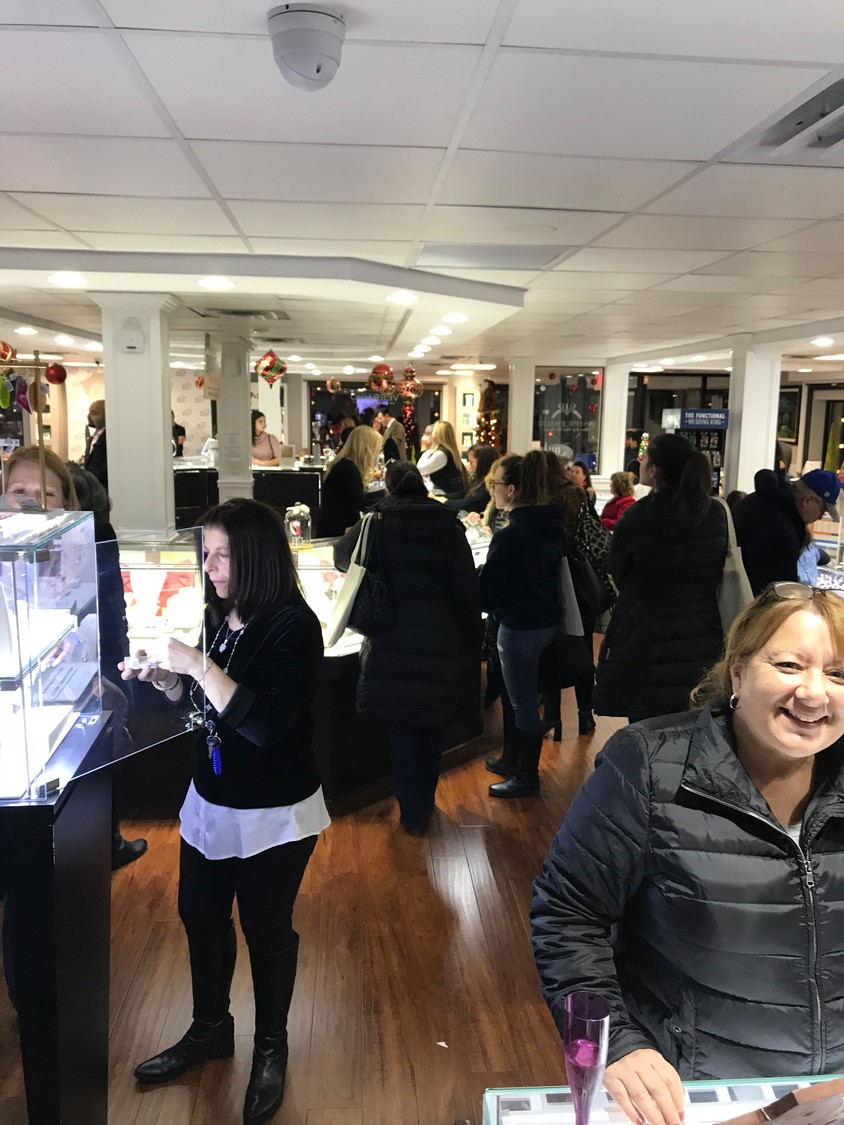 Dozens of shoppers are expected to attend the event.
Courtesy Morgan Saatchi 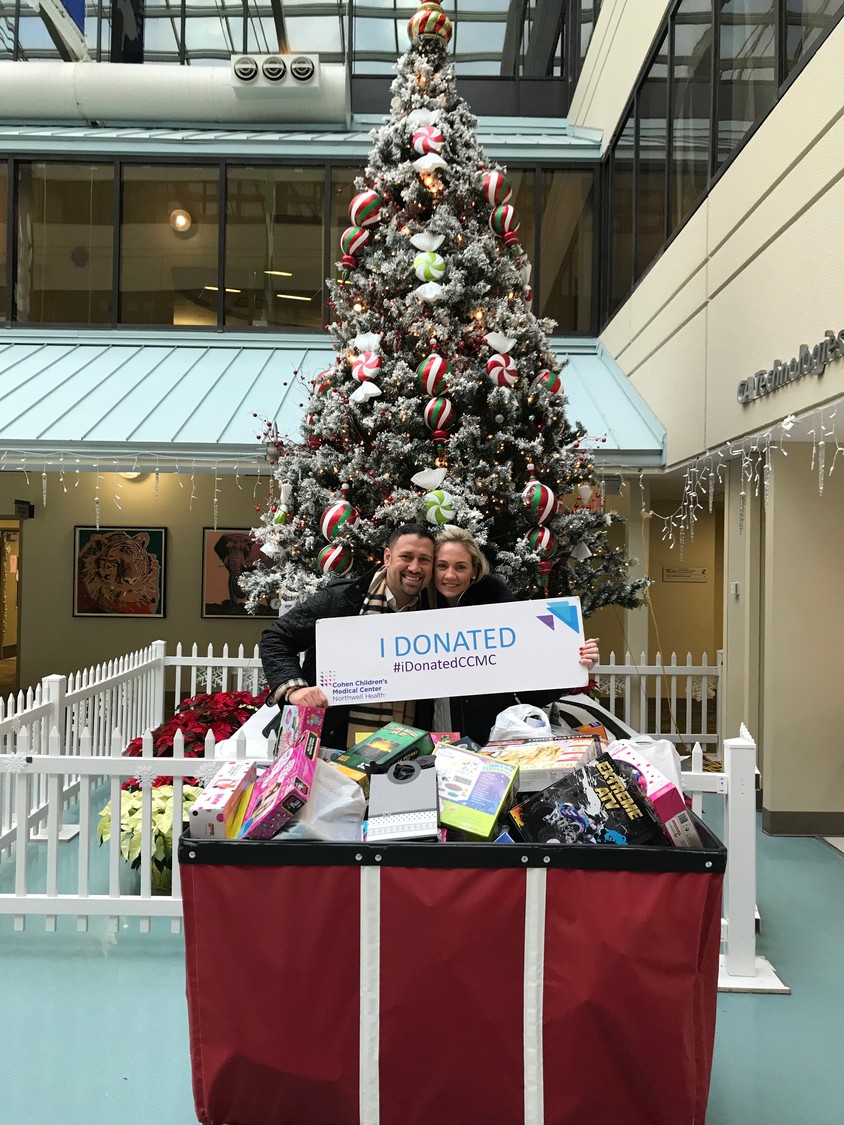 The event is held every year on the first Thursday in December at SVS Fine Jewelry. It has been going on for more than 15 years.
Courtesy Morgan Saatchi
Previous Next
By Mike Smollins

The holiday spirit will be alive and well at SVS Fine Jewelry in Oceanside, as the business ushers in its annual Ladies’ Night festivities on Dec. 6, with all proceeds benefitting Cohen’s Children’s Medical Center.

“This gave us a platform,” said Morgan Saatchi, who owns the business with her husband, Sami. “When we started this business in 2003, we didn’t know that it would be about something bigger.”

The Saatchis first son, Maverick, was born nine weeks early and weighed two pounds. Now 4, he has had 11 surgeries at Cohen’s. Since Cohen’s does not yet have surgical suites for children, young patients are walked into adult operating rooms, which Morgan called “intimidating.” Cohen’s is in the process of building new child-friendly surgery suites, which should be completed in two years. The areas will house anti-stress rooms, children-friendly decorations and state-of-the-art equipment required for smaller patients.

Morgan lauded the hospital’s staff for their work in keeping her son healthy.

“He is beyond a miracle,” she said, “and we’re keeping that giving mission that we started at the beginning with Cohen’s. Without them, my son wouldn’t be alive.” The Saatchis also have a second son, Sterling, 3.

In a continued effort to raise money for Cohen’s, SVS Fine Jewelry will ring in Ladies’ Night, which is an event where women are welcomed into the store and served food and beverages, and have an opportunity to fill out their Santa wish lists. The event coincides with a toy drive and those who attend are requested to bring a new, unwrapped toy to the event or make a minimum donation of $25, all of which will go to Cohen’s. Designers for SVS will also be in attendance, and their proceeds will go toward the cause.

Ladies’ Night has been hosted on the first Thursday of December for more than 15 years, Morgan said. Sami said the store began with three booths and a flea market in 2003 and quickly expanded into the 5,000 square-foot location at 3323 Long Beach Road. There are 19 full- and part-time employees at the business, he added.

“I was brought up in this business, it’s in my blood,” Sami said. “Jewelry is a wonderful thing. It’s an expensive art form.”

Sami and Morgan met when they were 15 and started dating when they were students at Long Beach High School. They wed in 1997 and now live in Merrick.

Last year’s Ladies’ Night generated a donation of more than 250 toys as 100 gift bags were created and about 150 people attended.

Morgan said she is grateful for Oceanside residents who join the cause. “It’s nice to know that this community has stood behind us in this mission in helping Cohen’s,” she said. “They’ve all checked on us and come to our business just to see how he’s doing. We’re blessed to be a part of Oceanside as much as I hope that they’re happy that we’re here.”