Pre-pilot ferry program may begin this fall in Glen Cove 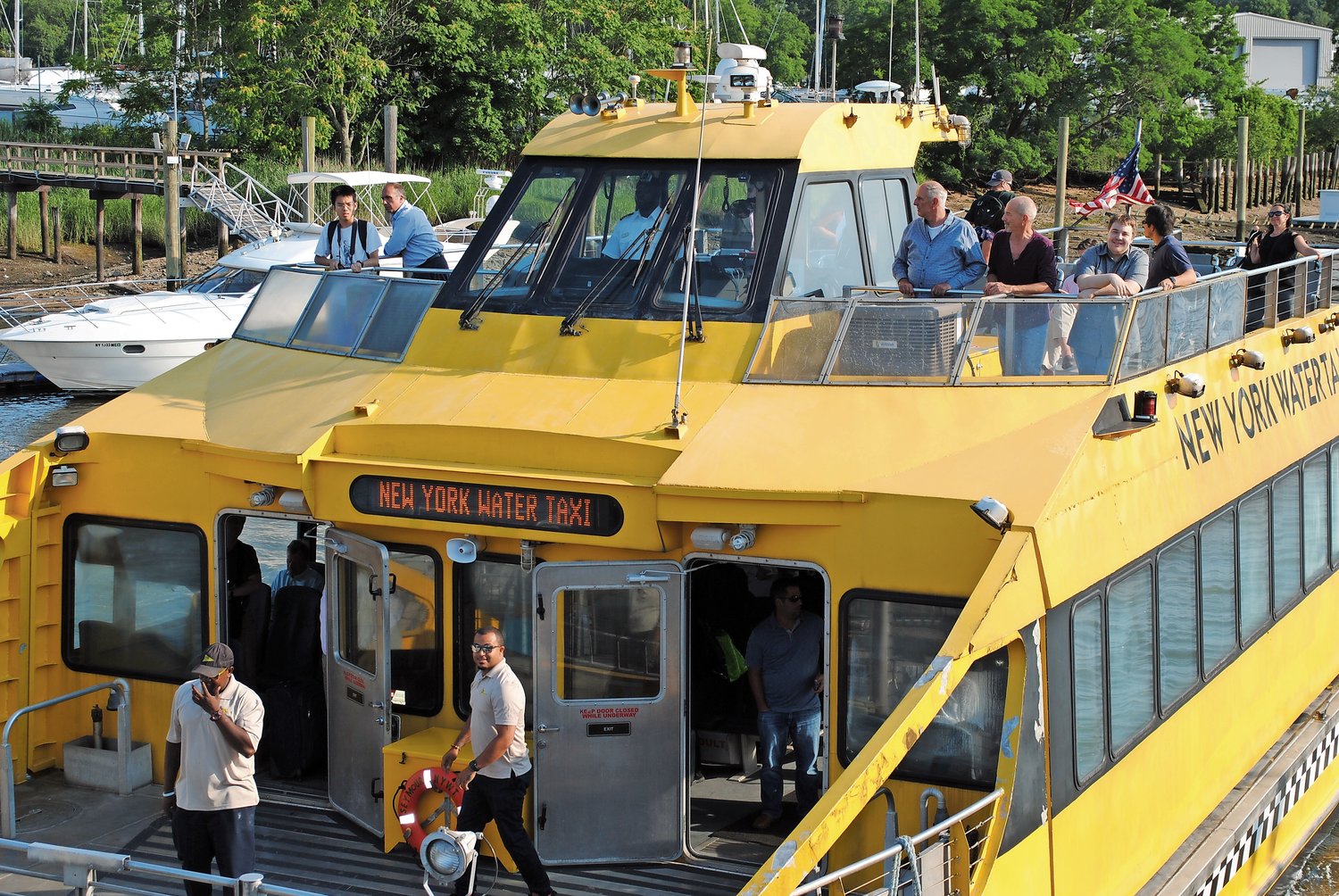 Passengers may be able to board ferries from Glen Cove to the Bronx this fall.
Herald Gazette file photo
By Mike Conn

Trial ferry services from Glen Cove to the Bronx might begin as early as this fall.

Mayor Tim Tenke said a round trip ticket to Soundview would cost about $25, not including the $2.75 transfer cost for passengers moving from the Glen Cove ferry to the NYC Ferry system. It should take about 35 minutes for ferries to reach Soundview from Glen Cove, he said, and a transfer should only add an extra five minutes.

Two companies, Hornblower Cruises and New York Water Taxi, have responded to the city’s request for proposal, which was issued in April. The terms of these responses were based on round trip ferry rides from Glen Cove to 34th Street in Manhattan. Since the Glen Cove to 34th Street route has been the plan for months, the trial period would gauge rider interest in a Glen Cove to Soundview connection.

City officials made a presentation to representatives from the Federal Highway Administration and New York Department of Transportation on June 17. They outlined the responses by Hornblower and New York Water Taxi for a Glen Cove to 34th Street ferry pilot program projected to start in May of 2020.

For the two-year pilot program, Hornblower issued a cost of roughly $5 million, or $1,200 per hours, whereas New York Water Taxi would charge roughly $3.2 million, per $950 hours. A $892,500 subsidy should be received by the city from RXR regardless of the operator. Based on these initial figures, round trip tickets on Hornblower ferries would cost $85.69 and New York Water Taxi would charge $48.46 per rider.

Deputy Mayor Maureen Basdavanos said those figures are based on an assumed ridership of 92 passengers per ferry ride, or 62 percent utilization of all of the boat’s seats. This estimate was determined while examining the ridership during 2017’s “Summer of Hell,” when Long Island Rail Road commuters struggled to get to Penn Station due to repairs. Most ferries carried between 75 and 108 passengers, with 92 being just about in the center. Basdavanos said the city should be able to knock down the price as ridership increases.

The pilot program dictates that Glen Cove must have a ferry service up and running for two years. If the city fails to do so, taxpayers may be forced to pay back the $16.6 million in grants given by the federal government. However, the fall trial period will be included in that two years if it comes to fruition, making it so that the pilot program could conclude in the fall of 2021 instead of May 2022.

The City Council was originally going to vote on a partner for the ferry operation during a meeting on June 25, but it was taken off the agenda earlier in the week. Tenke said the city wanted to take more time to evaluate their options, and its advisors said that pushing the vote back to the next meeting would not affect the ferry’s timeline. He also mentioned that he did not want to vote on the operator without Basdavanos present, as she put a great deal of work into the project but was not at the June 25 meeting.

“It’s just a little bit more time to look at it with additional eyes and with clearer heads is probably the way to go instead of rushing into it,” he said.

Tenke said the city has received positive feedback from the FHWA and NY DOT on its ideas about ferry trips to Soundview, and that the council will vote on its choice of operator during its next meeting on July 23 at 7:30 p.m.