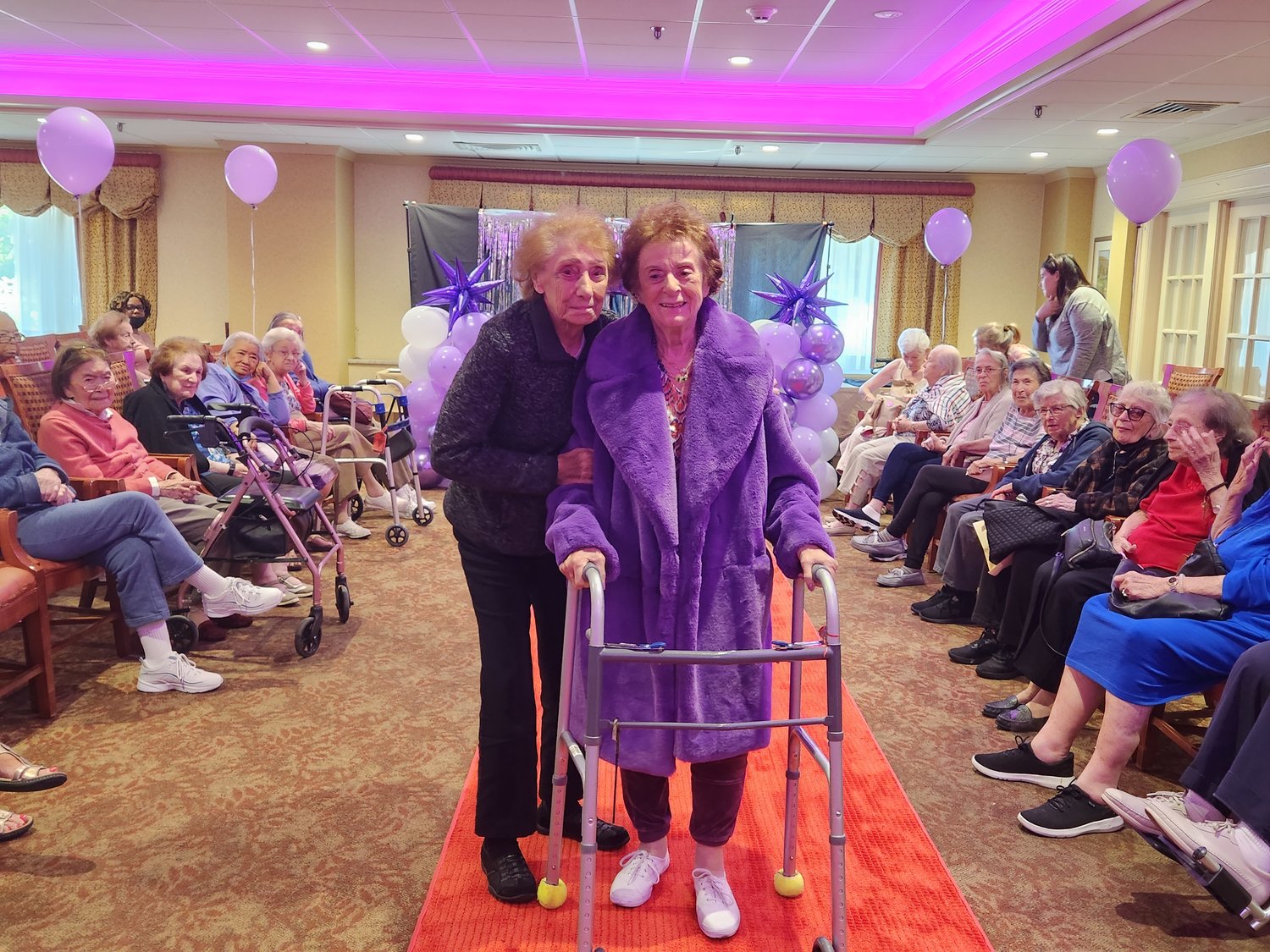 Best friends Sonja Coven and Anna Vaccaro, who met at the Regency, walked the runaway together, with Vaccaro wearing a purple faux mink coat.
Roksana Amid/Herald 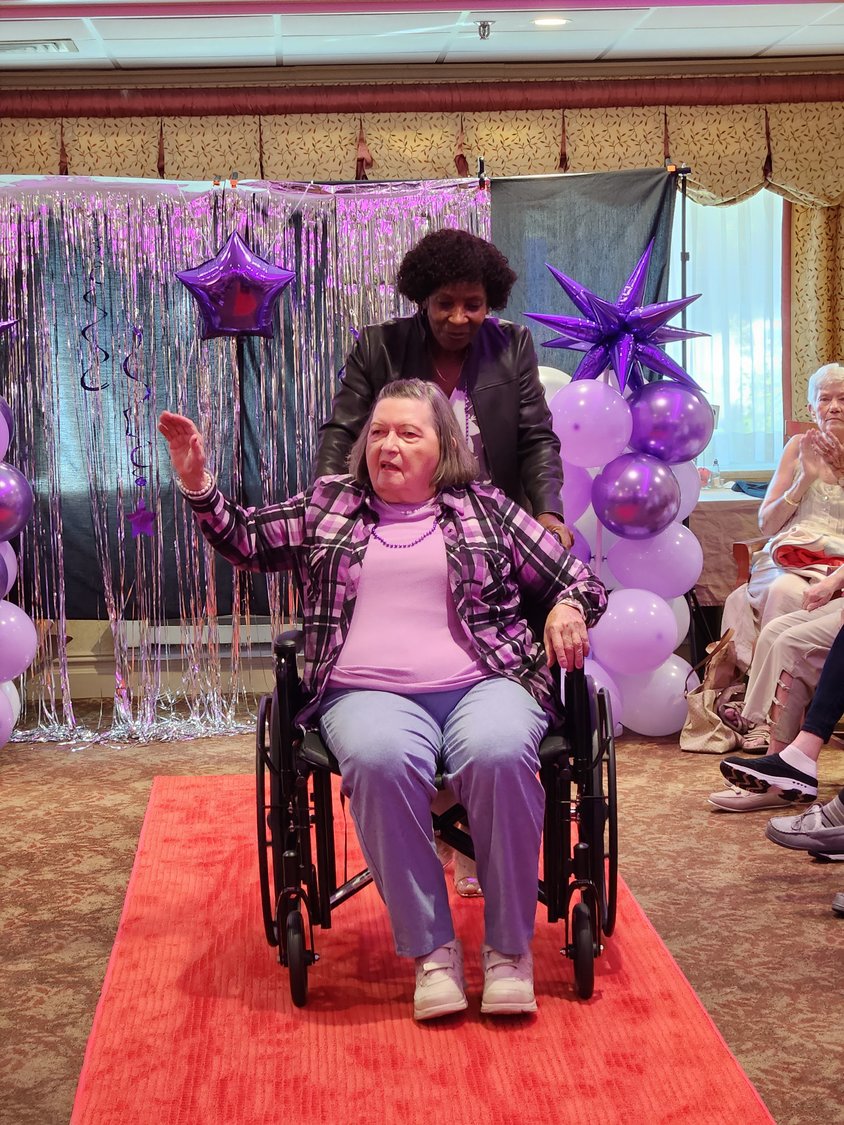 Stephanie Crawford, accompanied by her aid Maritza Rose modeled in the fashion show by wearing a plaid Dolce and Gabbana shirt from Worth Repeating.
Roksana Amid/Herald 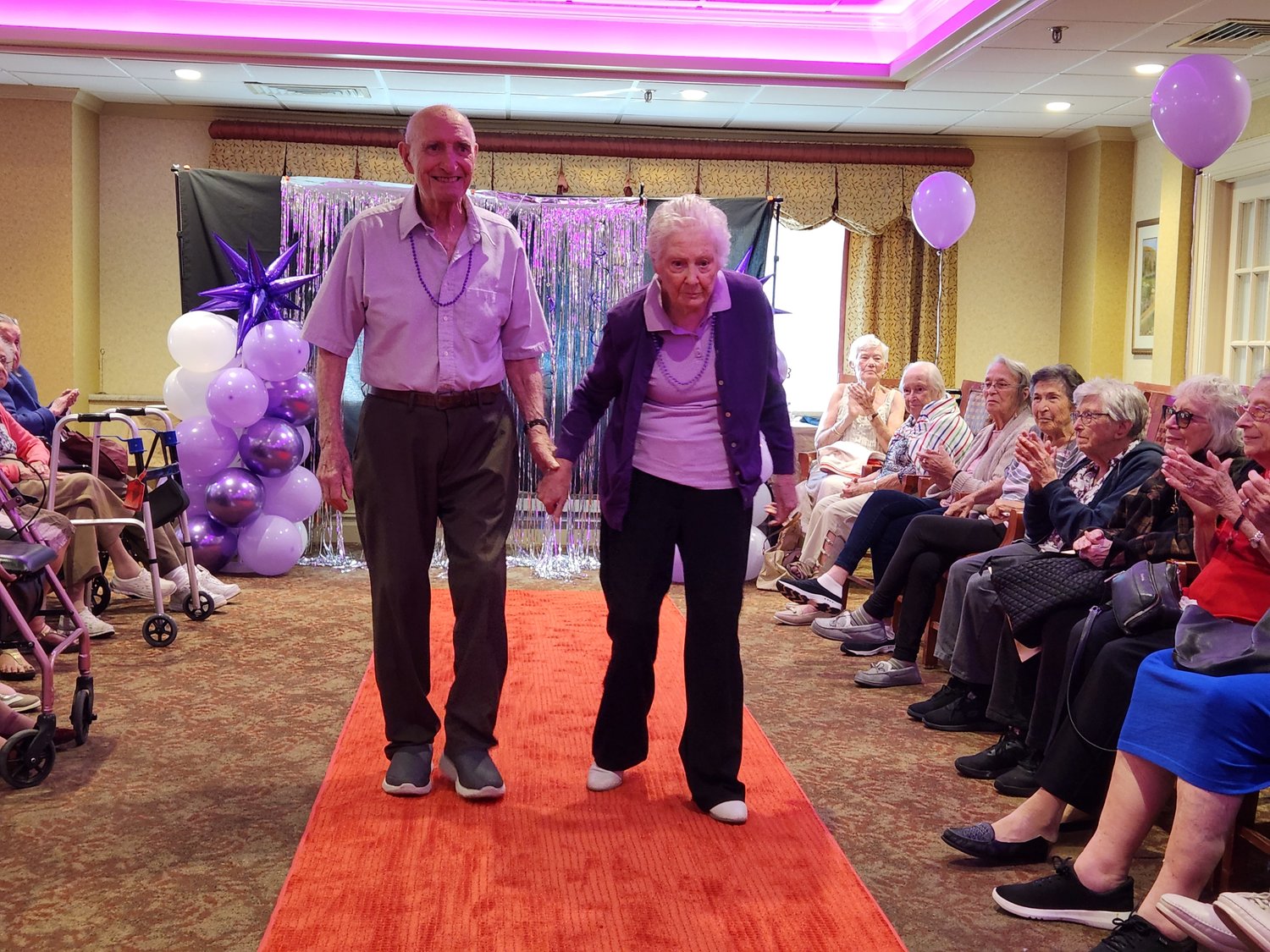 Ernst and Bridget Santangelo celebrated 63 years of marriage over the summer and say they enjoy spending as much time together as they can.
Roksana Amid/Herald 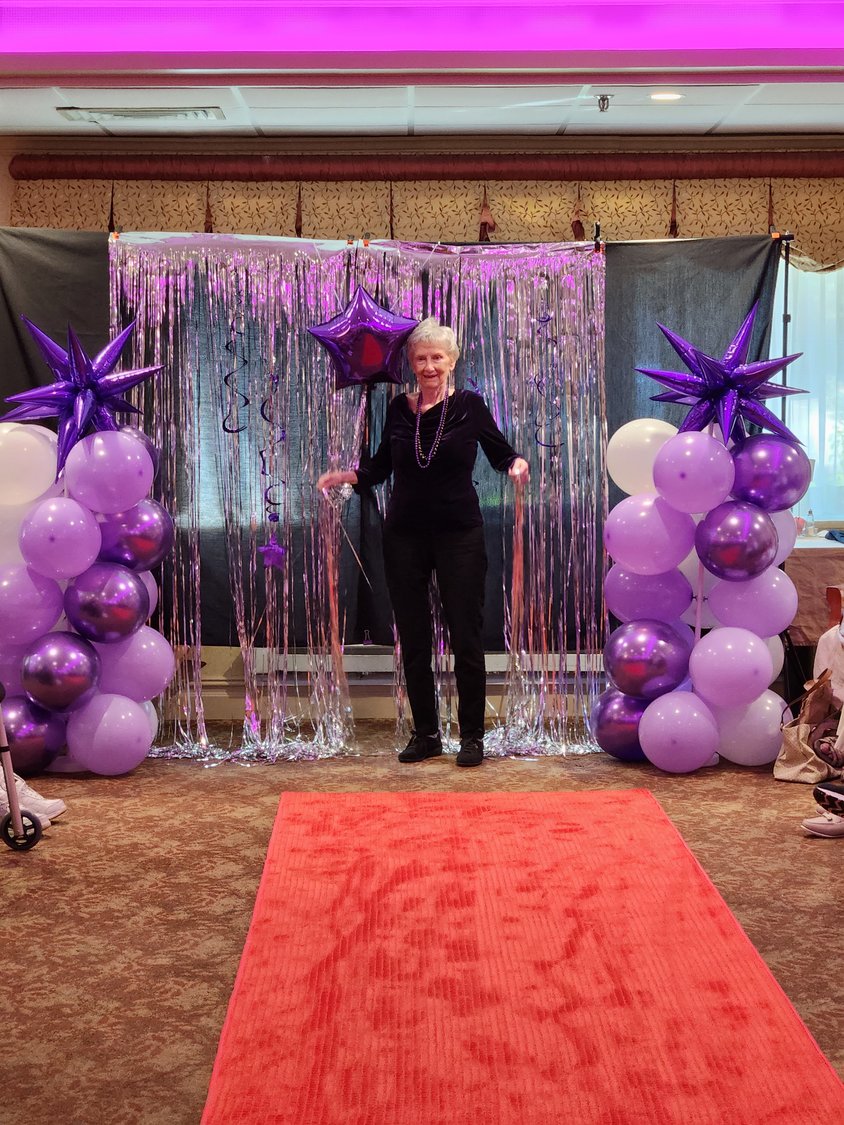 Chippy Kirshner stole the show with her twirls down the runway wearing a velvet jumpsuit.
Roksana Amid/Herald
Previous Next
By Roksana Amid

A red carpet, purple balloons and high-end fashion isn’t a combination most people would expect for an event about Alzheimer’s awareness. But that’s what visitors found at the Regency at Glen Cove on Sept. 21 at the “A Day Never to Forget Fashion Show,” held to highlight the need for research for the disease nicknamed the silent killer.

The Regency’s Safe Harbor residence is for people who have Alzheimer’s and dementia. To keep the residents engaged with the community they modeled at the fashion show. They wore high-end clothing donated by Glen Cove resident and Worth Repeating owner Betsy Gibs, that included designer names like Chanel and Prada. But the most noticeable accessories worn on the runway were wide smiles.

While the event raised awareness for the disease, it was also a time to celebrate being with friends and family. “We should do more events like this,” Chippy Kirshner, a Safe Harbor resident said.

The fashion show served as a precursor to the Regency’s participation in the Walk to End Alzheimer’s event at Eisenhower Park on Oct 2. The world’s largest event to raise funding and awareness to the disease, they’ve has currently raised $150,253 of their $288,500 goal.

Alzheimer’s is a progressive disease that begins with mild memory loss which often leads to an inability to carry on conversations and respond to the environment. Changes in the brain can begin years before the first symptoms appear, with symptoms of the disease often appearing after age 60.

“Sometimes people with dementia and Alzheimer’s might not recall what they did 15 minutes or an hour ago, or even yesterday,” said Stella Shank, executive director of the Regency. “But as long as they’re happy in the moment doing an activity with a big smile on their face, that’s what we look forward to.”

Engaging with other people in social situations helps those suffering from Alzheimer’s and other forms of dementia. Erica Ferrara, Safe Harbor’s director said that events like the fashion show are important to residents. And it’s the responsibility of the Regency to give residents a forum showing that they can still be part of the Glen Cove community, she said.