Suozzi, Gaughran come from behind to win re-election 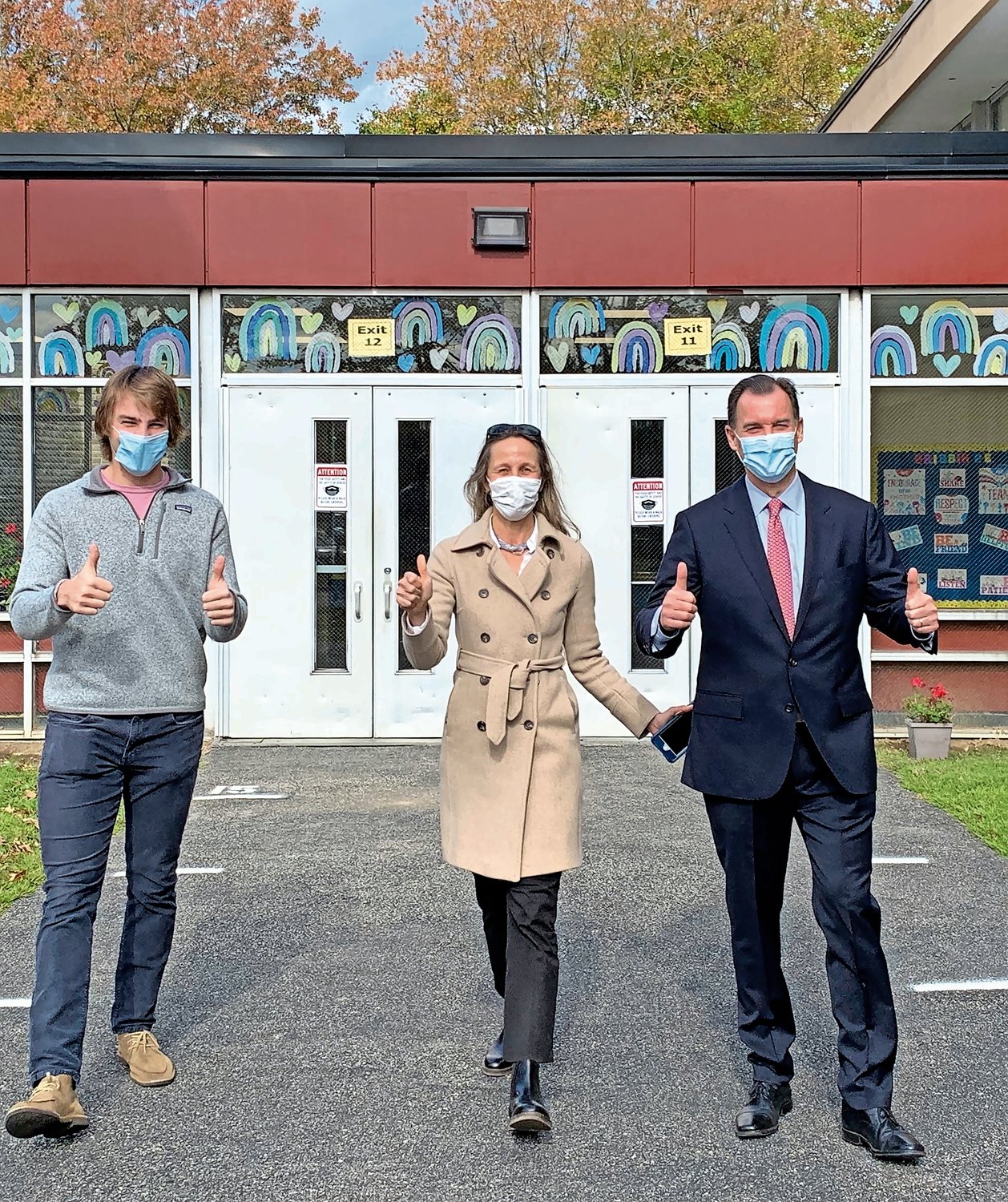 U.S. Rep. Tom Suozzi voted with his wife, Helene, and their youngest son, Michael, on Election Day. After most of the absentee ballots were counted, Suozzi was declared the winner of the 3rd Congressional District race on Tuesday.
Courtesy U.S. Rep. Tom Suozzi 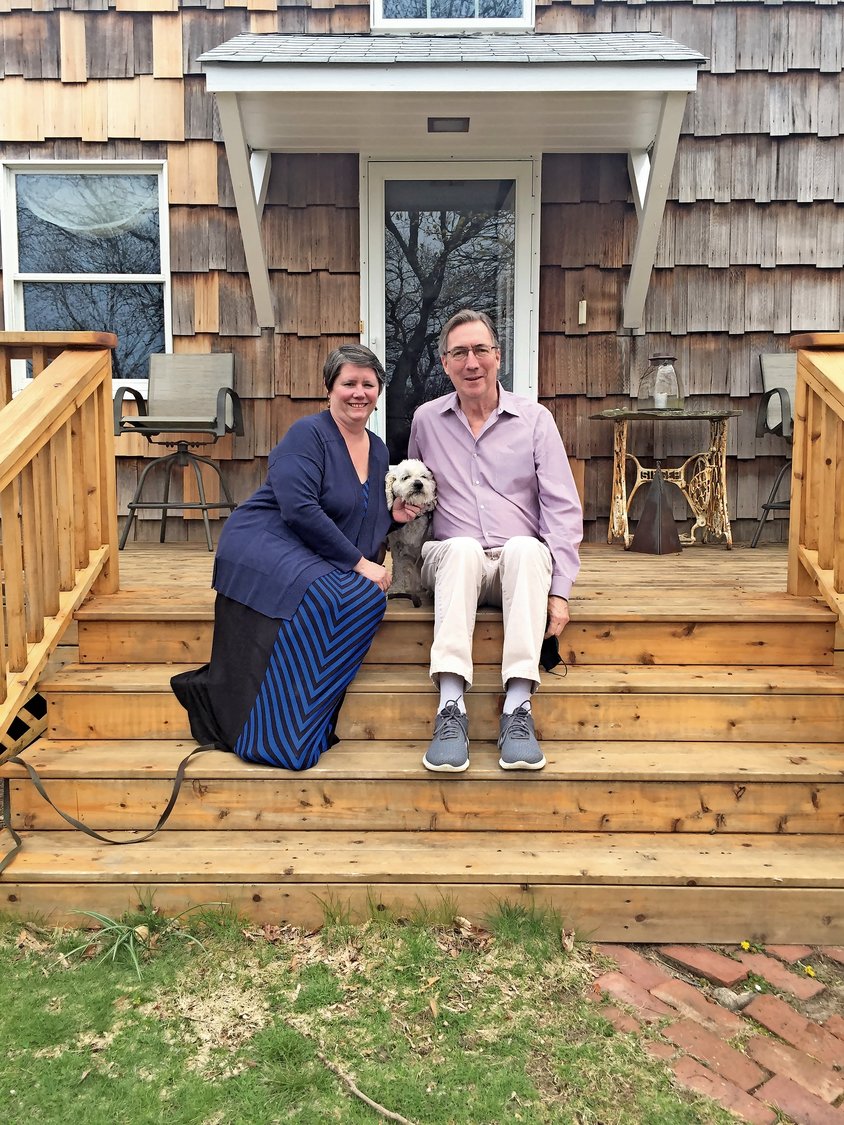 When U.S. Rep. Tom Suozzi held a news conference on Monday in Glen Cove, he said he was confident he would win his bid for re-election, but wasn’t ready to claim victory. Less than 24 hours later, he was.

“George Santos called me this morning to concede and congratulate me on my victory,” Suozzi stated in a news release on Tuesday. “I thanked him for his call.”

Santos had not returned calls requesting comment as of press time.

Suozzi, the Democratic incumbent, was behind in the vote count on election night, with 49 percent, while Santos, his Republican challenger, garnered 51 percent. That was based on in-person voting. But Suozzi said at the time that he was confident he would win, based on the larger-than-ever number of absentee ballots that still needed to be counted.

As of Nov. 5, two days after the election, there were 48,097 absentee ballots still to be counted in Nassau County, and 23,846 in Suffolk County. Northeast Queens, which is also part of the 3rd Congressional District, had 13,947 uncounted ballots. The registration of the remaining ballots was 51 percent Democratic, 17 percent Republican and 32 percent blank.

“I said I’d win by 20,000 votes on Election Day, but now I think I’ll win by over 20,000 votes,” Suozzi said on Monday. “Twenty-five percent of the ballots were absentee this year, which has never happened before.”

On Monday there were still 70,000 ballots to count, the majority of them from Democrats. The counting began on Nov. 11 in Queens, on Nov. 12 in Nassau and on Monday in Suffolk. “We need to change the law in New York state so the winner will be declared more timely,” Suozzi said on Monday.

After Santos conceded, Suozzi added, “It is a great honor to serve as a member of Congress, and I look forward to continuing to work on behalf of the people I represent. Our nation faces tremendous challenges, and the division is distracting us from accomplishing our goals.”

Suozzi, an attorney and a certified public accountant, said he would like to continue to pursue his constituents’ goals by making the most of his membership on the House Ways and Means Committee and his position as vice chair of the bipartisan Problem Solvers Caucus.

“I will work to try and bridge the divide and address the Covid pandemic, our unstable economy, the climate crisis and the need to rebuild our middle class,” he said. “I will never stop fighting for Long Island and Queens and the people of our state and country.”

After two weeks of being behind in the vote count, incumbent State Sen. Jim Gaughran, a Democrat from Northport, announced on Wednesday that he had been re-elected to his 5th Senate District seat. On Election Day, Gaughran had just 44 percent of the Nassau County vote,  while his Republican challenger, Edmund Smyth, had 56 percent.

At press time on Wednesday, however, Gaughran had taken the lead as more absentee ballots were counted. He had roughly 52 percent of the Nassau County vote, to Smyth’s 48.

Gaughran had also pulled ahead of Smyth in Suffolk County, 51 percent to 49.

“I am humbled to be re-elected by the residents of the 5th Senate District, and I thank them for their support,” Gaughran said “During my first term in office, I worked tirelessly on behalf of Long Islanders, and I am proud to have delivered real results, from a permanent property tax cap to support for small businesses navigating the Covid-19 pandemic. I will keep fighting for my constituents, for Long Island and for all of New York State, and I thank the voters for giving me the opportunity to continue to serve them.”

There were an estimated 7,000 to 8,000 absentee ballots still to count in the 5th District contest. Those ballots were expected to have a Democratic-to-Republican ratio of 2-to-1, so Gaughran needed only to take 30 percent of them to secure his victory.

Calls to Smyth had not been returned at press time.