The chef who gives back

Chef Jeanine DiMenna has 'always been there’ for the community 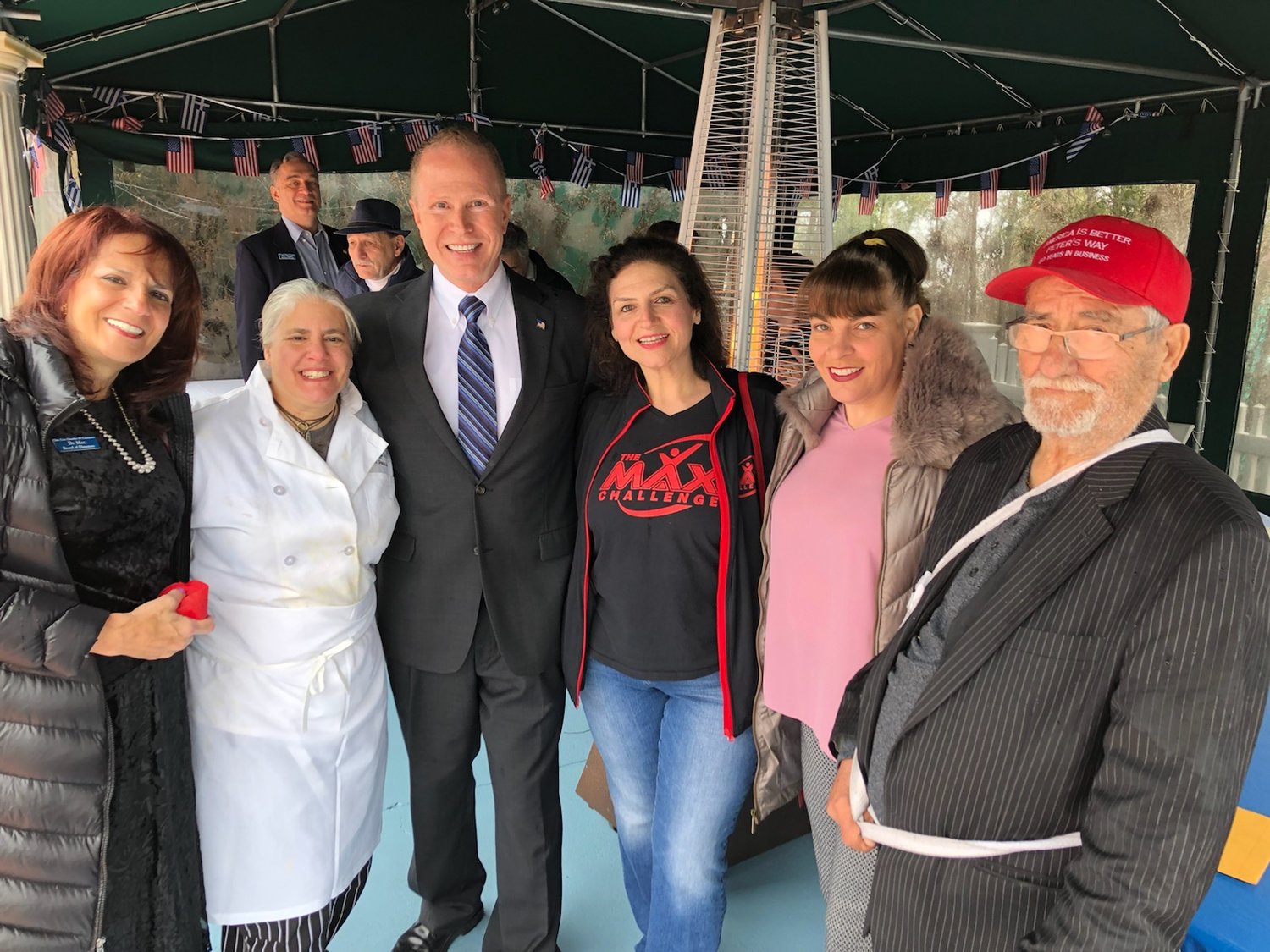 For over 30 years, Chef Jeanine DiMenna has been feeding the Glen Cove community, and in the process, bringing people together.

Her restaurants have long been meeting places and gathering spots for special events, and people come because they know DiMenna will deliver. But she also gives back in whatever ways she can, and has continued to support those in need even during a particularly challenging time. Despite the obstacles for her businesses created by the coronavirus pandemic, DiMenna has opened her doors to those who have fallen on even tougher times, and for all she has done, the Herald is proud to name her its 2021 Person of the Year.

DiMenna has owned The View Grill, at the Glen Cove Golf Course on Lattingtown Road, since 2013, and her story is known by many who have followed her career: Acquiring the restaurant brought her full circle, because her first job was at the golf course, when she was 14. She collected golf balls on the driving range, and was soon hired to work at the restaurant on the property, which at the time was called the Tiffany House. She worked there through high school, climbing the ranks from doing prep work and dishwashing to sharing the duties of head chef at age 19.

Her love of cooking led DiMenna to study at the New York Institute of Technology’s Culinary Arts Program, and then she worked at the Harrison House — now the Glen Cove Mansion — for over a decade. In 1997, she decided that it was time move on in her career, and she became the assistant chef at Page One Restaurant in Glen Cove. She was promoted to executive chef within a year, and became a part owner. After nearly two decades of success there, an opportunity presented itself that she couldn’t pass up. She closed Page One and opened The View Grill.

Owning a restaurant isn’t easy, but DiMenna, 56, said she does it out of love of “the whole industry.” “I love everything about it,” she said. “I love cooking, and I love being in my community. I’ve been able to provide a gathering place for people through good times and bad times, and I like that. It’s almost like an extension of our home. And I can always give that extra help when people need it. I can call my own shots. It’s nice to be able to do that.”

For the most part, business was good, with a steady stream of customers. Then the pandemic hit, and with it came an onslaught of unforeseen challenges. Jeanine’s husband, Fred DiMenna, said he believes his wife helped others get through the toughest period with her food and her warm personality.

“Jeanine has a strong sense of community that she displays via her cooking, and also by the way she interacts with guests at our restaurant,” Fred wrote in an email. “When Covid struck, in addition to the effect on the restaurant’s bottom line, she had to rely solely on her food to continue this mission, and did so by transitioning to a takeout/delivery model. While not ideal, it kept the business up and running, with at least some employees receiving paychecks, and also helped to brighten dark days for many in our community who enjoyed her food during isolated times at home. As she has done in the past, she proved to be a survivor, and our community is a better place on account of it.”

Jeanine is more humble about her role during the early days of the pandemic. “Getting through the pandemic was one thing — we really held our own,” she said. “Everybody worked as a team, and the community came together. We did what we had to do to help each other.”

Then the problem became rising prices, a shortage of workers and the increase in the minimum wage. “It became really challenging over this past summer,” Jeanine said, “and that has become an issue. With restaurants, it’s always hard enough to make ends meet. To couple it with erratic prices, the inability to get items that are on your menu, the minimum-wage increase … it’s become a really difficult time to do business as a small mom-and-pop.”

Even though she was still dealing with what she called the most difficult time of her life, DiMenna opened for others who had fallen on even harder times. When a fire destroyed the North Shore Soup Kitchen/NOSH headquarters in late August, causing the loss of about two months’ worth of food for the 600 families the nonprofit serves, she offered it space to store donations. The organization also used The View Grill’s parking lot, setting up tents and tables for its biweekly pickups.

“As a human being and a business owner in my community, I think it’s important to help each other,” DiMenna said. “NOSH fell on really hard times. I have the room, and I wanted to help them. We’re a small community. We have to be there for each other, help each other, day to day. I enjoy doing my business that way.”

Kimberly Charon started a charcuterie company last year, and said DiMenna has been a mentor to her throughout her first year in business. She has come to lean on DiMenna for support and advice, Charon said, and has a lot of respect for her.

“She’s so kind, and will literally give you the shirt off her back,” Charon said. “She just wants to help. She told me that it wasn’t always easy for her when she started out, so she always wanted to give back. She’s always been there.”

Mary Stanco, former president of the Glen Cove Chamber of Commerce, has known DiMenna for more than 35 years.

“Jeanine has a heart of gold,” she said. She has always given back big time to the community she was raised in. One year, probably 2005, she ran out of candy to distribute during the BID Trick or Treat Costume parade, so she gave out $5 bills to the kids instead.”

For Mary Grace Donaldson, of Glen Head, DiMenna has been a part of significant life events since she was 11, and her surprise party on her 13th birthday was held at Page One.

“She was close to my family, and always made us feel like we were home there,” Donaldson, now 32, said, “and made sure I had chocolate dessert whenever I came in.”

When Donaldson moved back to the area after college, she said, she joined the Glen Cove Rotary Club, which met monthly at Page One, and later, The View. She also joined the Glen Cove 350 Committee, and is now the promotions manager for the North Shore Biz Network. “I become more involved with her as an adult,” she said of DiMenna, “and any time we needed something, she was there.”

“I will donate to anybody who comes through the door,” DiMenna said. “Any time it’s a fundraiser, I can provide an area that’s large enough, and I always like to work with charities, because these people do so much volunteer work, and I have the spot. You have to pay it forward. I think that’s very important, especially now. We have to keep focused on who we are as a community, and stay together.”