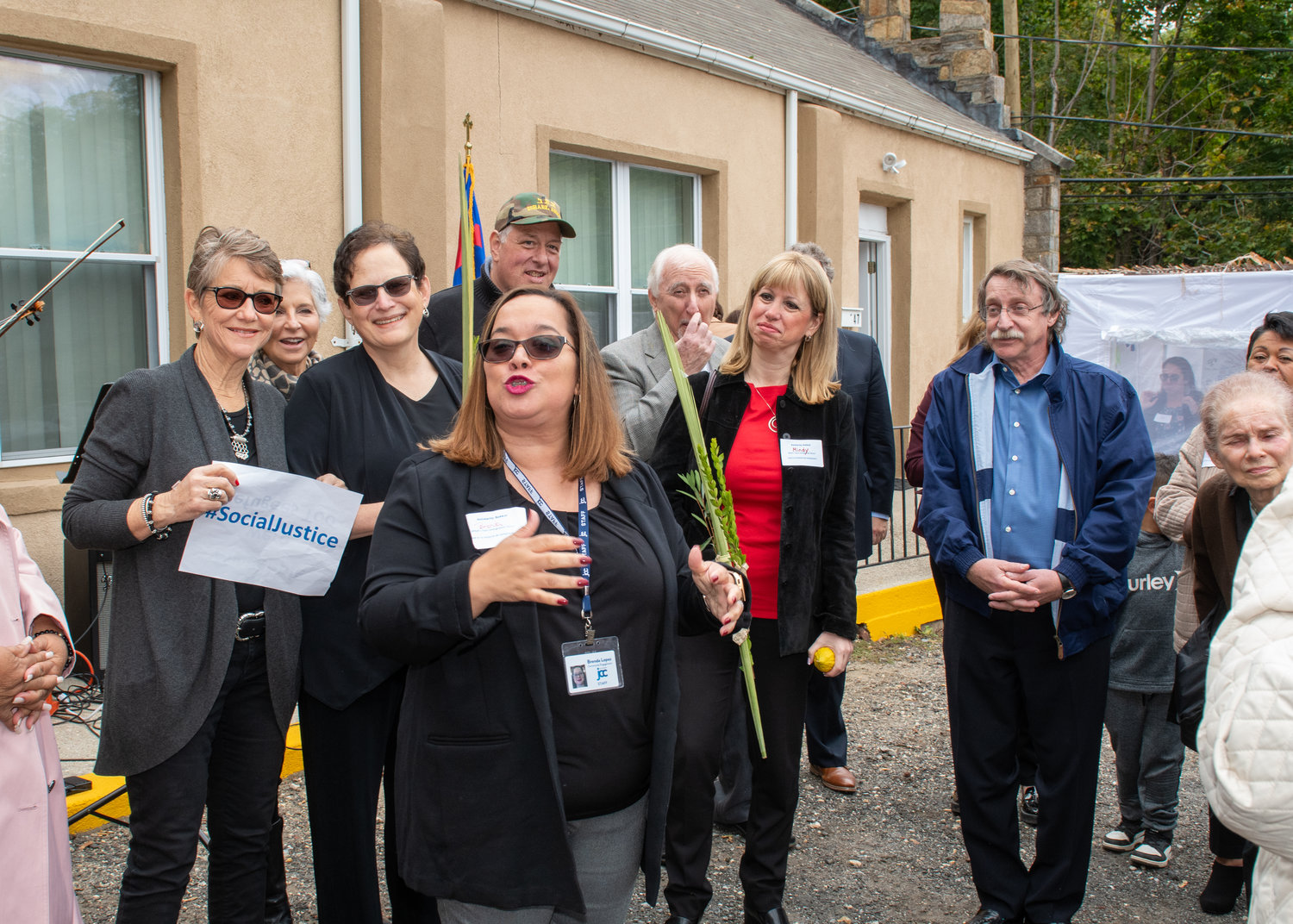 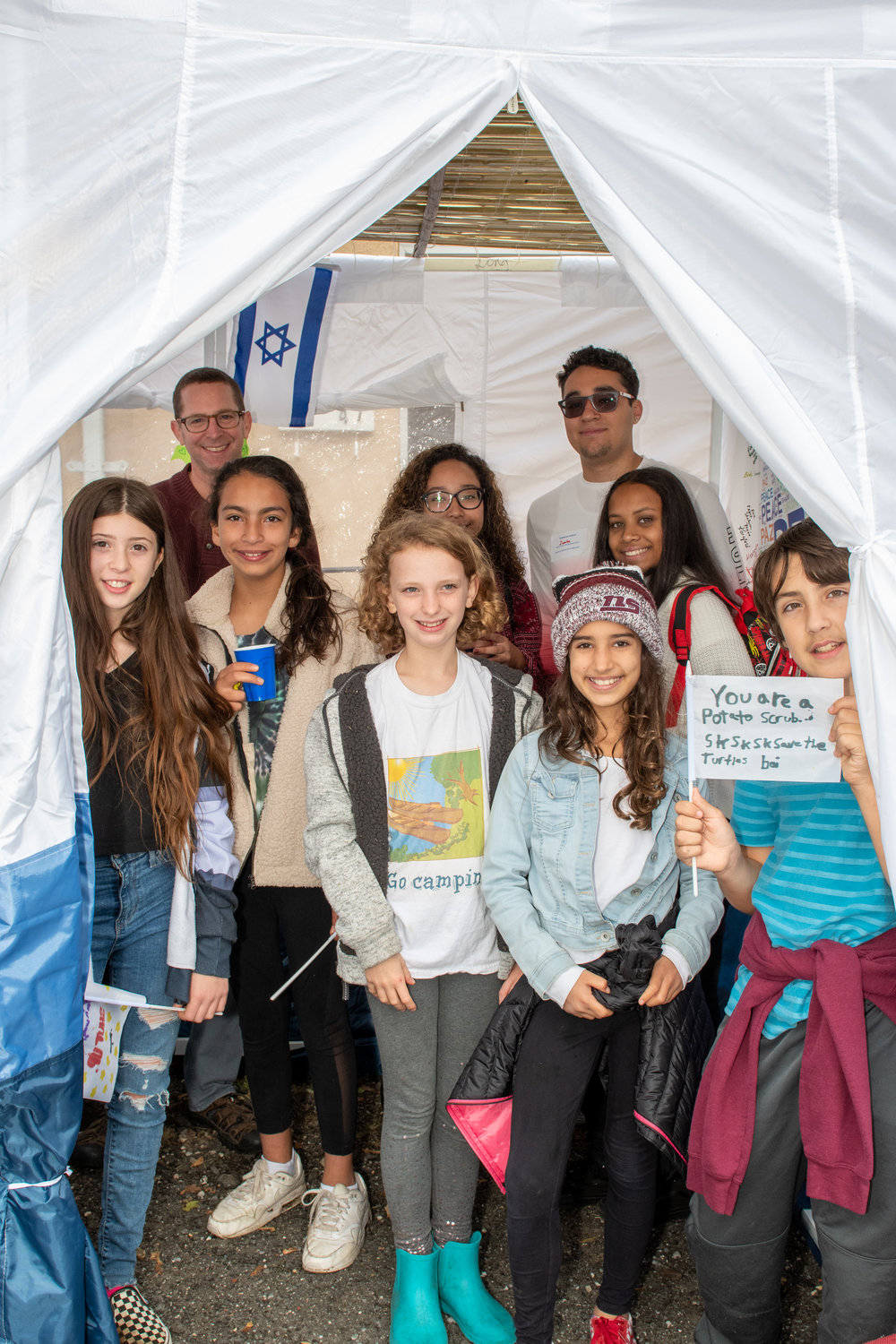 Jewish and Latino children came together at the Sukkot of Peace.
Roni Chastain/Herald Gazette 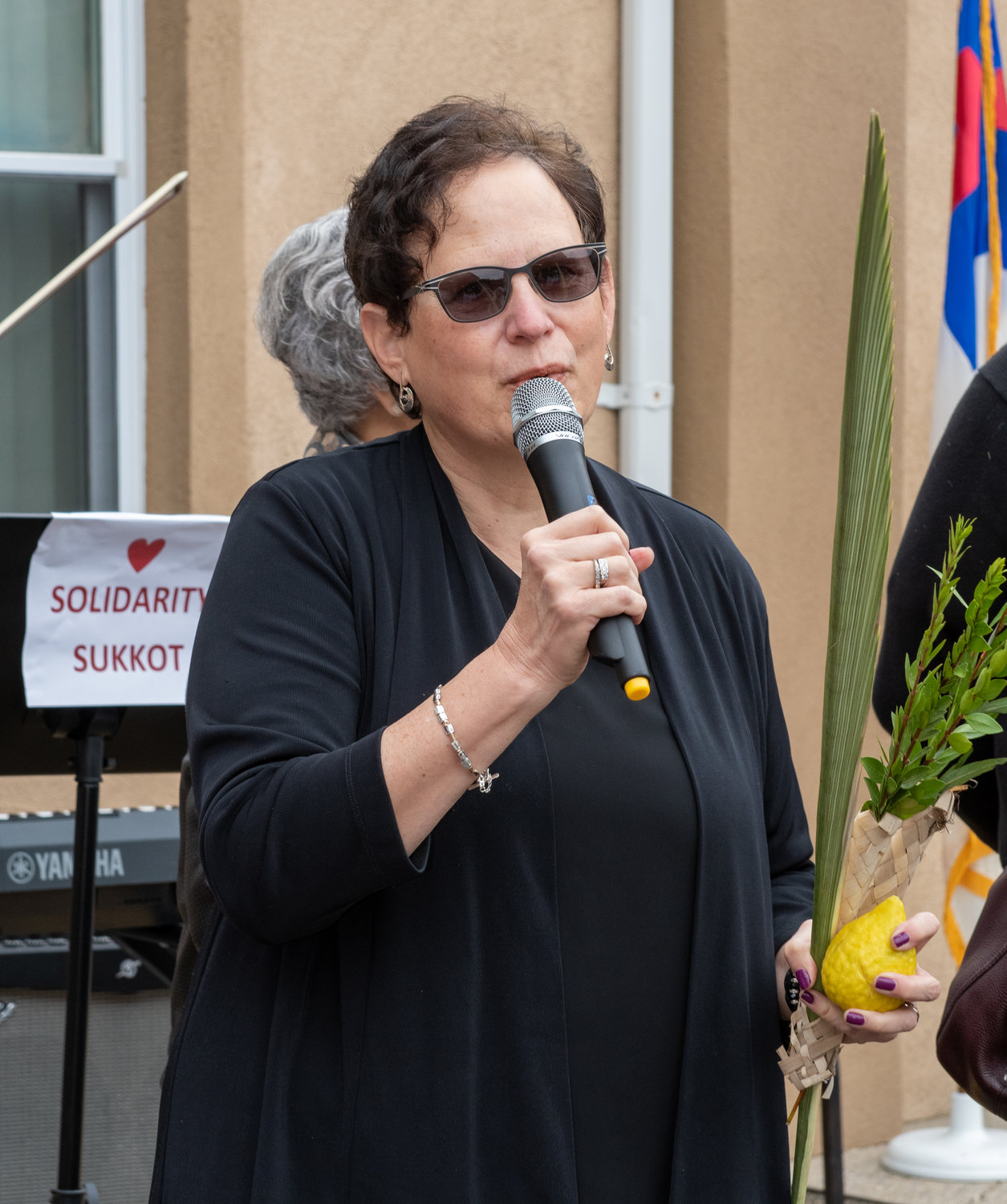 When she watched members of Glen Cove’s Jewish and Latino community congregate at the Iglesia Ciudad De Refugio Church on Oct. 20, Brenda Lopez felt like she was witnessing something historic. As residents shared stories about their culture and beliefs, Lopez found that more and more members of the two communities began to notice the similarities that they shared, especially when it came to stories of immigration.

“Both these groups have known persecution, being put into camps and stories of refugees who had to flee their country to find a safe place,” Lopez said.

This idea was at the very heart of the Glen Cove Social Justice Coalition’s second annual Solidarity Sukkot, a celebration of the Jewish holiday of Sukkot, which recognizes the 40-year pilgrimage of the Hebrew people in the desert. The coalition is comprised of members the Sid Jacobson Jewish Community Center, Congregation Tifereth Israel, North Country Reform Temple, Glen Cove Child Day Care Center and La Fuerza Unida, Inc. Susan Berman, the head of the coalition and director of the center for community engagement at the JCC, explained that a major theme of the holiday was to invite a stranger into your sukkot, a temporary shelter.

While the coalition set up a sukkot at the Pulaski parking garage last year, Berman said that she wanted this year’s event to be more intimate, so they decided to host it at the city’s most prominent Latino church, Iglesia Ciudad De Refugio. Because the coalition was founded on the principal of uniting the Jewish and Latino communities, Berman figured that Sukkot, with its themes of immigration and housing, would be an ideal event to bridge the cultural gaps between the groups.

“Jewish immigration was very similar to the Hispanic immigration we see now,” Berman said. “Many of us were not welcomed. My own grandparents were turned away when they came here. We know the process of refugees coming in to the country and trying to assimilate.”

Rabbi Irwin Hubberman, of the Congregation Tifereth Israel, added that Glen Cove was lucky to enjoy a strong relationship between all the faith groups in the city. He said that the sukkot set up at the church held the theme of peace. “We hope that through events like this, we can embrace old themes, while at the same time embracing new traditions together.”