Victory for Panzenbeck in Glen Cove 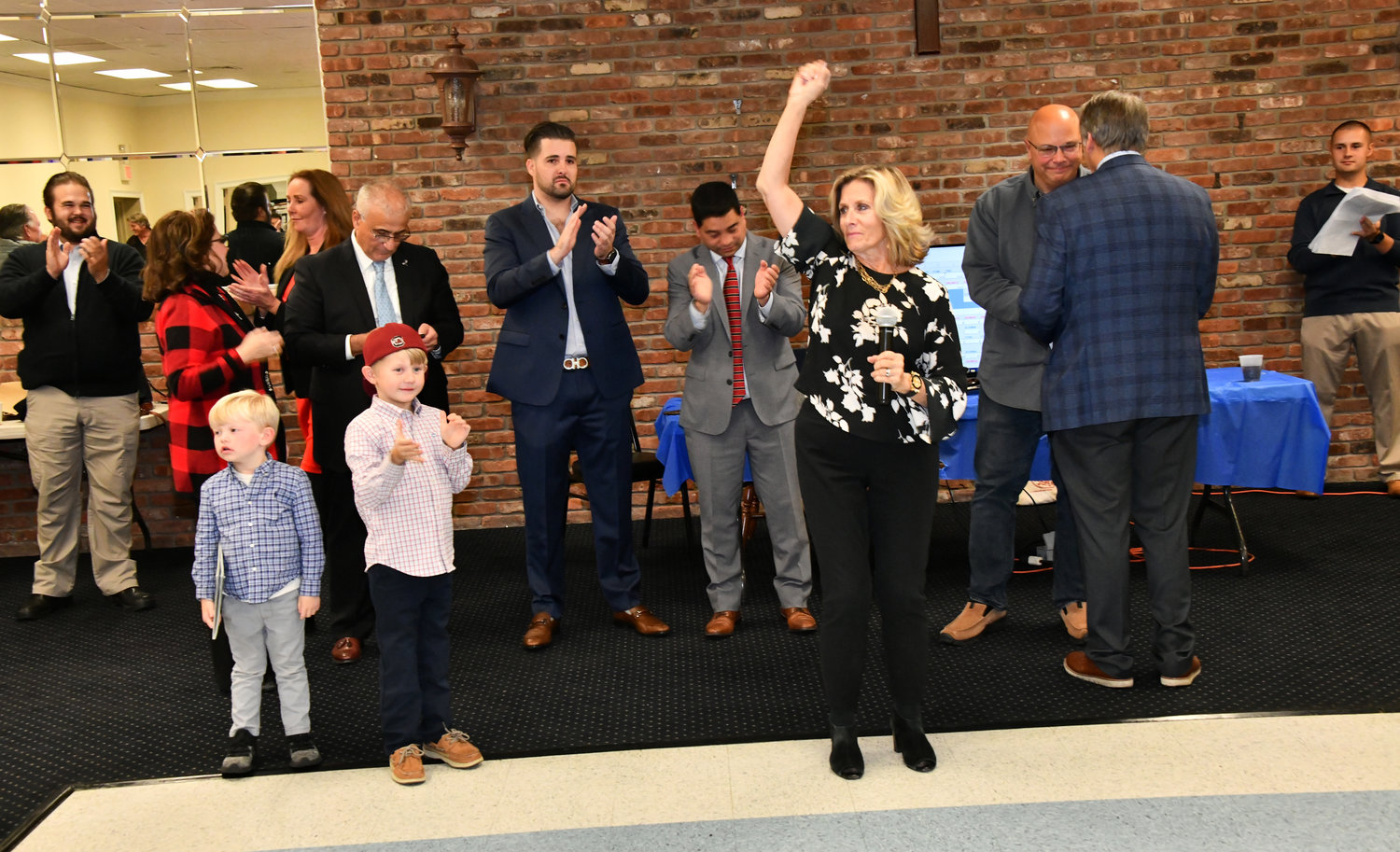 Pam Panzenbeck was ahead by more than 500 votes on Tuesday night, making her the apparent next mayor of Glen Cove.
Courtesy Tab Hauser
By Jill Nossa

As midnight approached on election night, Republicans in Nassau County-wide races were inching toward a GOP sweep.

Pamela Panzenbeck will be the next mayor of Glen Cove, according to the unofficial results of Tuesday’s election. Voters chose the Republican candidate and most of her City Council slate, defeating Mayor Tim Tenke and the majority of the incumbent council members.

“We had a roaring success,” Panzenbeck said, “and we’re absolutely waiting for the absentee ballots to come in, but this is beyond our wildest imagination. We worked very very hard and I’m very, very happy.”

Just before midnight on Tuesday, the results showed City Council Republican candidates Kevin Maccarone, Joseph Capobianco and John Mancusi,  along with Democrat Marsha Silverman leading. Roni-Sue Jenkins was ahead of Barbara Peebles by one vote, though the 359 absentee ballots have yet to be counted.

The Knights of Columbus hall in Glen Cove was abuzz as the results of each district in the city were reported and read by Republican Committee Leader John Maccarone.

“I went up against Marsha Silverman, the most respected on the Democratic ticket,” Republican city council candidate James Greenburg said. “I respect her diligence and her efforts. I’m ecstatic that Pam is in. I’m a Republican, but when it comes to local politics, it’s common sense. It’s what’s going to be good for Glen Cove.”

And if the absentee ballots don’t go in his favor, he said, “I’m still running soccer, still running my law firm, still uniting families through adoption, and maybe I’ll come back another time.”

“I think the community has spoken,” Roni Jenkins said. “They said they wanted change, they wanted new voices, and were obviously not happy with the tax increase last year. That was the message we came out strong against, and it resonated with people.”