All dogs deserve a chew toy 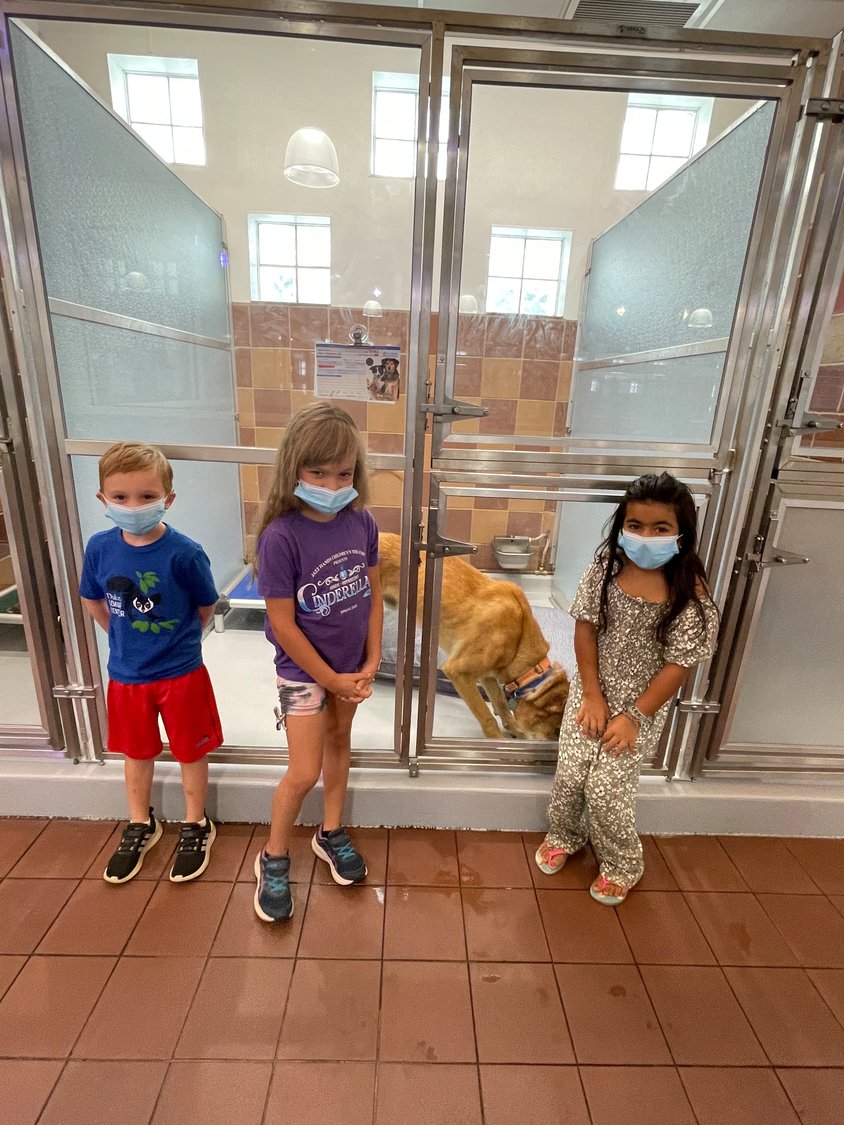 Austin and Victoria Fuller and Dahlla Balooch met some dogs when they dropped off new beds and chew toys at the North Shore Animal League.
Courtesy Tannaz Nasirzadeh-Balooch 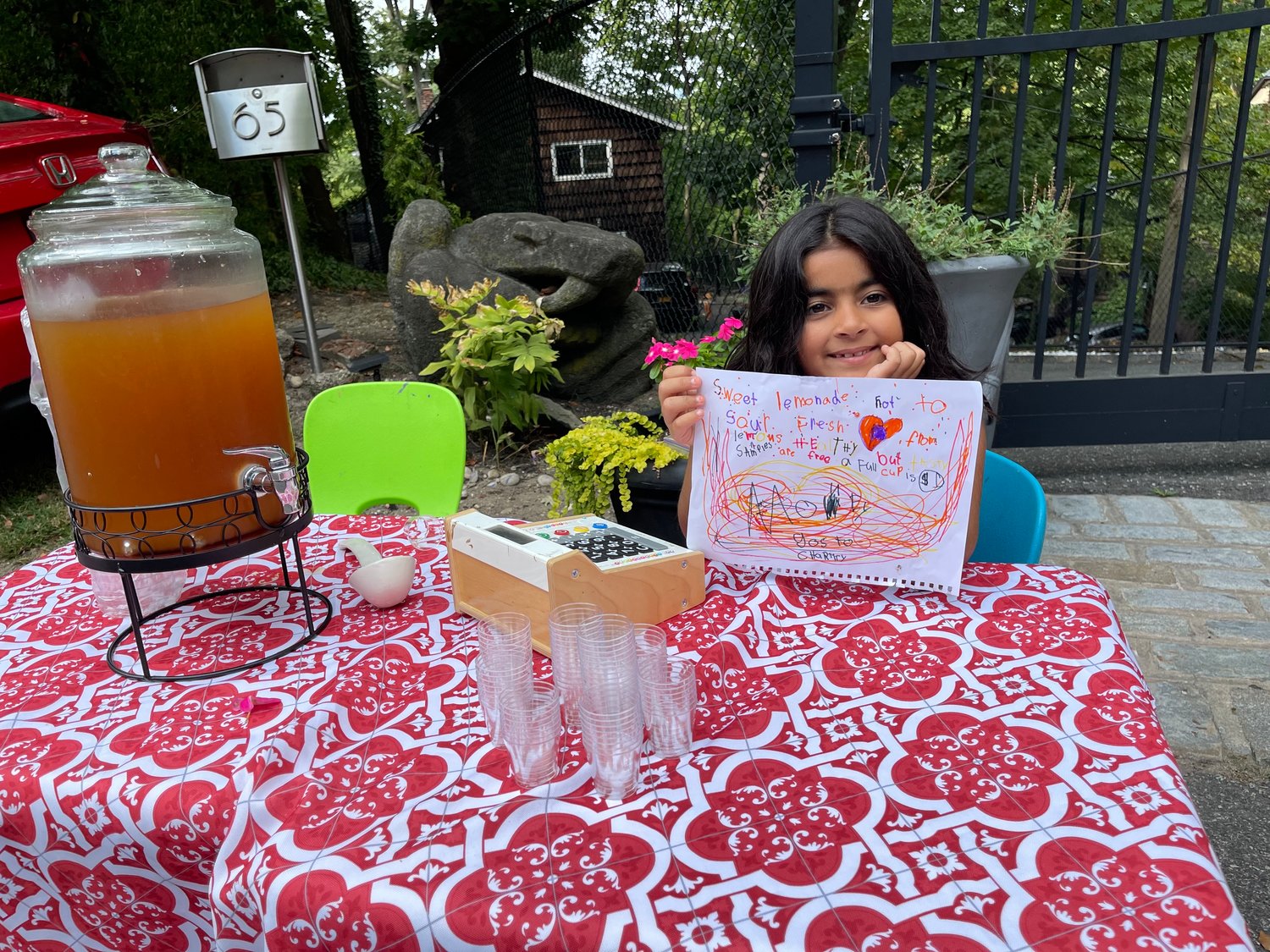 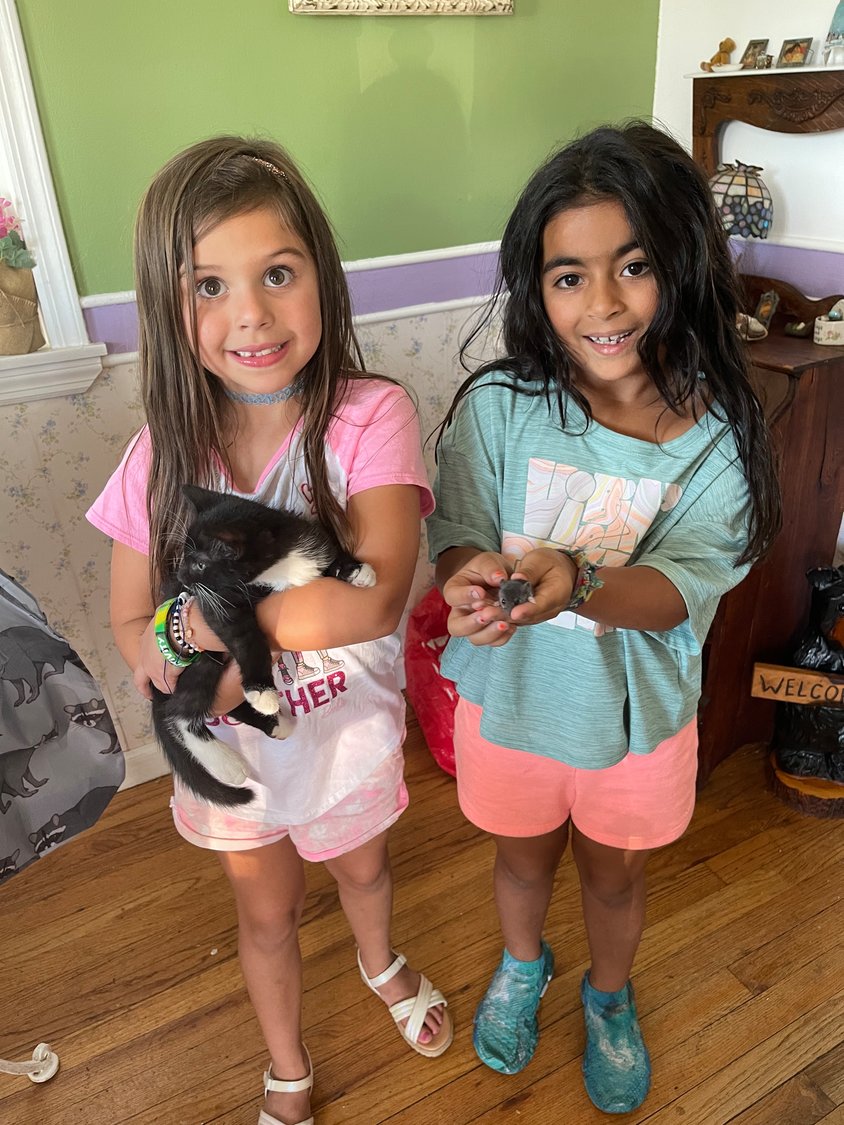 Dahlia’s desire to help animals extends even to mice, like this baby, which she’s holding at right, and which she and her friend Olivia Lovallo helped rescue.
Courtesy Tannaz Nasirzadeh-Balooch
Previous Next
By Will Sheeline

For most children, summer is a time away from the hard work in the classroom. For one hardworking young girl and her friends, however, this summer was a chance to give back to the furry four-legged residents at North Shore Animal League America in Port Washington.
Dahlia Balooch, a 7-year-old second-grader at Sea Cliff Elementary, raised roughly $200 for animal blankets and chew toys with several lemonade stands and family events throughout the summer. Dahlia’s family has already adopted two dogs from the North Shore Animal League, and plans to adopt as many as four more. She has a deep love for animals, and saw an opportunity to help humanity’s best friends in her own way.
“I went to the North Shore Animal League because I just wanted to give it to the puppies, I guess because I love puppies so much,” Dahlia said. “They don’t even have anything to gnaw on, you know? All puppies need something to gnaw on.”
North Shore Animal League America is a pet adoption service, and according to its website, and the largest no-kill animal rescue and adoption center.
The idea to raise funds for the shelter started when Dahlia attended a family event at the end of spring, where she and some of the other younger relations sold cups of soda for a penny apiece. When they made a tidy profit of roughly $20 — some relatives gladly paid more — Dahlia figured the best thing to do with it was to use it to help the homeless dogs kept at the North Shore Animal League.


This led to Dahlia and her friends, fellow second-grader Victoria Fuller and her brother Austin, a 5-year-old kindergartner, to run a lemonade stand outside the Fullers’ house at the beginning of summer. The kids managed to make about $80, which they used to buy chew toys, two beds and other amenities for the canines at North Shore Animal League.
This was an especially important milestone for young Victoria, who once had a fear of dogs, but now knows that they need help just like everyone else.
“I used to be so scared of dog,” Victoria said, “Now, I really love them. They’re so cute.”
Since the success of the first lemonade stand, Dahlia raised money selling lemonade at another family function outside her house Sept. 5. She continues to look for ways to help her furry friends.
She won’t be doing any charity work for the next month or so, until she comes back from a family trip to Colombia this fall. She plans to raise $1,000 for the Animal League to further help the animals.
Tannaz Nasirzadeh-Balooch, Dahlia’s mother, said she’s proud of her daughter and her friends for their dedication to helping pets in need. She said she and so many kids are lucky to grow up in a community like Sea Cliff, where they learn the importance of giving back to the community.
“It makes me so happy to see her and her friends using their time well, to really give back,” Nasirzadeh-Balooch said. “I speak for many of us when I say north shore Long Island children have it pretty good, so it’s nice to see them do what they can to help others.”
Report an inappropriate comment