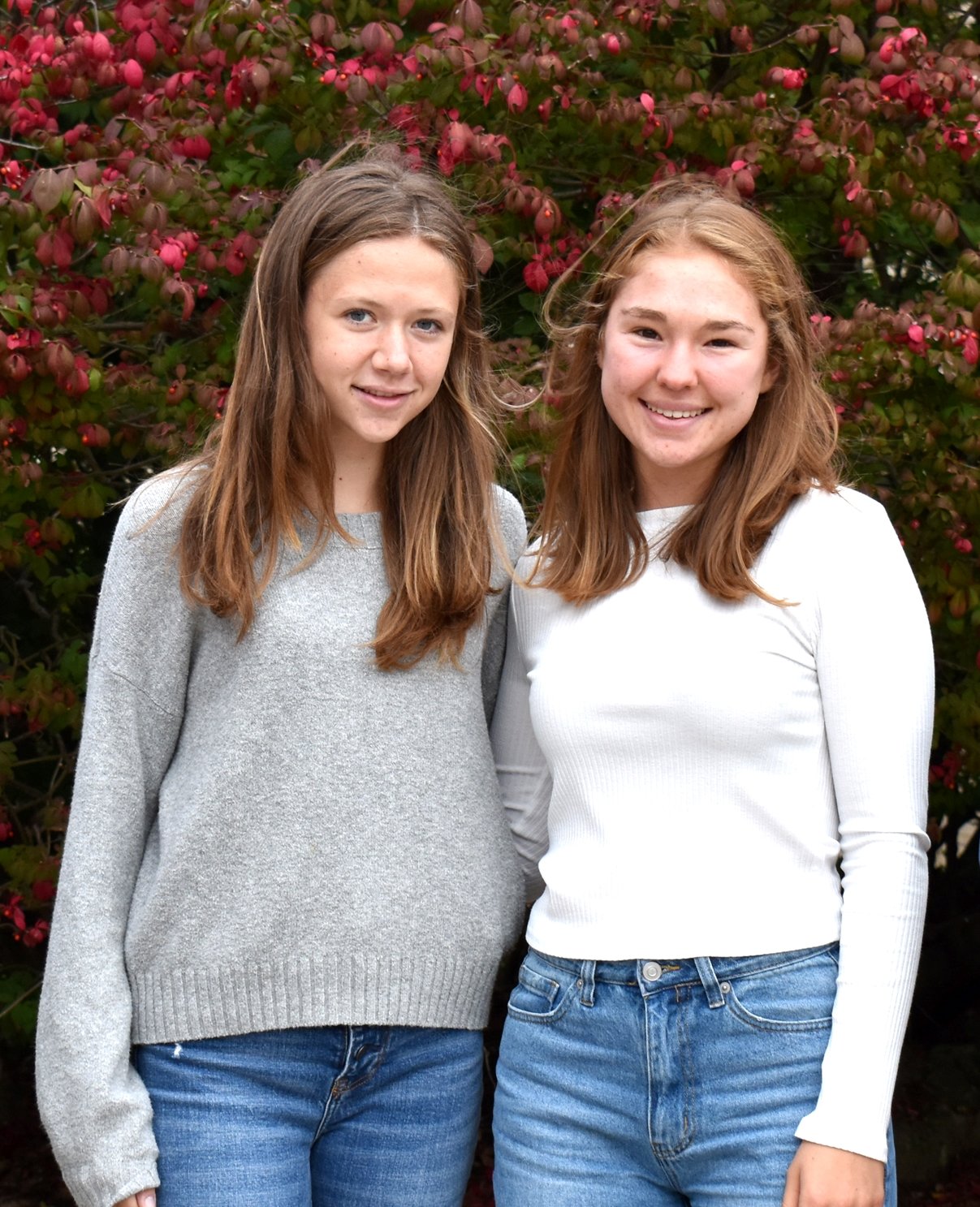 Kate Gilliam and Emma Nelson never expected to be named North Shore High School’s valedictorian and salutatorian. When the two best friends were called into the principal’s office last October they even thought they were in trouble.
As scorekeepers for North Shore’s football team, the two students thought they had gotten the numbers wrong for the last game. What they didn’t anticipate was that they would be named the school’s two highest scoring students.
“When the principal said, ‘You guys are the valedictorian and salutatorian,’ we hugged each other, like gave each other the biggest hug ever,” Emma said. “And at that point we didn’t know who was who. We just knew we were the top two, and we were just so happy for each other.”
Kate has ended her career at North Shore with a weighted GPA of 103.92, while Emma’s weighted GPA was 103.43, a difference of only 0.5.
Both girls started at the North Shore Schools District at the same time, in kindergarten. They were both quiet, intelligent and athletic girls who grew in confidence and maturity throughout their time at North Shore.


Both were varsity athletes and important members of their sports teams. Kate’s special athletic love is lacrosse, and she has been on the High School Girls Varsity Lacrosse Team since seventh grade. Her head coach, Meg McCormack, says she is amazed at how far her protégé has come.
“As the years went on, you could see her get more and more confident with herself, on and off the field,” McCormack said. “She’s been a learner at all levels of her life, and she continues to grow and learn and I think that’s what’s really special about her.”
Emma is a tri-varsity athlete, with a particular passion for field hockey and track. Kelley Huggins, who has been Emma’s Girls Varsity Field Hockey head coach since freshman year, explained how much pride she’s felt watching Emma mature over the years.
“Whether it was as leader, follower, advocate or cheer squad, Emma has always been committed to her team and the sport,” Huggins elaborated in an email. “The most intriguing part of Emma is that she accomplishes so much, yet she is so humble and carries herself with a sense of peace. She is truly a role model not only for her peers, but for adults as well.”
Emma will go to Colorado School of Mines next year, where she intends to study geological engineering and run for the track team, having chosen to leave field hockey behind, for now at least. Although she was originally committed to Bryn Mawr College, she said after visiting CSM she felt an immediate kinship with the school.
“The minute I stepped on campus, I got this feeling that I’d had nowhere else,” Emma said. “They had the major I was looking for, and it just seemed like an overall better fit for me.”
Kate will be heading to Harvard University, where she has committed to also playing for their Girls Varsity Lacrosse Team. She says she hopes to study economics.
“I’m really looking forward to the new people I’m going to meet,” Kate said. “I’m excited to learn from many different kinds of people, experience different cultures, and be exposed to new topics of study.”
That isn’t to say that either have forgotten their roots yet. Both have a fierce love and appreciation for the North Shore School District, particularly for the amazing support they’ve received from the faculty and staff throughout their tenure.
“All the teachers and administrators, truly really everyone who works here, seems to love their jobs, and that’s what I think makes this place so special,” Kate said. “They are really always there and are willing to do everything for their students. I really wouldn’t be where I am without all the support and guidance I’ve gotten along the way.”
“North Shore has amazing faculty, and I think that the relationships I’ve made with my teachers over the last four years are relationships I hope to continue,” Emma said. “And I can say that every single teacher I’ve had has taught me very important lessons in the classroom, but also things I will use outside of the classroom and in all aspects of my life.”
Report an inappropriate comment