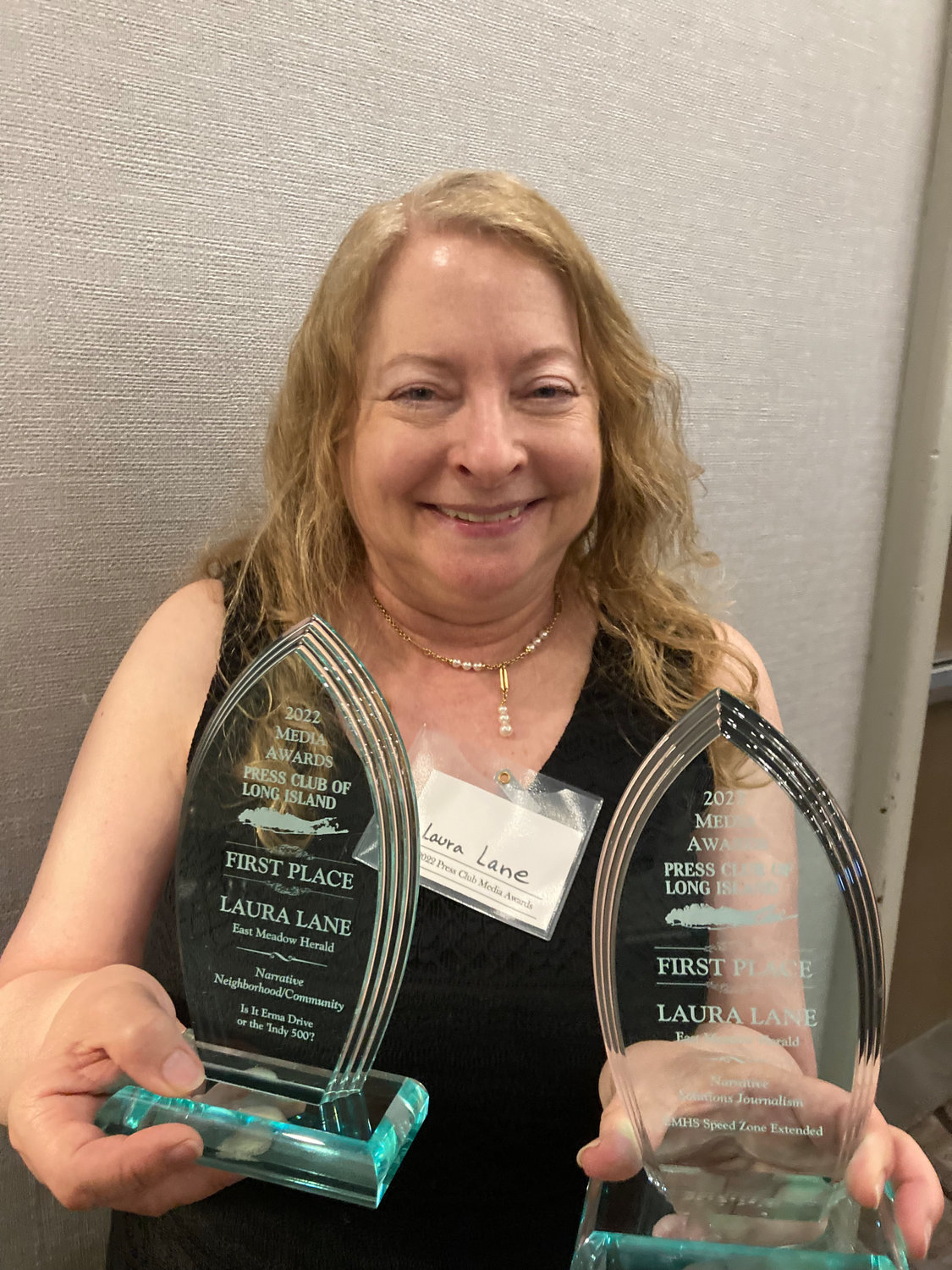 In its first in-person gala since the start of the coronavirus pandemic, the Press Club of Long Island handed out a number of awards on June 2 — including seven to Herald Community Newspapers.

Laura Lane — a senior editor over papers on Nassau County’s North Shore — led the way with two first-place wins for her story “Is it Erma Drive or the Indy 500?” about the hazardous traffic situation in East Meadow for both the neighborhood/community category, as well as for “solutions journalism.”

A team of current and former Herald staffers claimed the top spot in the breaking news narrative category with their coverage of the April 2021 shooting at the West Hempstead Stop & Shop. Peter Belfiore, Jim Bernstein, Scott Brinton, Sue Grieco and Nakeem Grant were honored for their work that appeared in the Malverne/West Hempstead Herald.

Along with the awards, the Press Club also inducted Brian Boyhan, Joye Brown, Drew Scott and Chris Vaccaro into its Hall of Fame.
Boyhan is a longtime award-winning journalist known for his work with the Sag Harbor Express as well as his involvement with the New York Press Association. He has also partnered with Elizabeth Bonora Cowles as a founding member of the Press Club’s East End chapter.

Brown has worked in radio, print and now television. She has worked at the News and Observer in Raleigh, North Carolina, as well as the Chicago Tribune and Newsday. Brown has also been a reporter, editor, administrator, editorial writer, columnist and commentator.

Scott has spent a half-century in broadcasting as both a radio and television journalist. He has won multiple Emmy and National Edward R. Murrow awards. Scott has covered the Son of Sam arraignment, President Bill Clinton’s impeachment, the TWA Flight 800 crash, and the attempted assassination of President Ronald Reagan — which he witnessed.

The Press Club of Long Island is open to professional and student members of the Society of Professional Journalists. To learn more, visit PCLI.org.