East Rockaway exotic animal lover is once again under fire 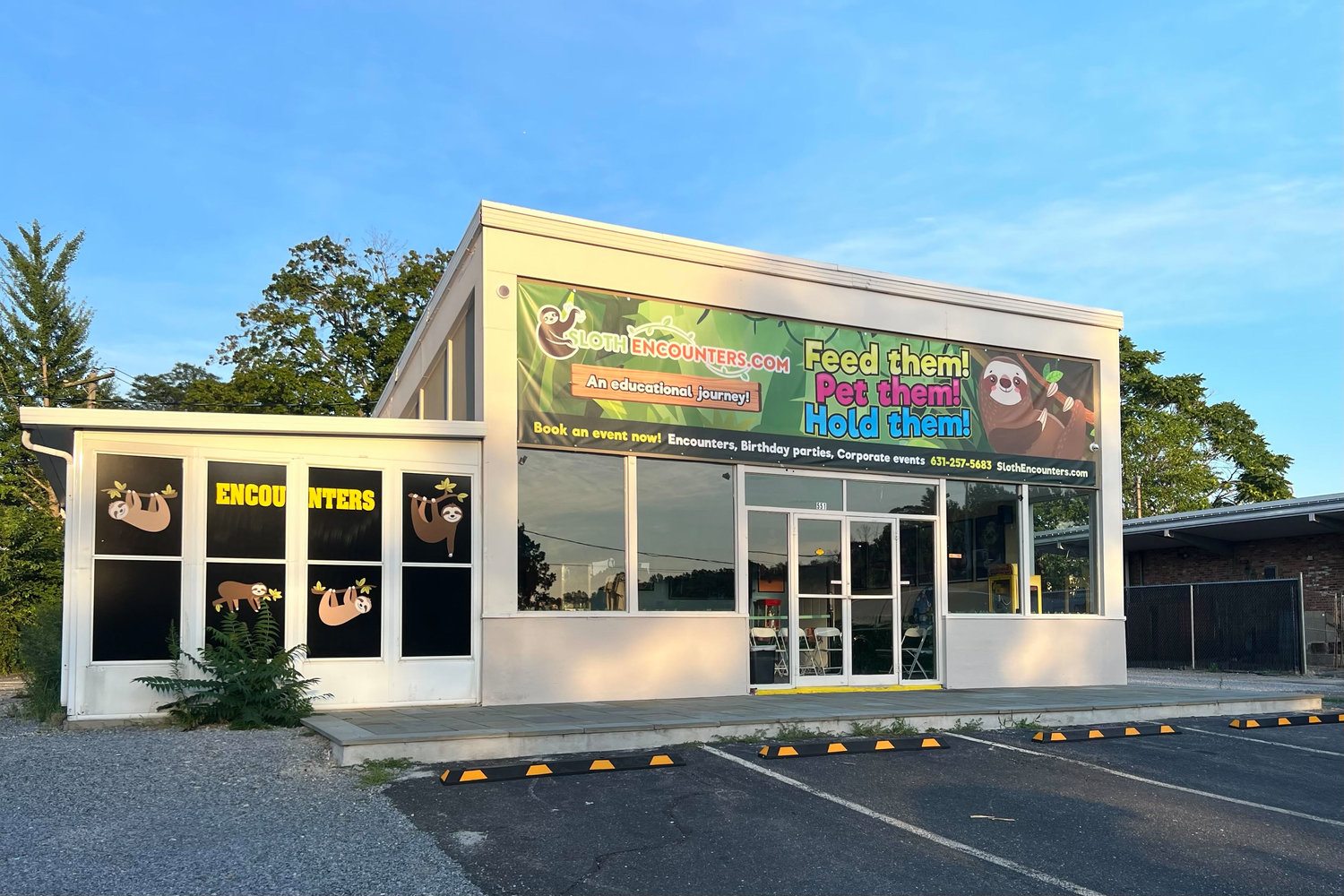 Sloth Encounters might be found in Hauppauge in Suffolk County, but at least some of its tree-hugging residents are supplied by Larry Wallach of East Rockaway, who has faced scrutiny from some animal rights groups and even the federal government in the past for how he maintains animals. Now the president of Humane Long Island wants to shut this exhibit down.
Courtesy Brian Pfail/Herald 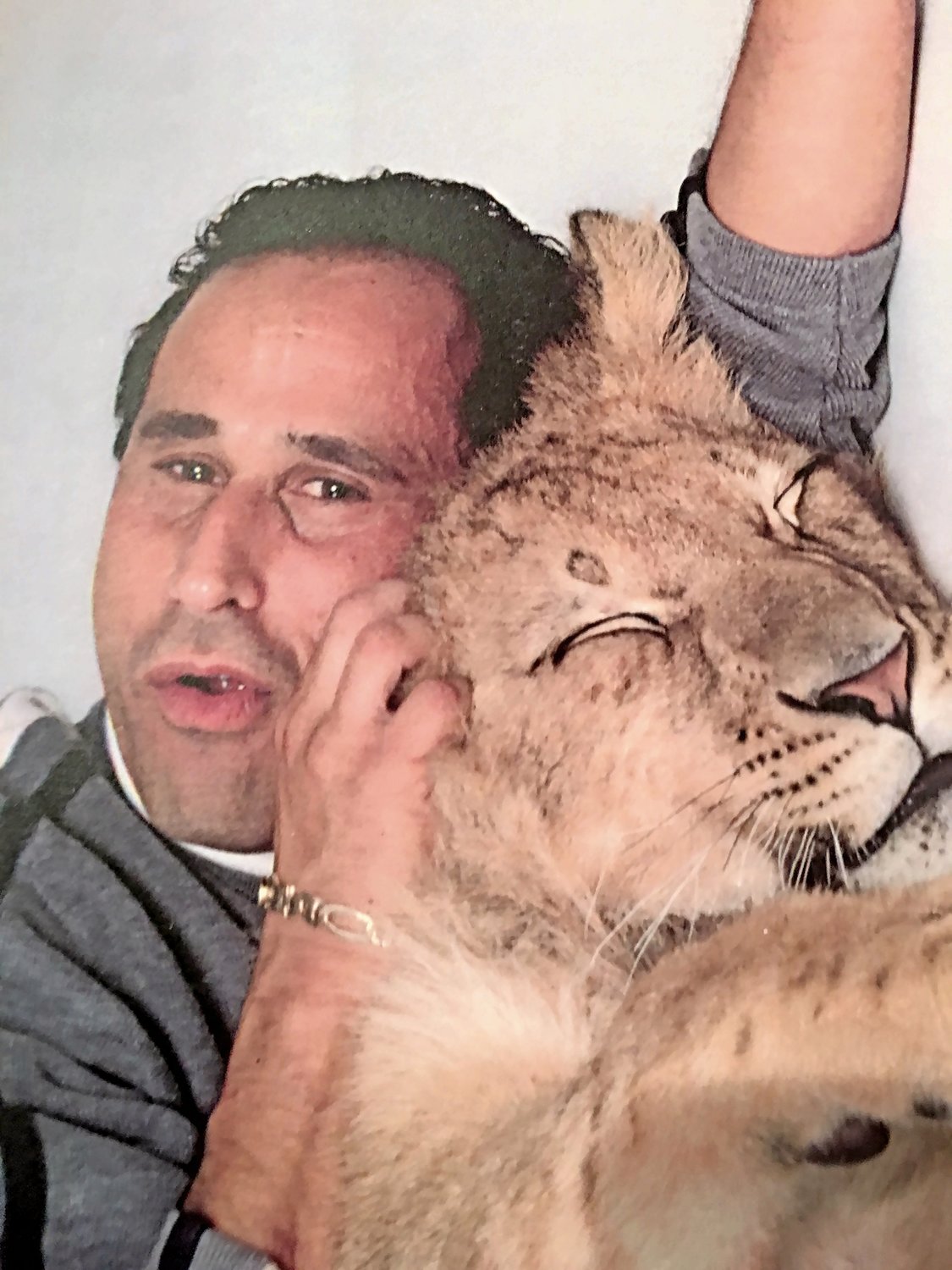 Larry Wallach, who is facing some pushback for a sloth exhibit he’s helping to stock in Suffolk County, had some trouble last year when federal officials cited him over conditions he was keeping a juvenile tiger named Sheba in his East Rockaway home. Wallach maintains he properly cares for all his animals.
Courtesy Larry Wallach
Previous Next

I believe we should not be taking animals out of the wild, and we shouldn’t be breeding them into lifetimes of confinement.”
John Di Leonardo president, Humane Long Island
By Brian Pfail

An East Rockaway man with a history of getting in trouble with some of the animals he’s kept has become the focus of attention again over a sloth exhibit he’s maintained in Hauppauge.

Larry Wallach is facing more than a dozen compliancy notes from local officials for his petting zoo — known as Sloth Encounters — for everything from dirty water to unkept cages. It’s yet another string of complaints against Wallach that has grabbed the attention of Humane Long Island president John Di Leonardo, who wants the Suffolk County facility shut down.

“I’ve seen pictures from complainants who have contacted me about this place,” Di Leonardo said. “This isn’t a zoological park. It’s literally an old pool store that he blacked out the windows and put some fake plants inside.”

Di Leonardo has never met Wallach, or even been inside Sloth Encounters. But the well-being of the sluggish tree dwellers is paramount to him, and he believes Wallach is simply exploiting the animals for money.

Wallach, who would not comment on Di Leonardo’s claims, is not a stakeholder on the business side of Sloth Encounters, according to reports. He just provides and cares for the gentle creatures. He does say the exhibit’s permits are up to date through 2023, and that he’s providing sufficient food, water and shelter for the sloths.

The sloths are in their own individual overarching spaces where the humidity is pumped up above 90 percent. They are provided the mandatory water tub used for bathing, and are said to be fed stringed vegetables.

But that’s not as cozy as it might sound, Di Leonardo said.

“I believe in sanctuaries,” he said. “I believe we should not be taking animals out of the wild, and we shouldn’t be breeding them into lifetimes of confinement.”

Di Leonardo also says he’s against aquariums and zoos, claiming that they offer no educational benefit, and are only for profit. He also believes endangered species housed in zoos do not receive the necessary attention they need for survival.

This isn’t the first time Wallach has made headlines over animals. Last year, he was cited by the U.S. Department of Agriculture for keeping a sloth and a wallaby — a kangaroo-like animal native to Australia and New Guinea — in unsafe conditions at his home. The sloth was living in his garage surrounded by stacked items that could’ve potentially injured it, according to published reports.

The wallaby was kept in an enclosure too small to contain it, officials said. Plus, wallabies are illegal to keep in Nassau County, since they can be dangerous — something Wallach was cited for in 2017.

And just months before that, Wallach had the attention of both the USDA and the People for the Ethical Treatment of Animals over videos he posted on Facebook reportedly showing him using an electric prod to scare a juvenile tiger named Sheba. The USDA cited Wallach for violations of the federal Animal Welfare Act, claiming he kept Sheba in a rundown enclosure, and handled him in a dangerous and inhumane manner.

Wallach claimed at the time he used the prod as a training tool to calm animals, not to shock them. He told the Herald in 2021 he has trained up to 50 tigers, and owned dozens of wild animals of various kinds over the years.

“Never once do I touch the animal with the” prod, he said then. “I do use the noise because the noise is a training thing. I use it because it makes a noise. Not once did I ever light up a tiger, and the reason is because tigers remember. The last thing you want to do is piss off a tiger.”

Sheba later moved to an animal sanctuary in Ohio, but Wallach — a former wildlife unit captain for the Society for the Prevention of Cruelty to Animals — maintained at the time he properly cares for the animals in his charge.

Still, Di Leonardo doesn’t like what he’s hearing about Wallach, or about Sloth Encounters. And he hopes to get the facility closed down.